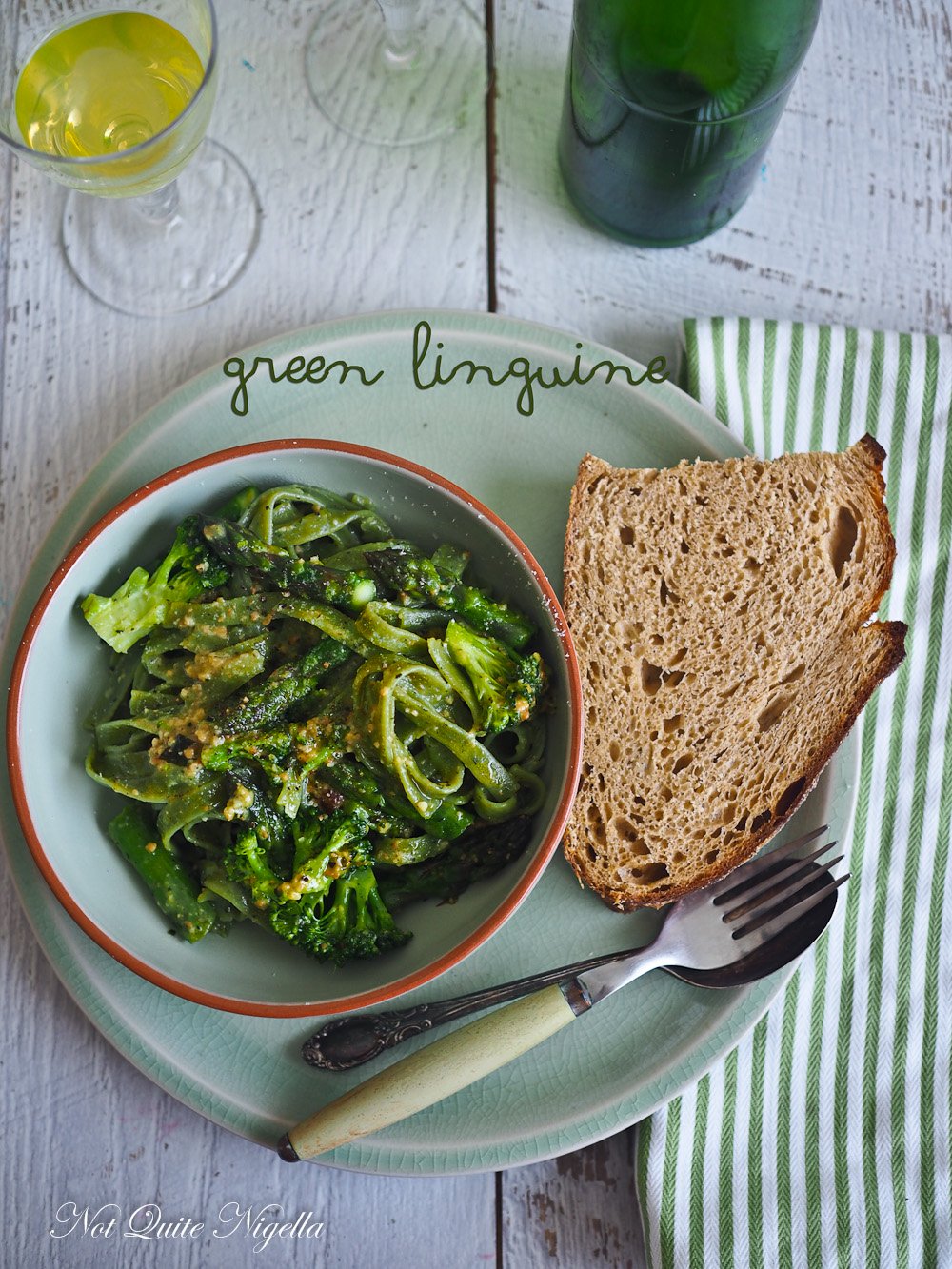 Sometimes you want to eat a bit green. As in healthy, wholesome food but still full of flavour. This spinach linguine is paired with home made basil pesto, broccoli florets and spring asparagus for a powerful of flavours. Going green has never been this tasty!

Mr NQN didn't grow up eating meat but he loves eating it. But there are a 2-3 days a week where we have vegetarian food. I had some roast chicken that I could have added to this (and if you want to feel free to add it) but I liked this just as it was. An unapologetically green dish where you can be sure that you're getting your serves of vegetables or at least leaping towards the goal with vigour.

Mr NQN also didn't grow up going to the movies. The Elliott family didn't even have a television until the kids were teenagers and his sister begged his parents for one. And with some movie theatres charging up to $40 per ticket for gold class he is even more reluctant to try it (and honestly I think it's crazy too, I'd rather eat something with my $80). That usually means that we watch movies at home. 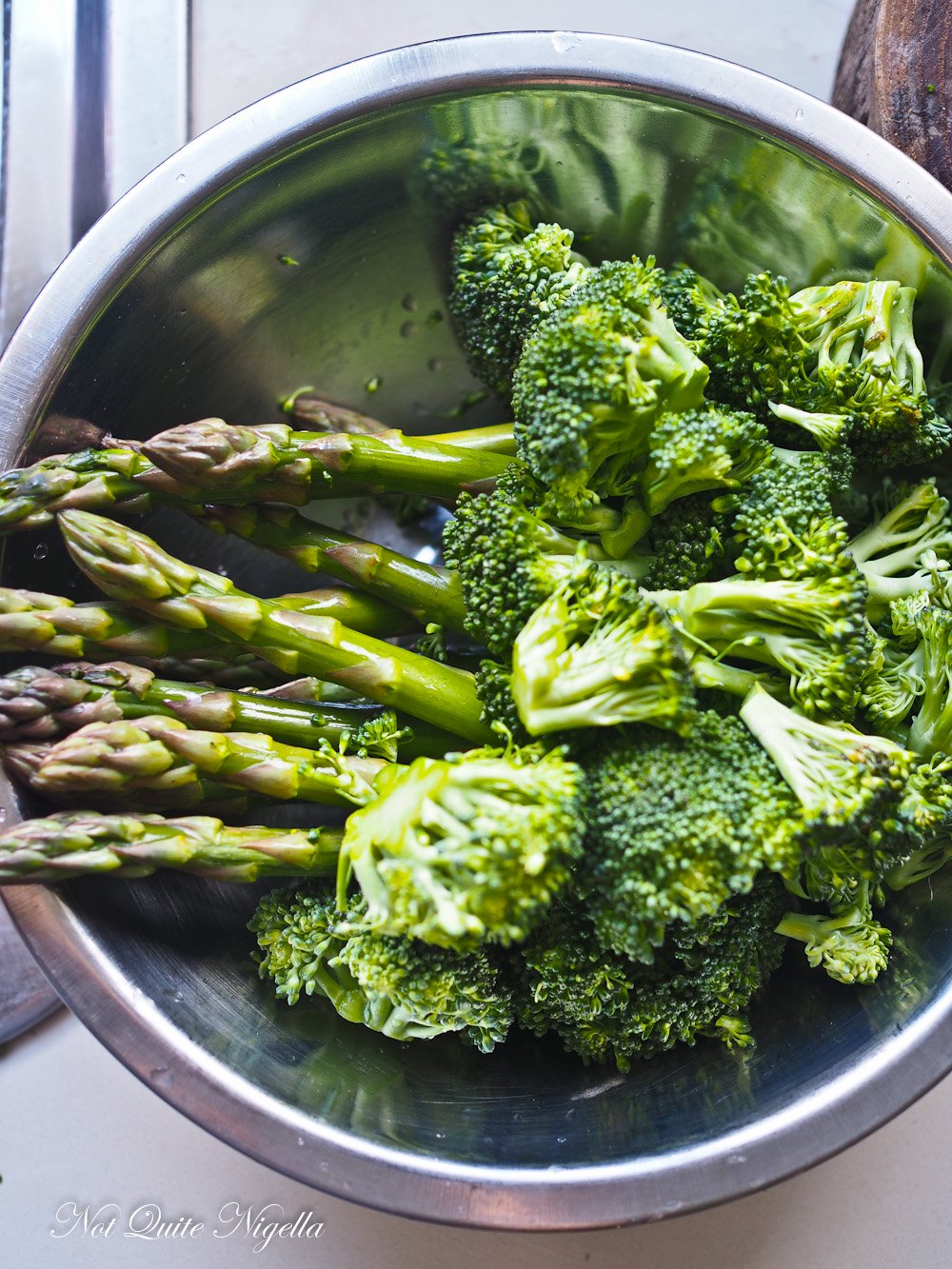 Our movie routine at home consists of me buying a movie or watching it on one of our subscriptions. Then I have to coax him off his computer which isn't always successful.

And yes I usually end up watching a movie by myself and then telling him about the plot the next morning!

So tell me Dear Reader, do you go to the movies a lot? Do you watch them at home? Has your pattern of movie watching changed? And how often do you make vegetarian meals? 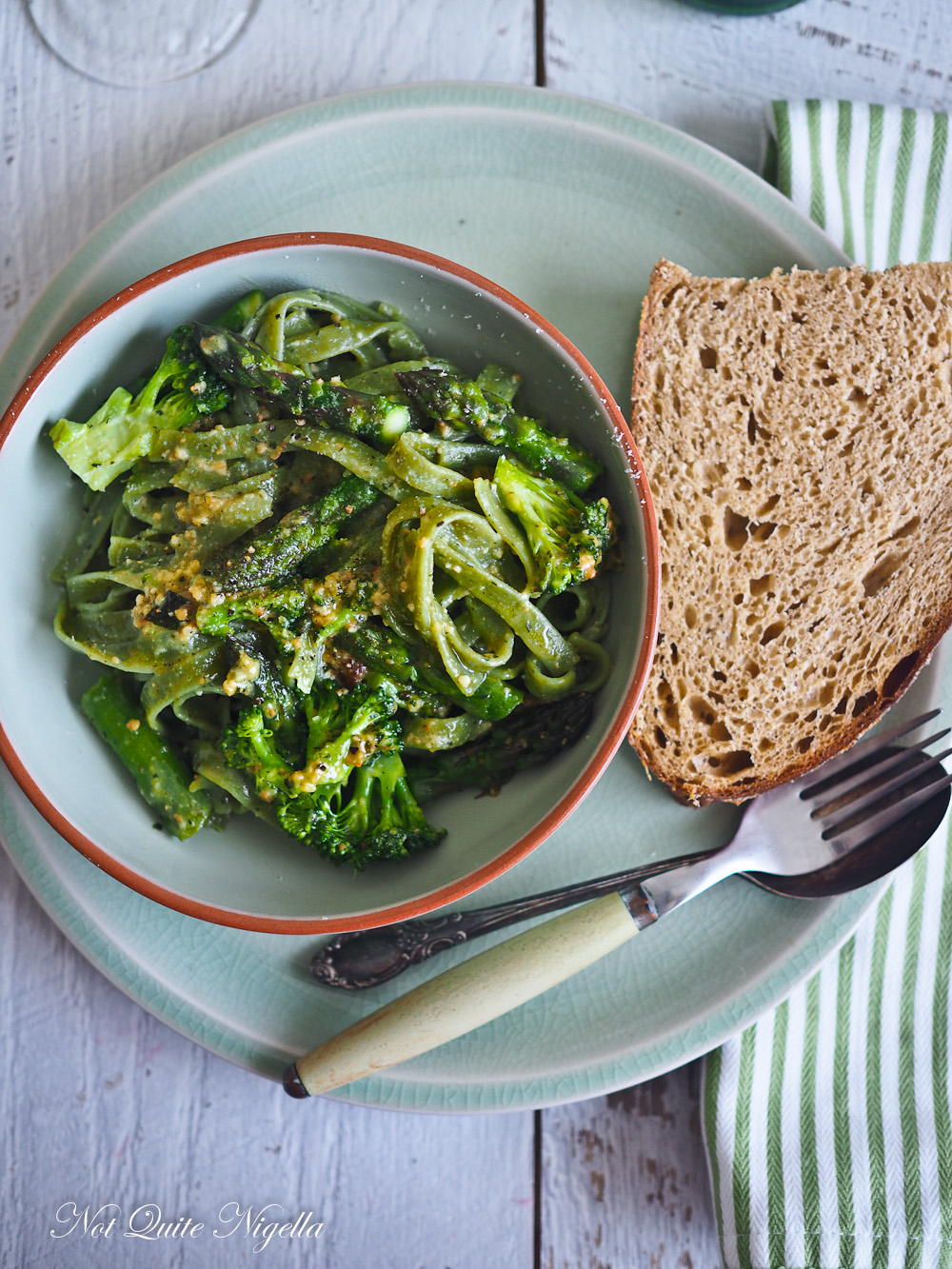 Step 1 - Boil the pasta in plenty of salted boiling water according to the directions. Reserve 1.5 cups of the pasta cooking water. 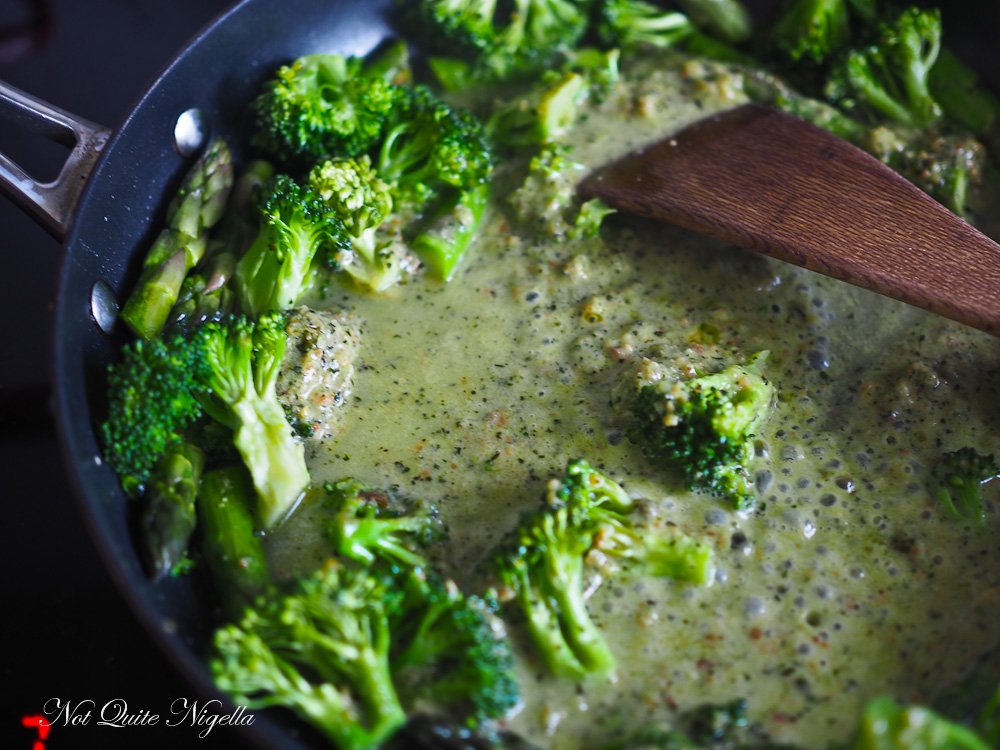 Step 2 - Meanwhile, heat the olive oil in a large frypan and saute the broccoli and asparagus for 3-4 minutes until softened. Then add the pesto and 1 cup of the pasta water (in two lots). Add the pasta into the frying pan and coat with the pesto adding more pasta water if necessary. Season with salt and pepper and serve with grated cheese. 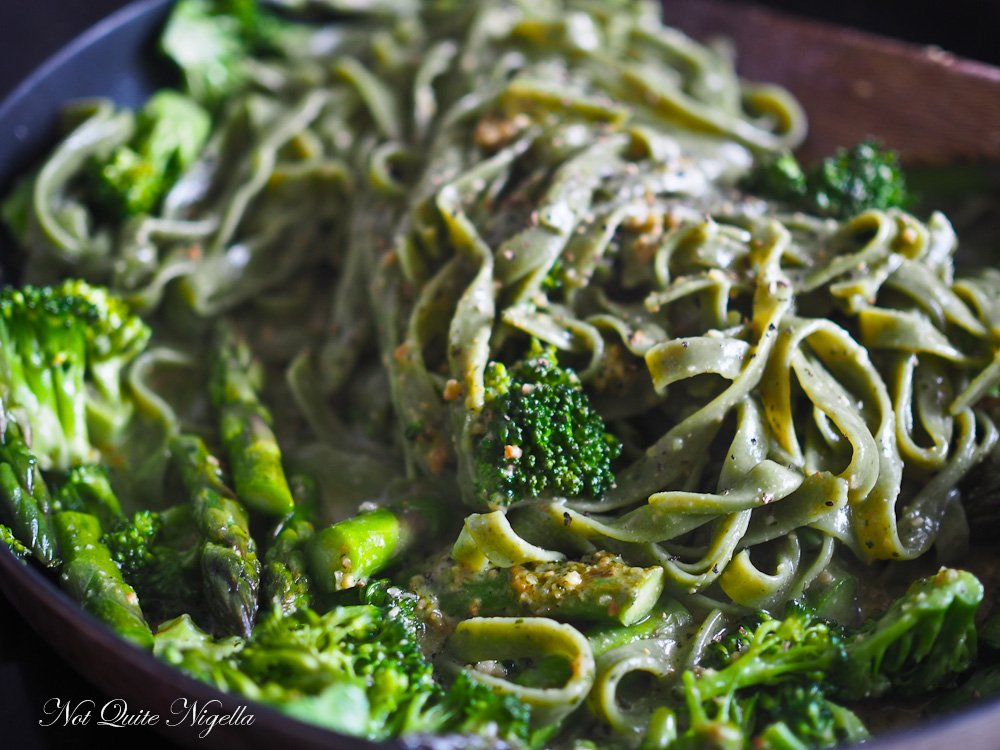