Ever Wanted To Make Authentic Bolognese From Bologna? 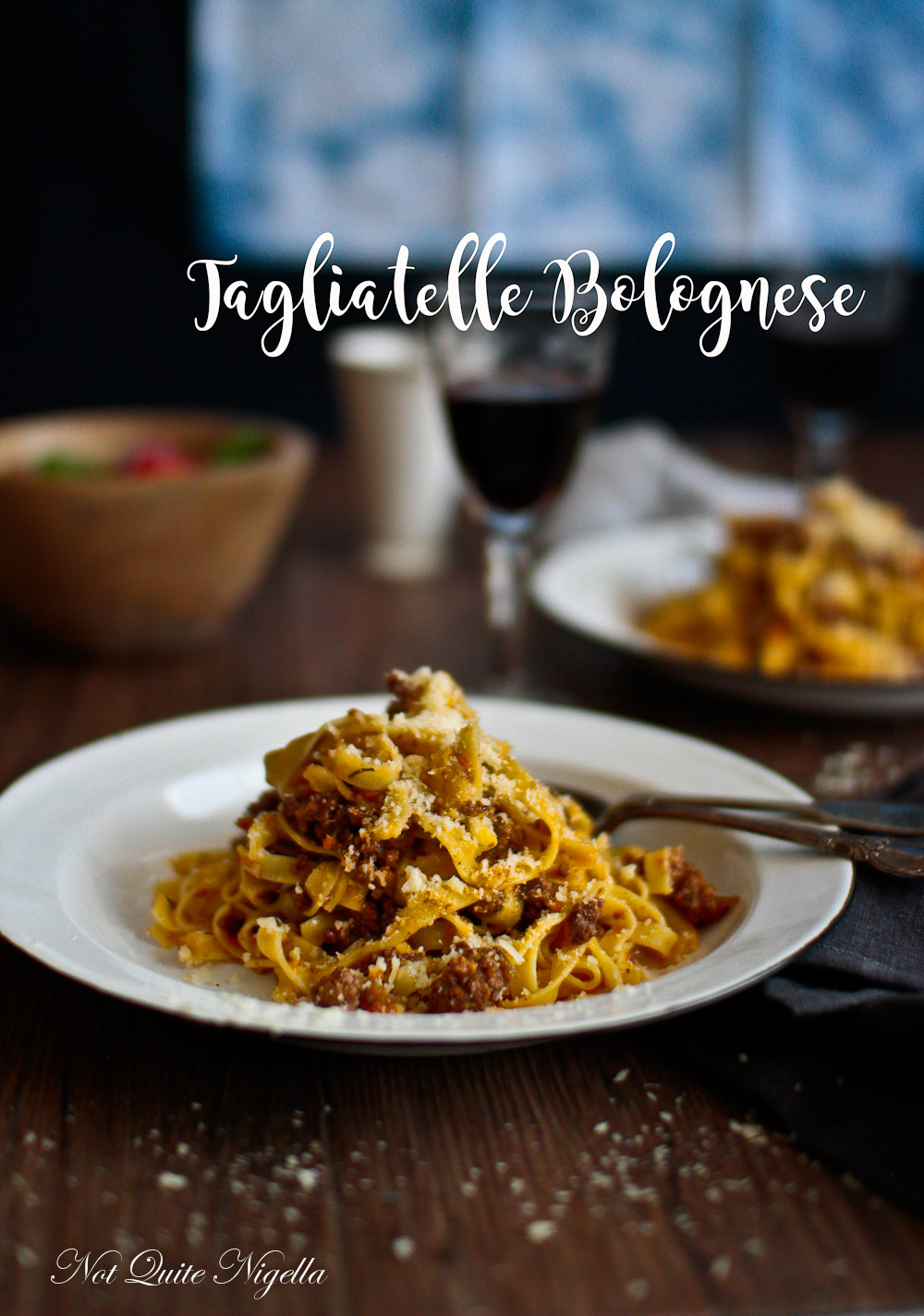 We've probably all tried spaghetti bolognese in our lives. It's a great standby dish that pleases the whole family. But are you curious to try an authentic bolognese from Bologna where it was created? The bolognese sauce is probably quite different from the one that you make and it has a wonderfully rich flavour, not from tomatoes but from the beef stock that you cook with. Plus, learn why you should never ask a Bolognese person for spaghetti bolognese! ;) 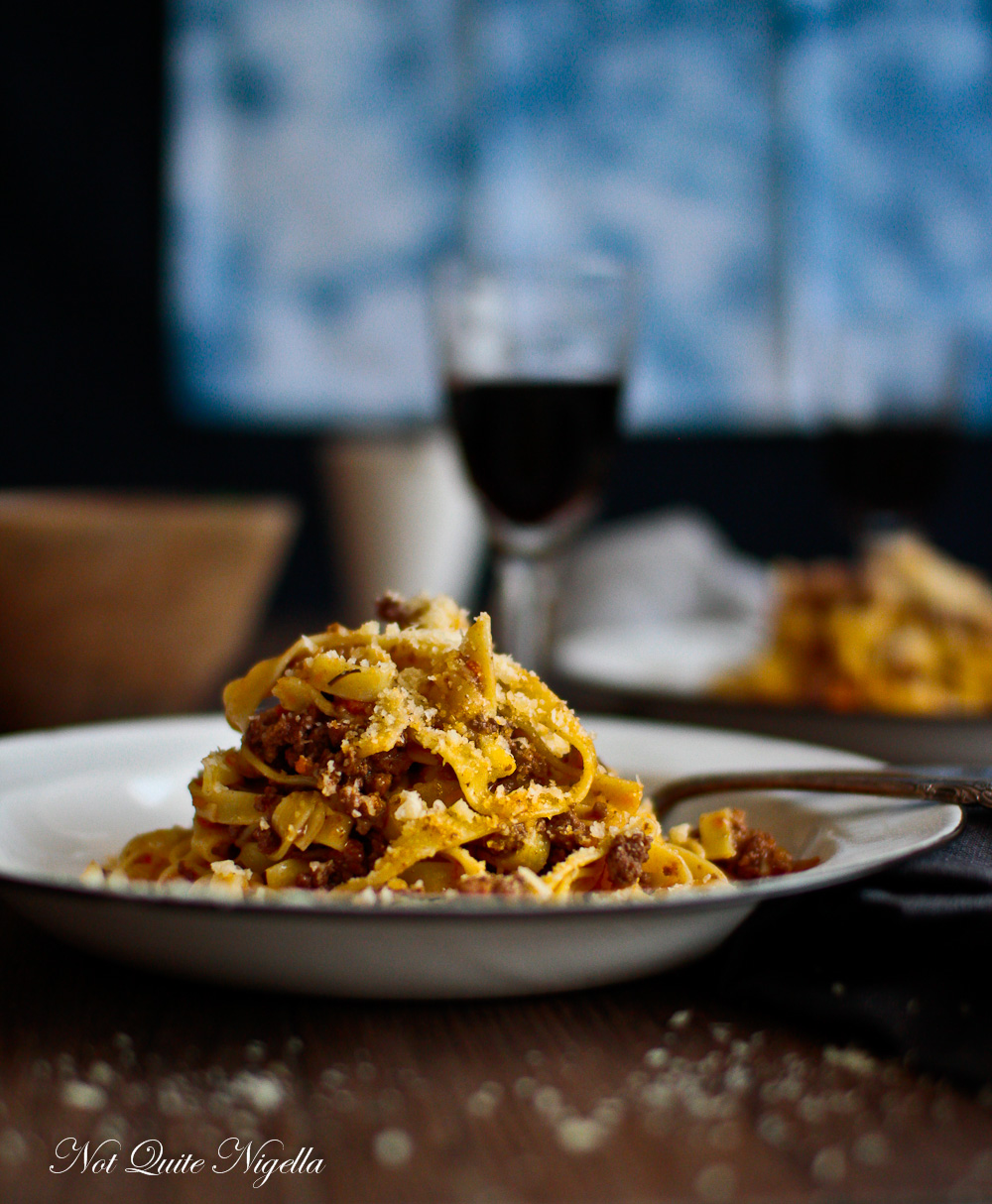 I learned this recipe at a Bologna Cucina cooking class in Bologna where chef Davide Berchiatti showed us the secret to the best bolognese recipe. Unlike bolognese recipes outside of Bologna, the predominant flavour isn't tomato, it's actually a rich beef stock that becomes the strongest flavour.

A good bolognese ragu is cooked for a period of four hours (although you can cook it for 2 hours over a faster heat). Some parts of Italy use meat pieces but in Bologna they make bolognese ragu using a combination of minced beef and minced pork belly. And being so close to Parma, it is finished off with a very generous spoonful or two of Parmigiano Reggiano on top. 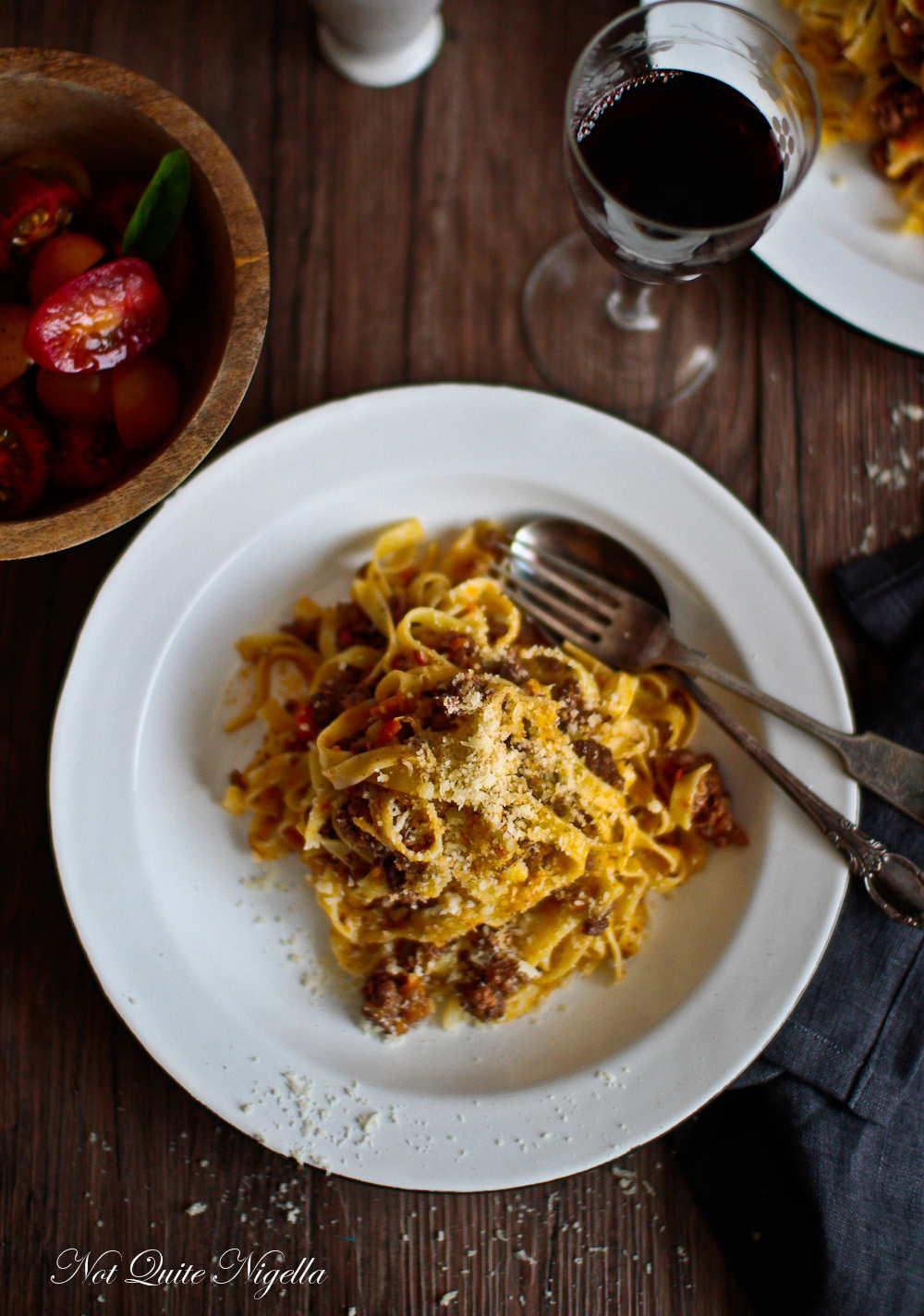 I made this for a dinner party with Louise, Viggo, Nina and Garth. They were intrigued to find out what an authentic bolognese was like and remarked that it was quite different from the bolognese that Australians might know but that it was different in a good way.

After dinner we played Cards Against Humanity. Have you ever played it? It's so much fun although it isn't for those without a wicked sense of humour. Basically you have black cards that have a phrase with a blank word or two that you have to fill in. In your hand you have a set of 7 white cards all with words you can complete the sentence with. It's politically incorrect and pretty damn funny.

I had a terrible hand of white cards and the most promising card was "Object permanence" so I handed it in. Mr NQN read out the answers, needless to say they were all better than my card. So figuring I had nothing to lose, when he read out "object permanence" I let out a hearty laugh trying to suggest that it was actually a really witty answer. Nina then started laughing next to me and then everyone looked surprised and giggled.

I had to 'fess up that I was only trying to suggest that it was clever because it was such a bad card. "Oh I actually thought that it was funny because you laughed" giggled Nina into her cards.

So the moral is fake it until you make it? Or at least until you get the real thing, like this authentic bolognese recipe! 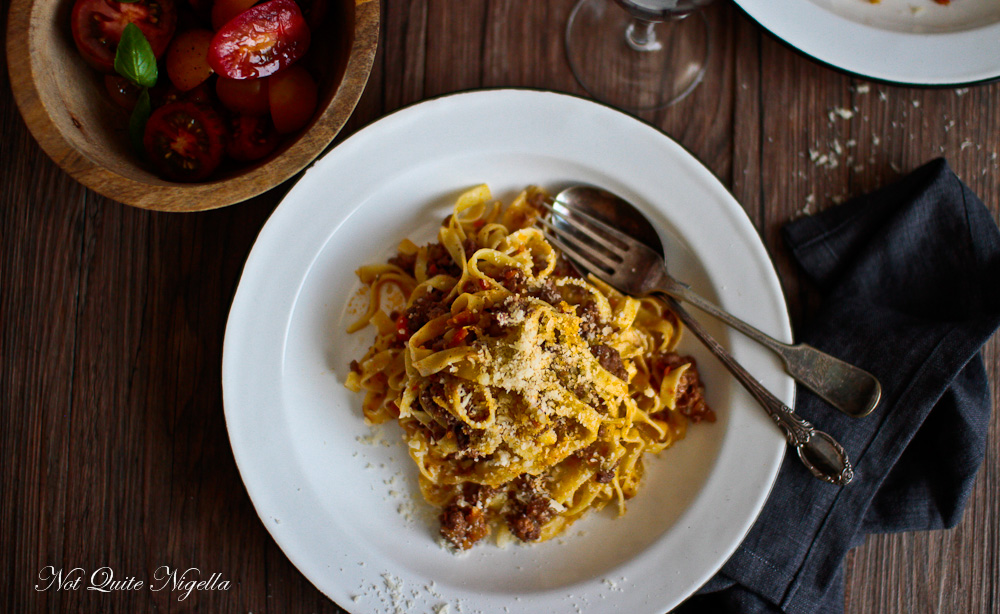 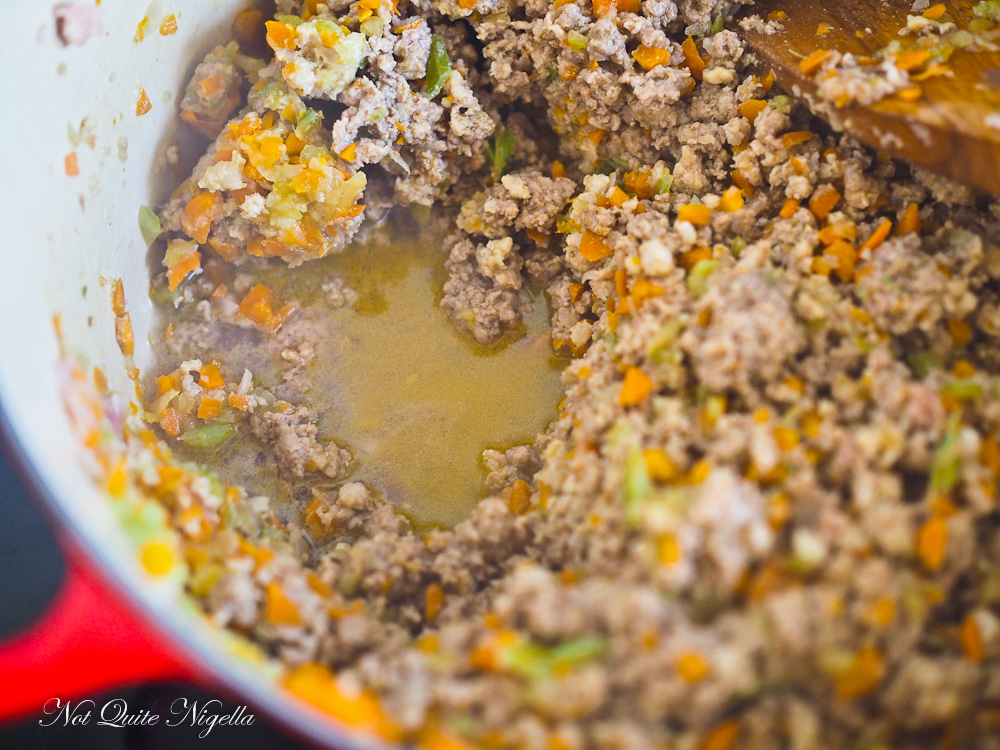 Step 2 - Add the beef and pork mince and brown making sure to break up the mince and remove the chunks. Cook until the liquid releases from the meat. Add the red wine and cook for 1 minute or so, then add the tomato paste and 1/2 cup of the broth. Place the lid slightly ajar on the pot and turn down to low once it is simmering. Cook for up to 4 hours adding in more stock as needed. Once it is cooked, add in the tablespoon of cream. 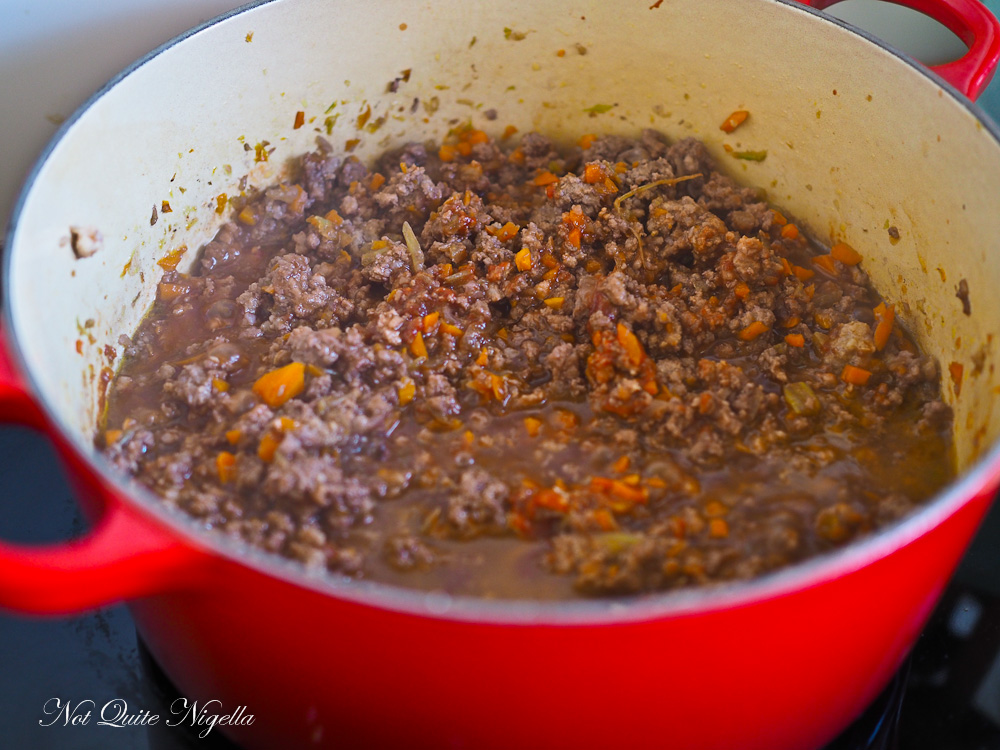 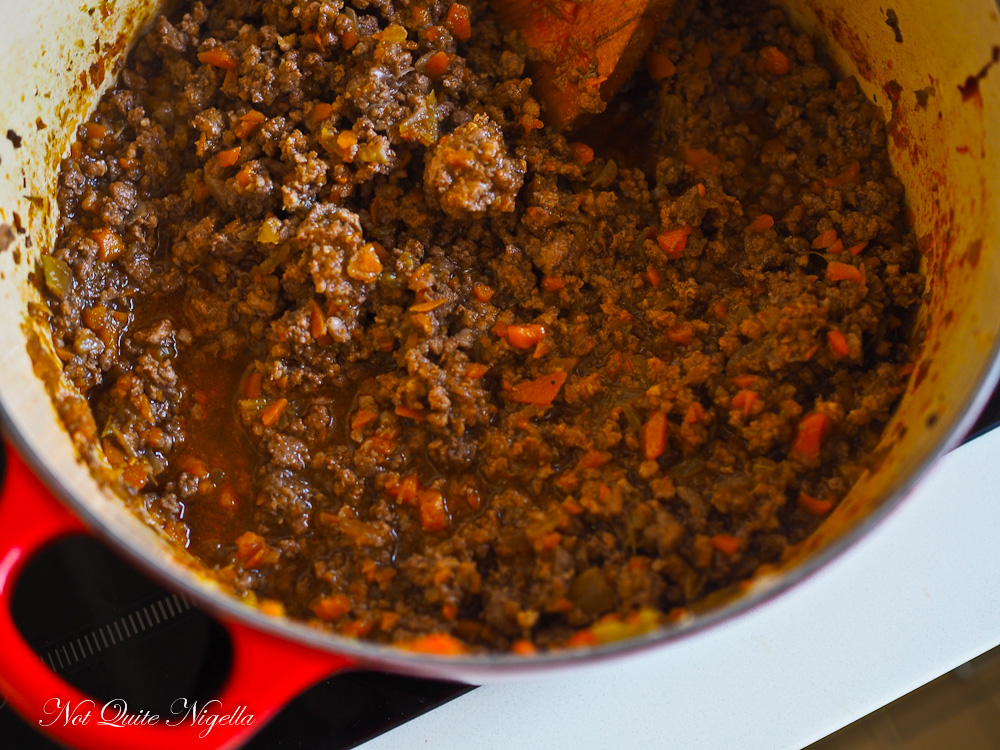 Step 3 - 15 minutes before you want to eat it, cook the tagliatelle in plenty of salted boiling water until al dente. Drain the pasta and stir through the sauce until it is coated with the sauce. Place on plates and then serve hot with plenty of freshly grated Parmigiano Reggiano cheese.