Off The Hook! Fish Bone Pasta 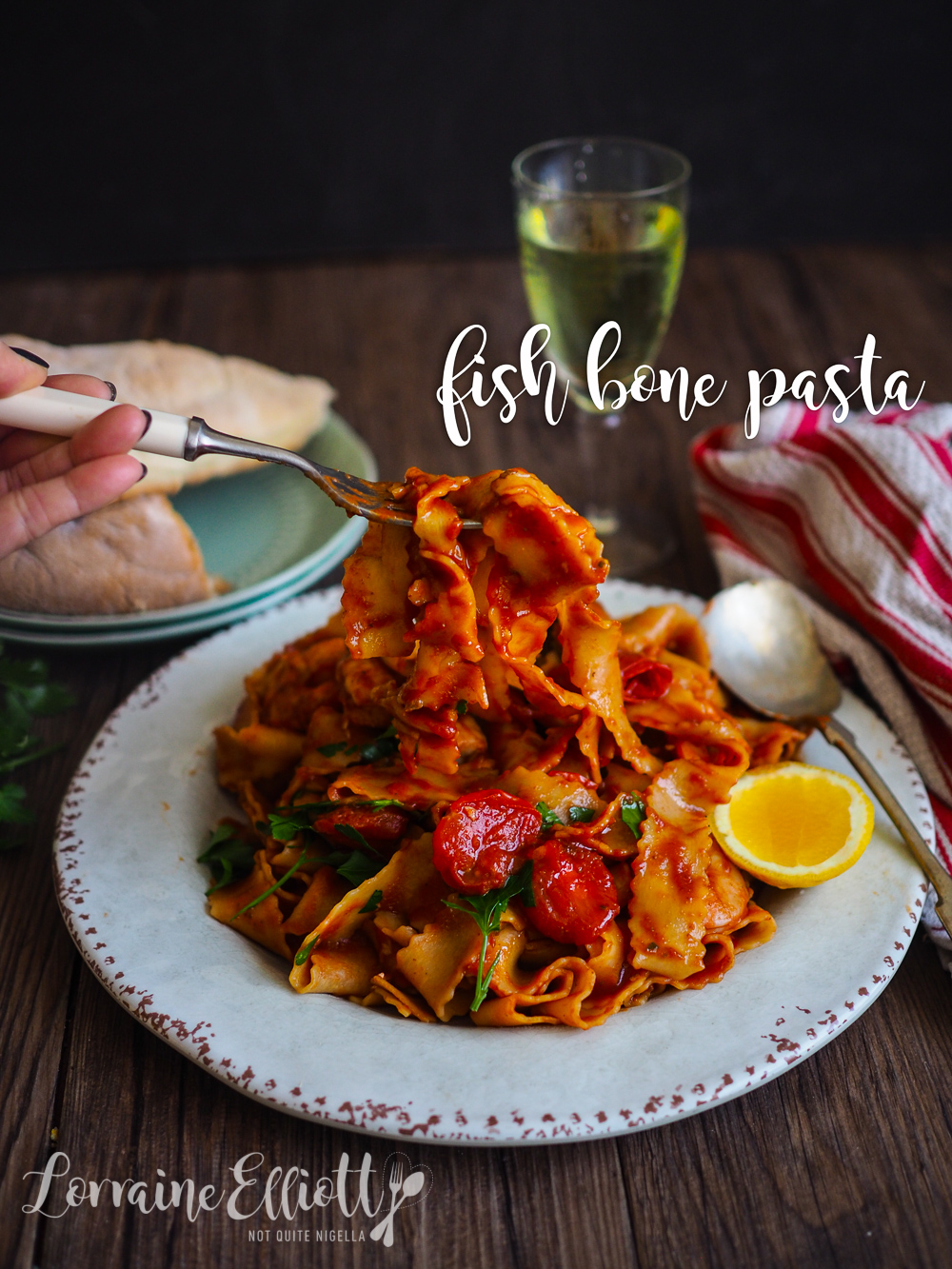 Waste not, want not! This frugal pasta sauce makes use of all the bits you might discard. Fish bones, fish heads and prawn heads are roasted until the flavour intensifies and then simmered to make a rich stock. The sauce is finished with tomatoes, a touch of saffron, chilli and prawns and served on a ribbon pasta! 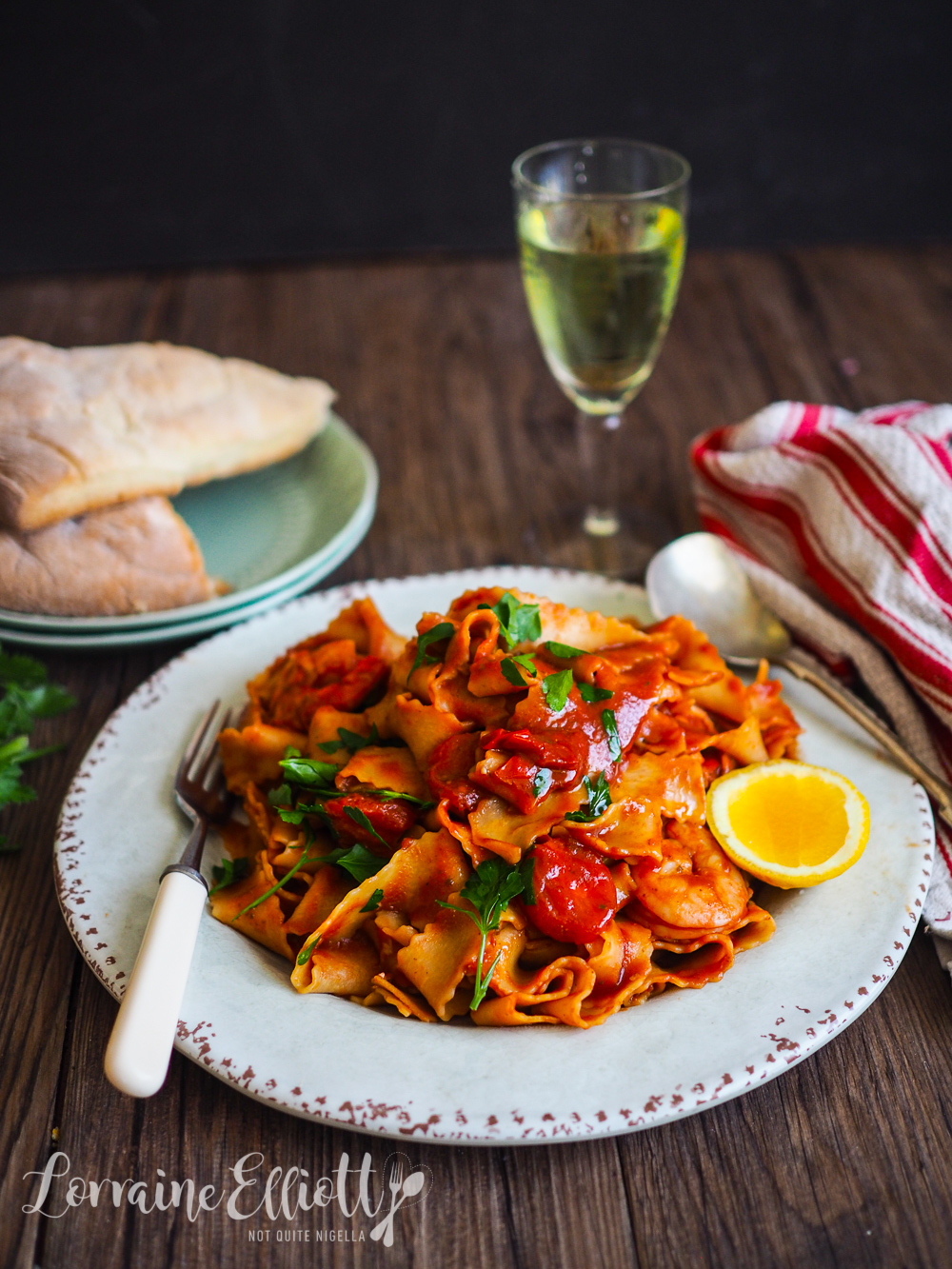 I made this dish inspired by one I ate in Port Stephens at The Little Nel. It was so delicious and it always had it in the back of my mind to recreate it. It was only when I made the snapper fillets the other day that they came to fruition. 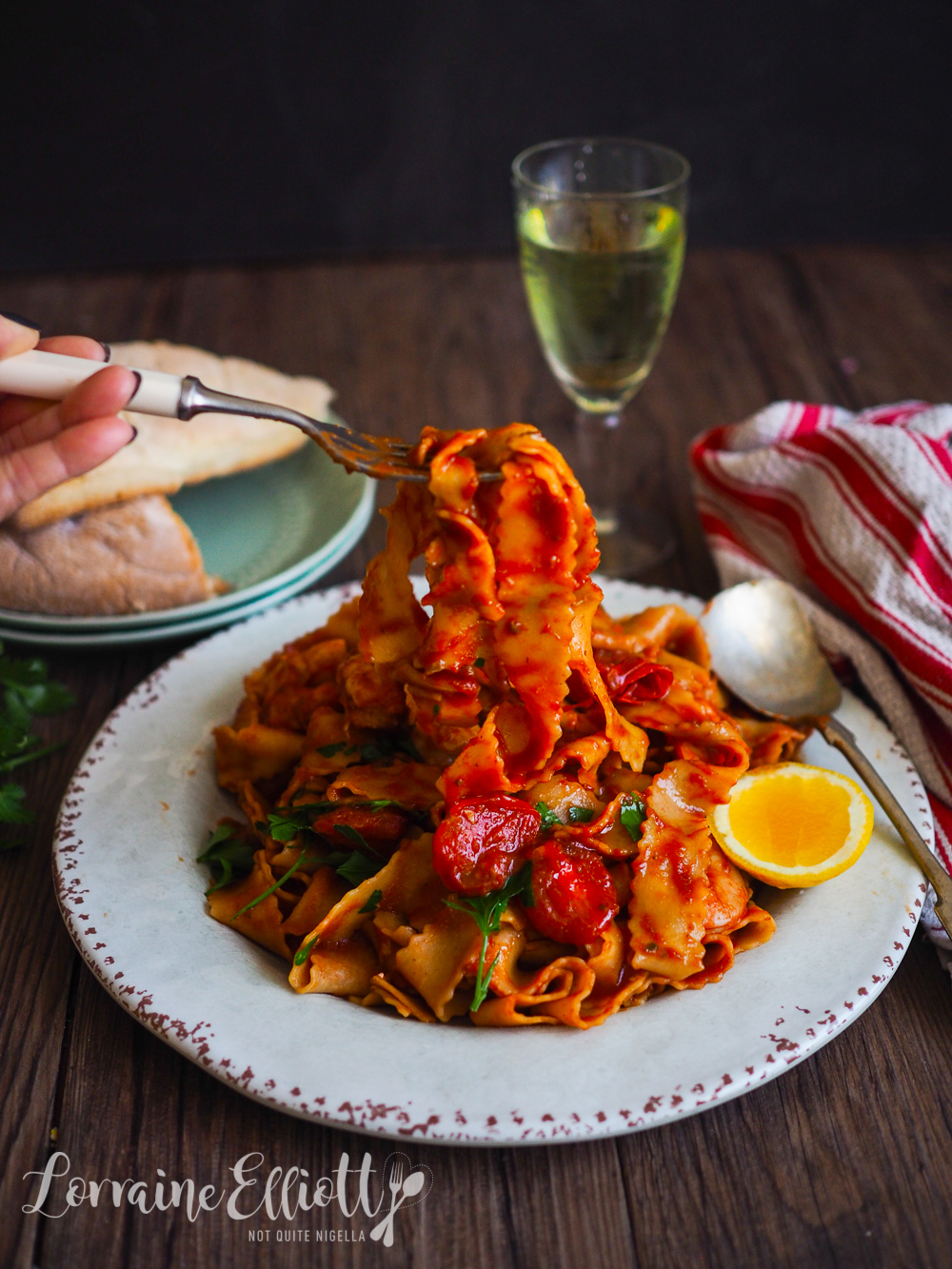 My fishmonger didn't have any more snapper fillets but he had two snappers that he said he would fillet for me. "Do you want the head and bones?" he asked and I said yes. I stuck them in the freezer until I wanted to make this dish. 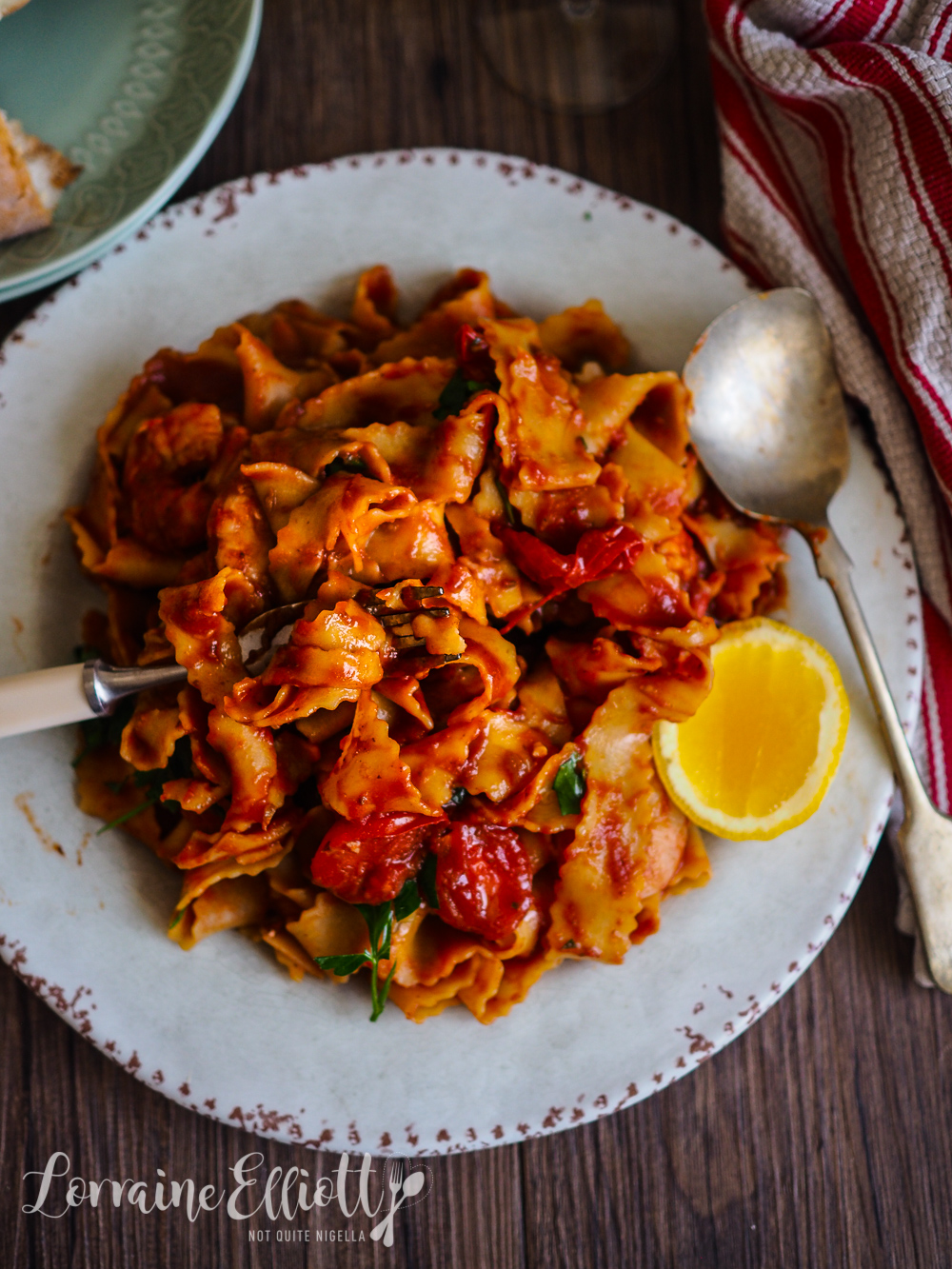 Sometimes I stick things in the freezer without labelling them. I know it's silly but honestly every time I think I'll remember what it is and I don't. I put things like herbs (which are easy to identify), juices, lard, leftover wine (yes it can happen) and egg whites in the freezer. This slapdash method has its drawbacks though and I've been caught out more than once. 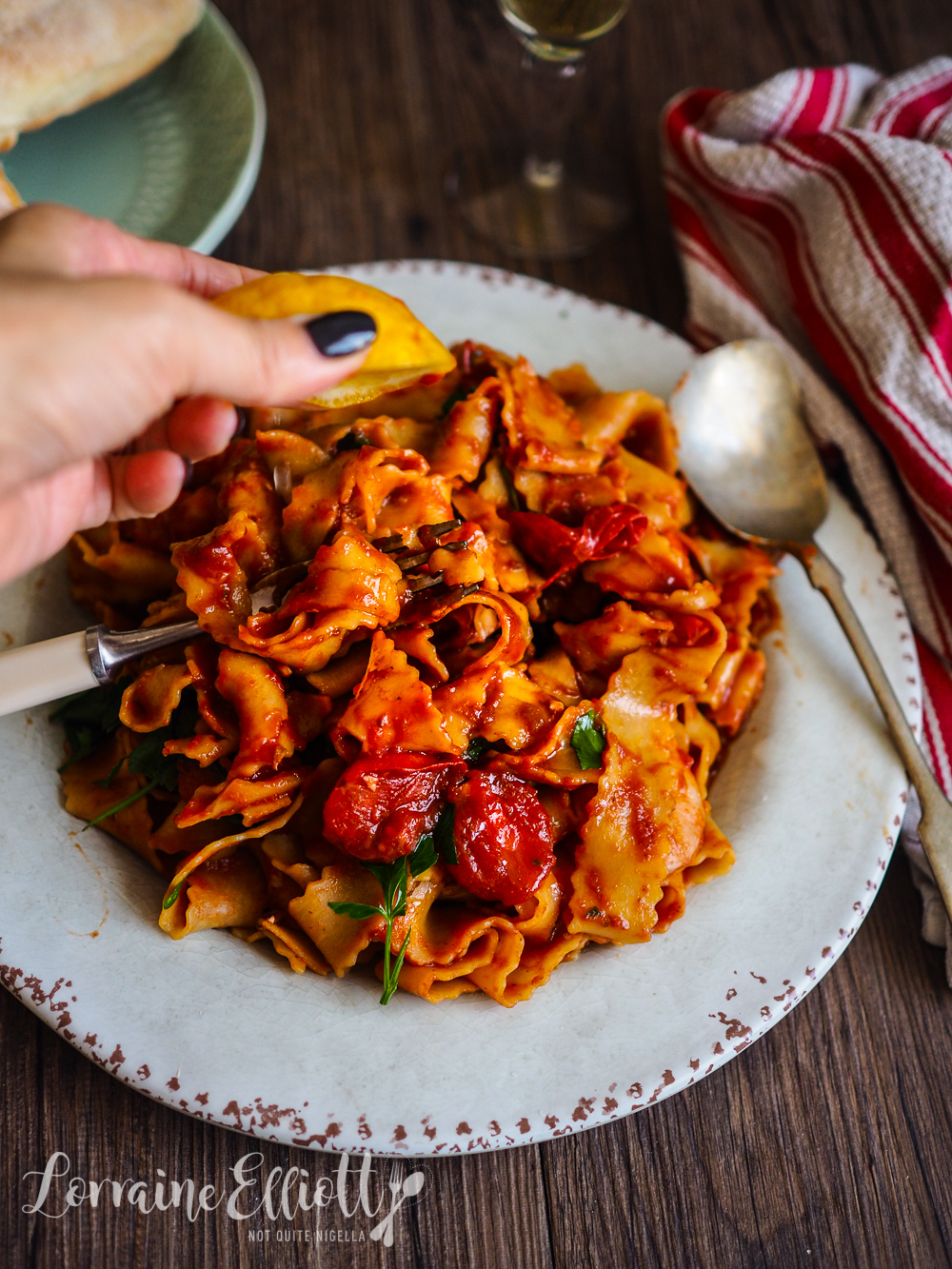 When I went to make an egg white omelette for lunch I fried some onions and then tipped my defrosted egg whites into the pan. It was of course not egg whites at all but white wine! White wine when frozen looks awfully like egg whites especially when you're not really paying attention and have sinus problems that day. But I will say that even if this happens, it can be saved. You can even save that wine and onion combination as a base for this fish bone pasta it's that versatile!

So tell me Dear Reader, do you label things in your freezer? Have you ever mistaken something for another? Do you keep fish bones and prawn shells? 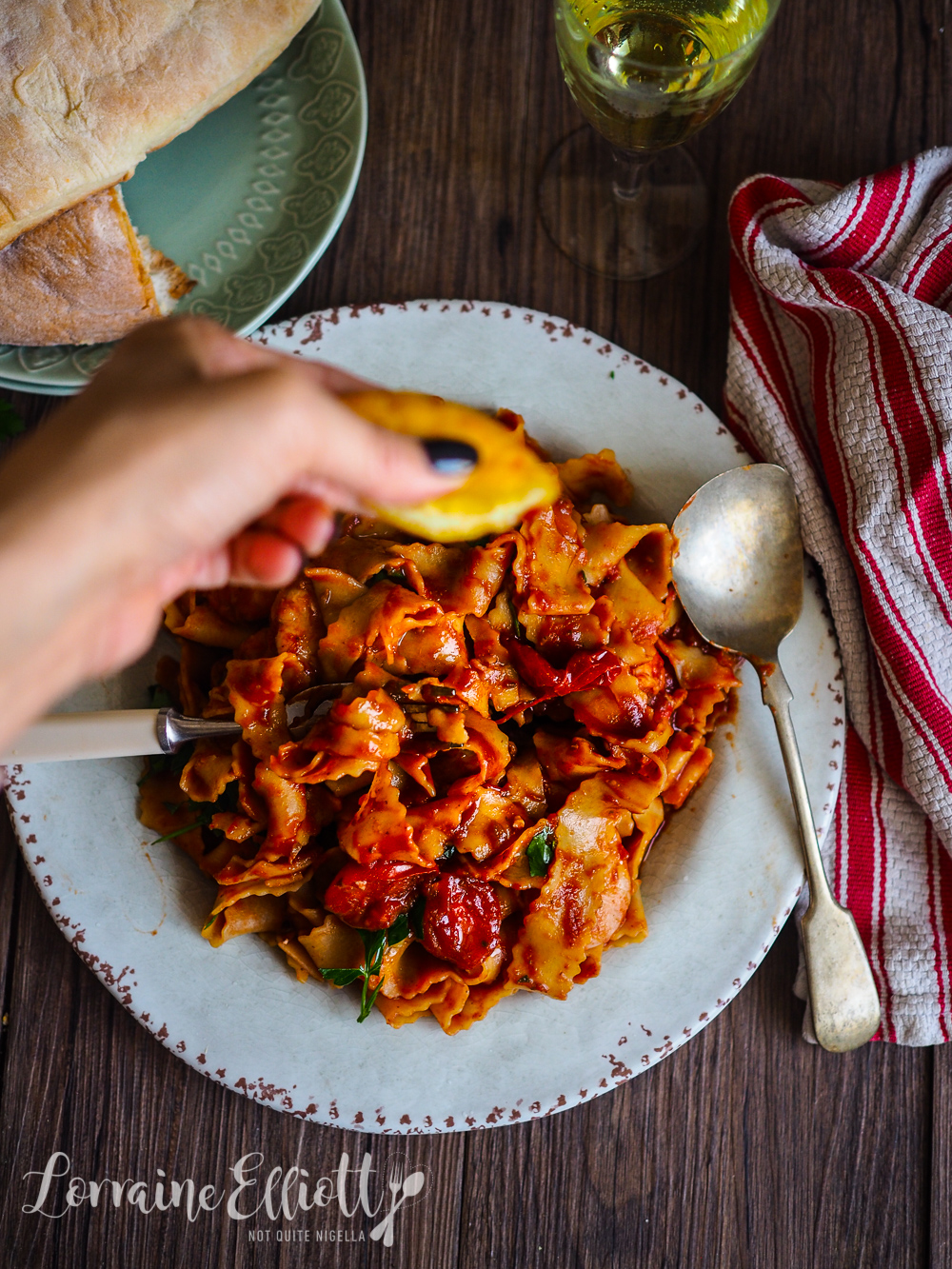 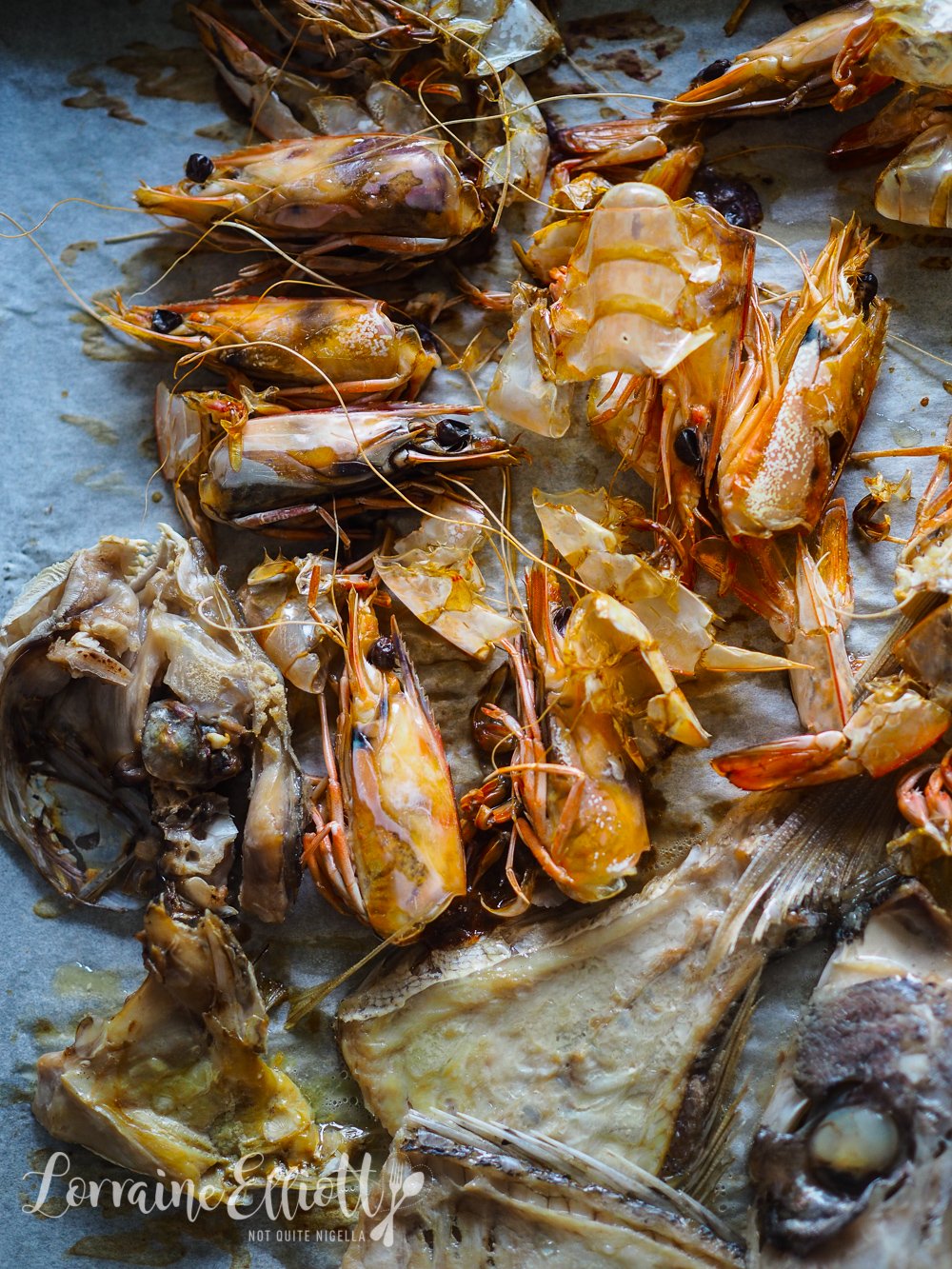 Step 1 - Preheat oven to 200C/400F and line 2 baking trays with parchment. Roast the bones/shells for 10 minutes. Place in a pressure cooker with the celery, carrot and water and cook on medium pressure for 30 minutes (you can do this on the stovetop too and just simmer for 2 hours). Press the vegetables and bones/shells through a sieve and strain the liquid. It should be nice and concentrated. Strain the liquid. 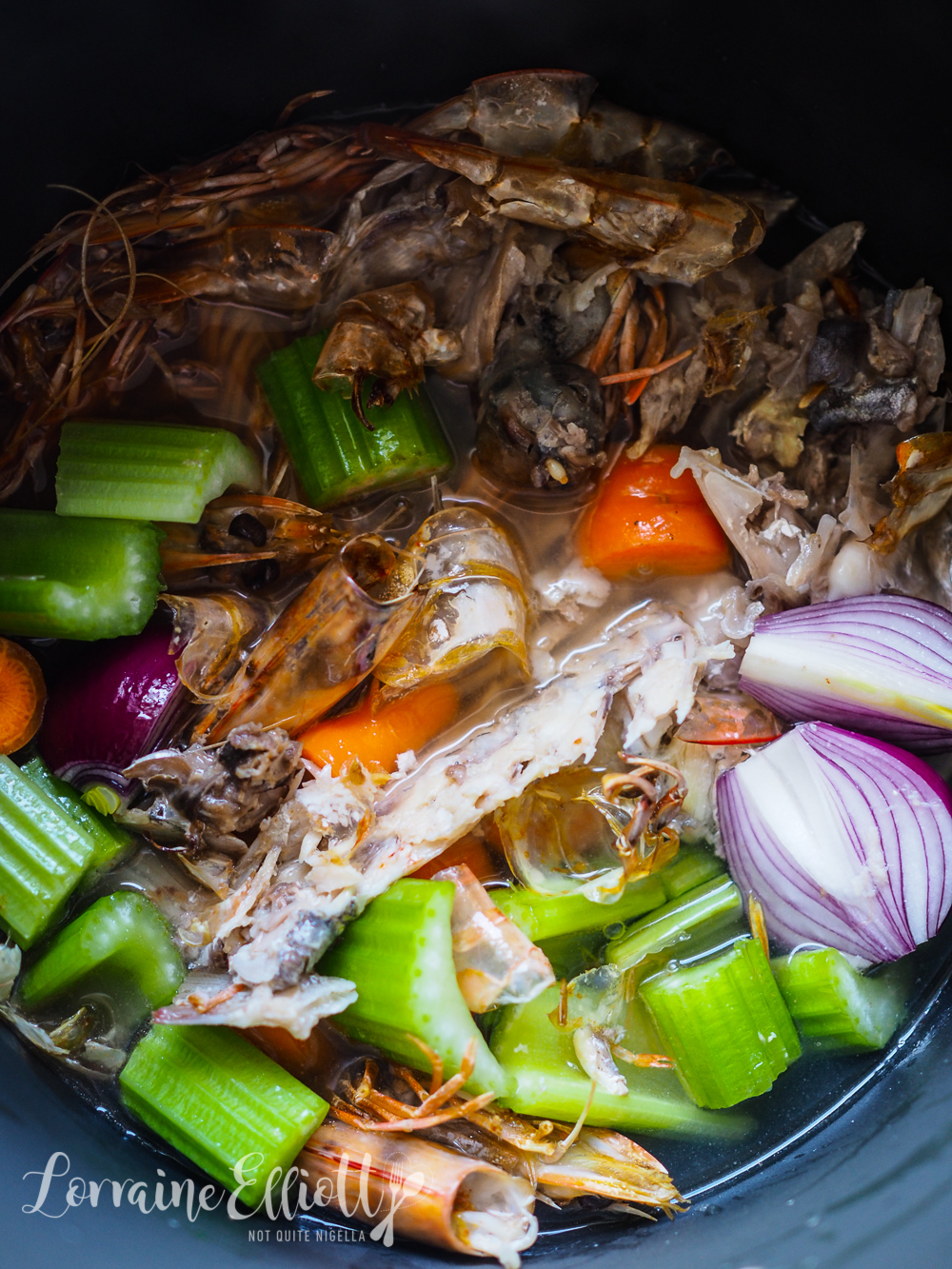 Step 2 - Place the strained fish bone sauce in a saucepan and reduce until you get about 1.5 cups or so of liquid. Add the passata, cherry tomatoes, saffron and chillies and season with sugar, salt and pepper to taste. 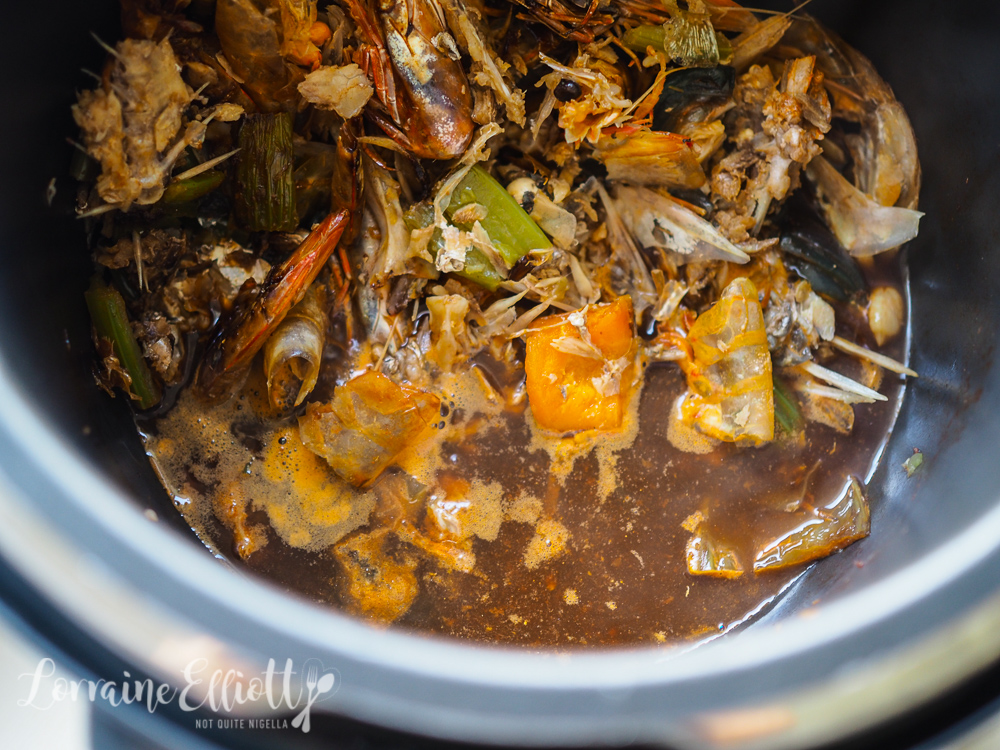 Step 3 - Boil the pasta in plenty of salted, boiling water and reserve 1 cup of pasta cooking water. Add the pasta to the sauce and then add the prawns cooking until just cooked through adding some pasta water if you need it. Serve with chopped parsley, lemon and pangrattato. 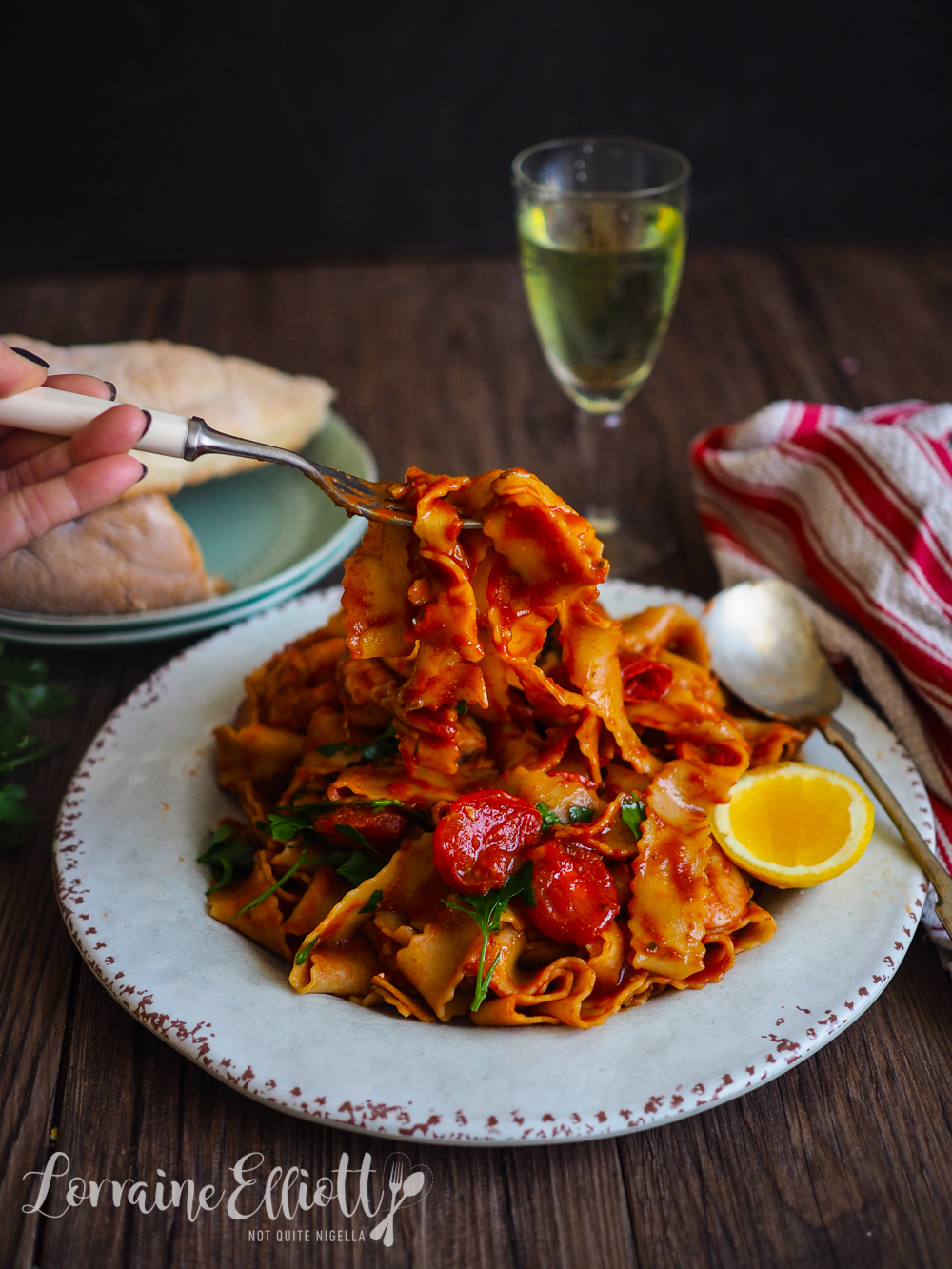