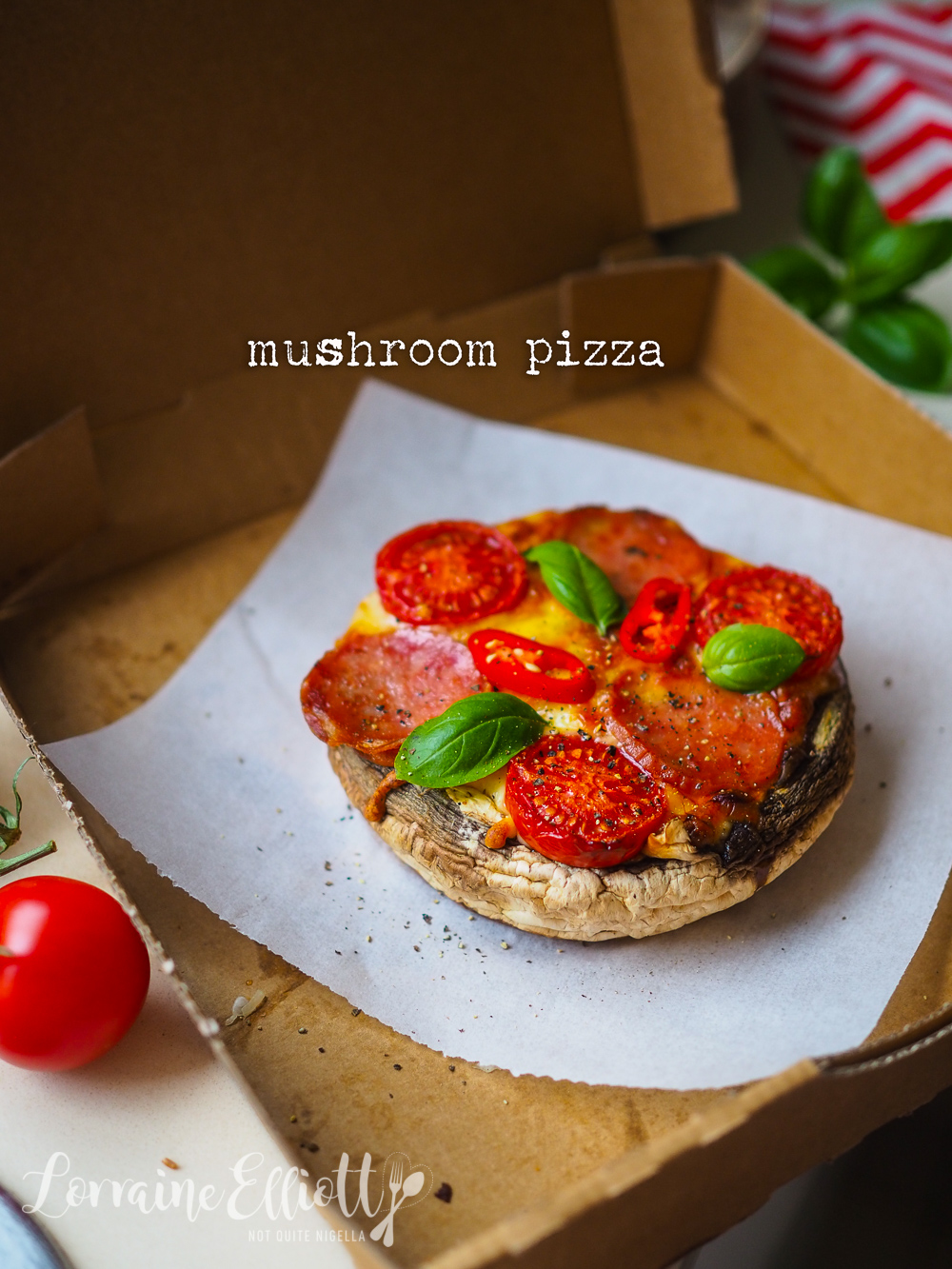 So you feel like pizza but you want to make it gluten free, low carb and keto? Try this mushroom pizza where a portobello mushroom takes place of the pizza dough.=! It could not be easier - just top with pizza sauce, onion, garlic, cheese and pepperoni and bake and 20 minutes later you'll have a delicious low carb, gluten free and keto pizza!

I have very low expectation for this mushroom pizza because you know how much I love bread, pizza and carbs but I was SO happy with how it turned out! It is so good that you may want to double this. I'm not a gluten free or keto eater but sometimes you just want to eat more vegetables. You can also make this vegetarian by omitting the sausage or you can make it vegan by using a vegan cheese.

Cleaning mushrooms: brush off any extra dirt off the mushroom. I use a bristle pastry brush (not silicon as that is too soft) or a clean, dry toothbrush also works. You can also wipe the surface of the mushroom with a damp paper towel. Mushrooms absorb water like a sponge so avoid washing them with water. These mushrooms already release water once baked so you definitely want to avoid adding more water to these mushroom pizzas. 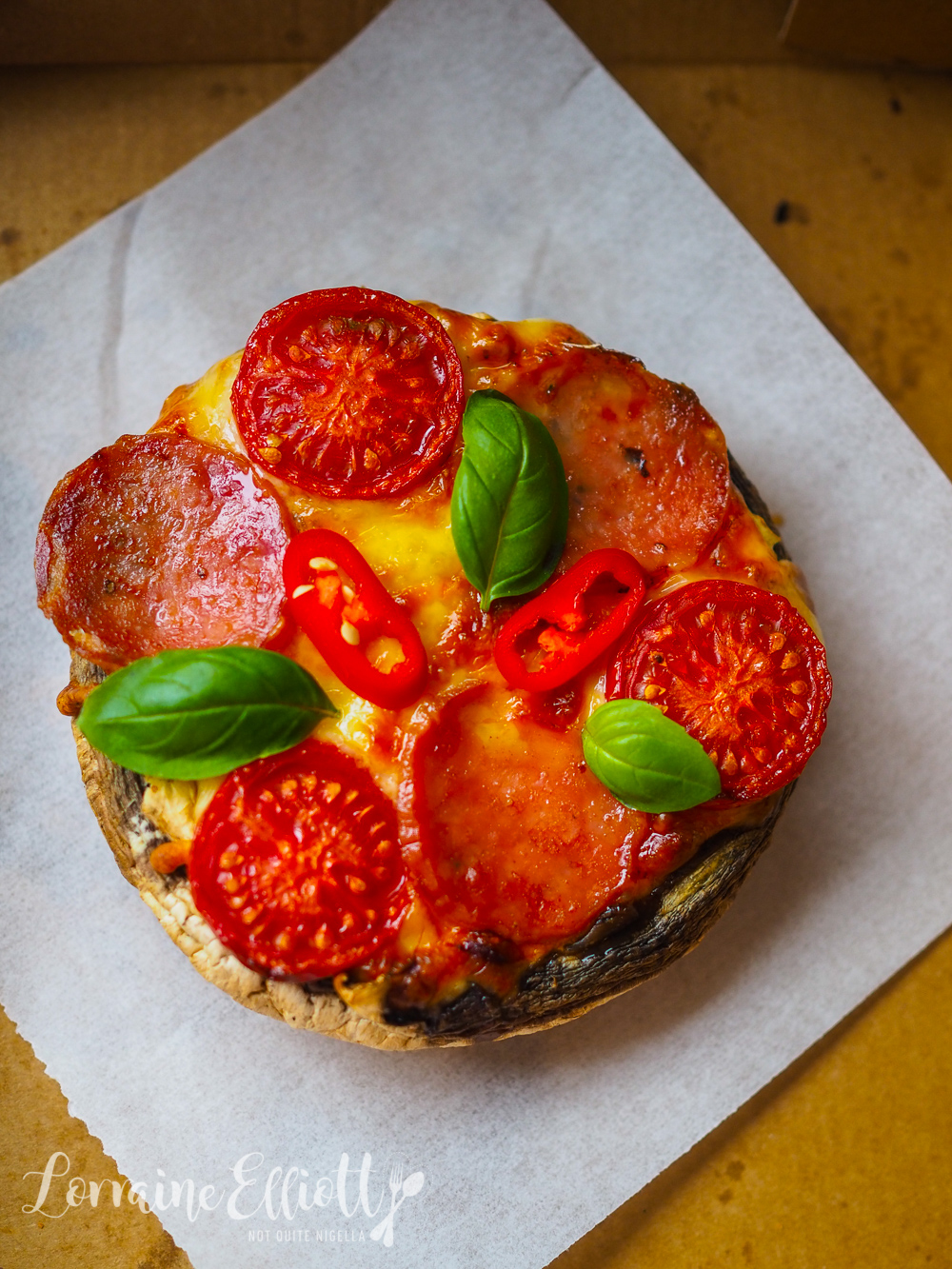 A note on mushroom cleaning in general: if you absolutely have to rinse mushrooms, do this before you slice them as the cut surface area on sliced mushrooms makes them very prone to absorbing liquid.

Baby mushroom pizza bites: I know what you're thinking Dear Reader and you can definitely make these with smaller button mushrooms. They make a fantastic canape or snack to have with drinks! Just finely dice the salami and tomato!

I made this recipe up for people like Nina. I haven't physically seen her and Garth for a few months now but we still message and they see Mr NQN at the dog park. She likes to eat healthily and vegetarian.

Once upon a time I made stuffed portobello mushrooms for her using portobellos and it was funny how she thought that it was genius. I mean it's nice to be friends with someone that thinks you're clever isn't it? I mean she's not adoring or anything like that and it's still an irreverent friendship full of pranks. 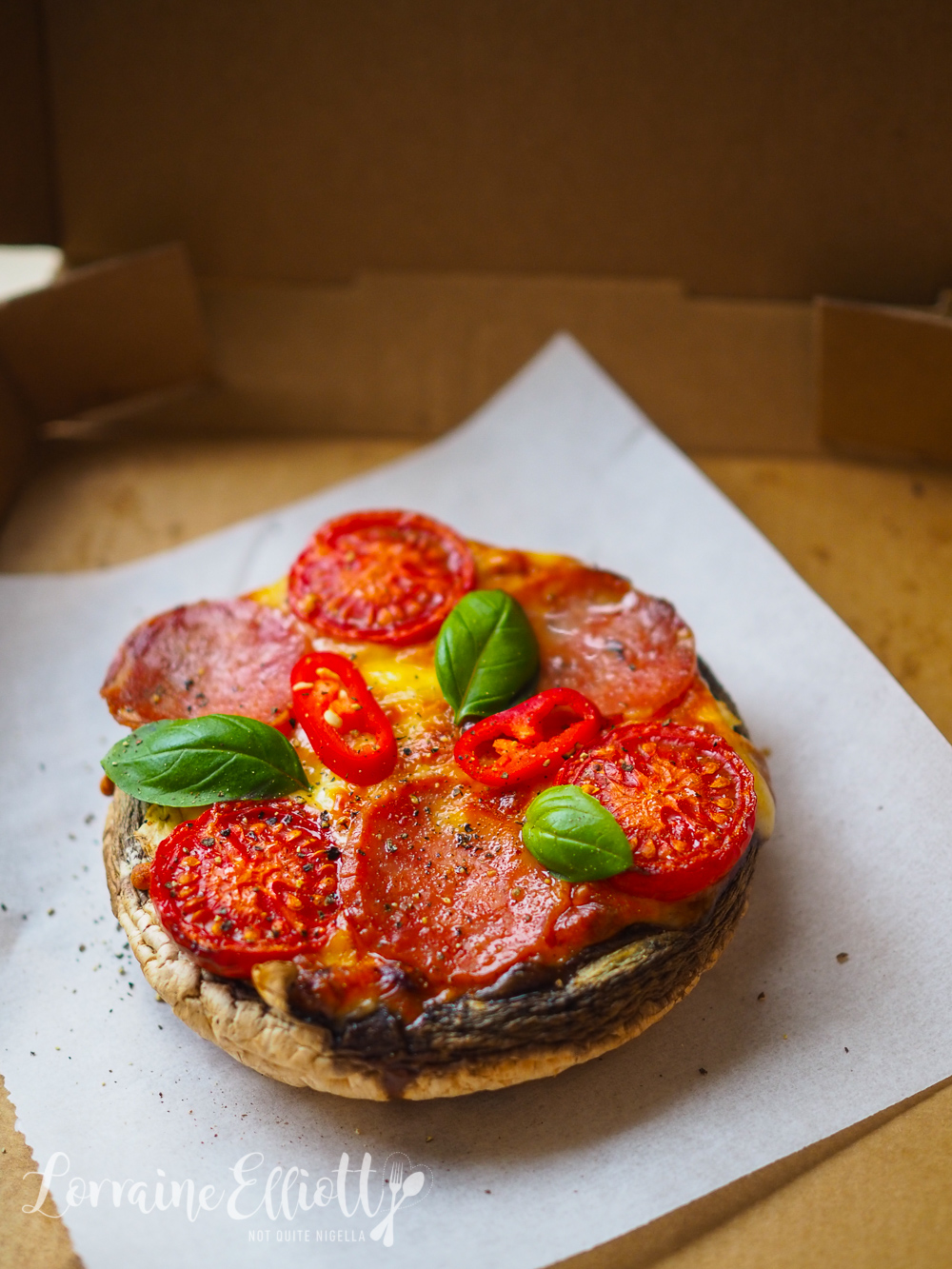 One of Nina's favourite pranks is when she needs to transfer funds to us, she puts it under something dodgy sounding so that it raises our accountant's eyebrows. We actually look forward to seeing what she'll put money under. I asked Mr NQN if Nina has transferred the money, not to follow up on the repaid funds but to see what she has put it under.

I heard a chuckle from the other room. "She put it under 'small male thong!'" he said shaking his head.

So tell me Dear Reader, do you put money transfers under something silly? Does this mushroom pizza appeal to you?

Step 1 - Preheat oven to 180C/350F and line a baking tray with parchment. Remove the inner stalk from the mushroom-just grab and pull at it gently and it may come off in one piece or a couple of pieces. Divide the pizza sauce among the two mushrooms and top with the onion, garlic, sausage, cherry tomato halves and mozzarella dividing these equally. Brush the sides of the mushrooms with oil or use an oil spray. 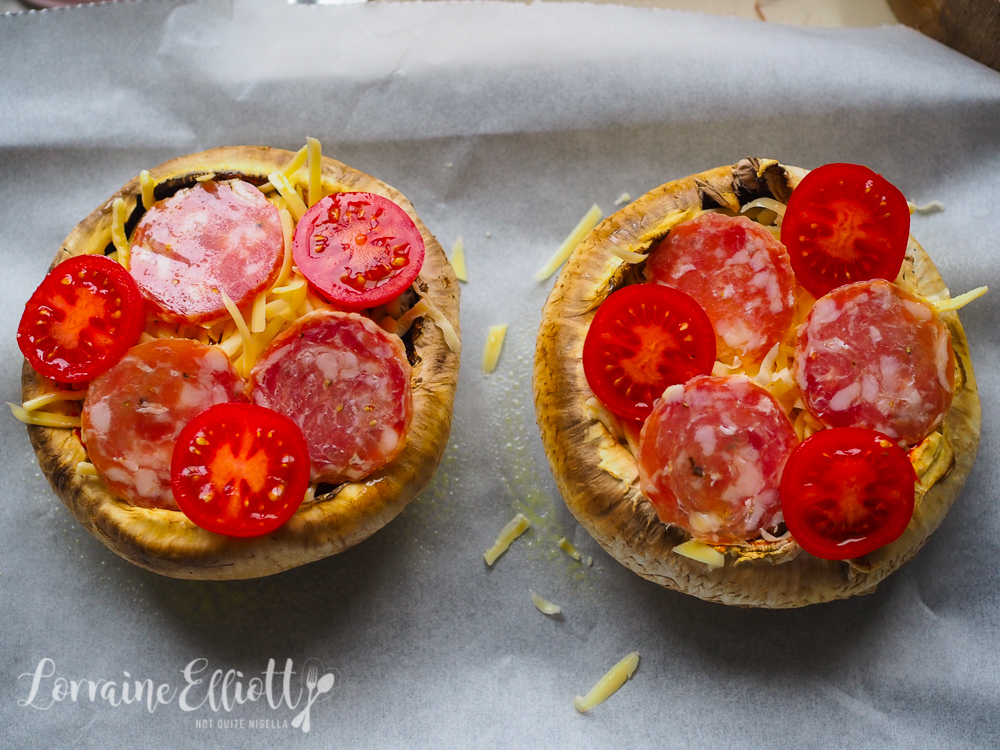 Step 2 - Bake for 20 minutes until cheese is golden and bubbling. If you're not serving these straight away, leave on a couple of layers of paper towel as they will be slightly wet at the bottom. Season with salt and pepper and add fresh basil and chilli.