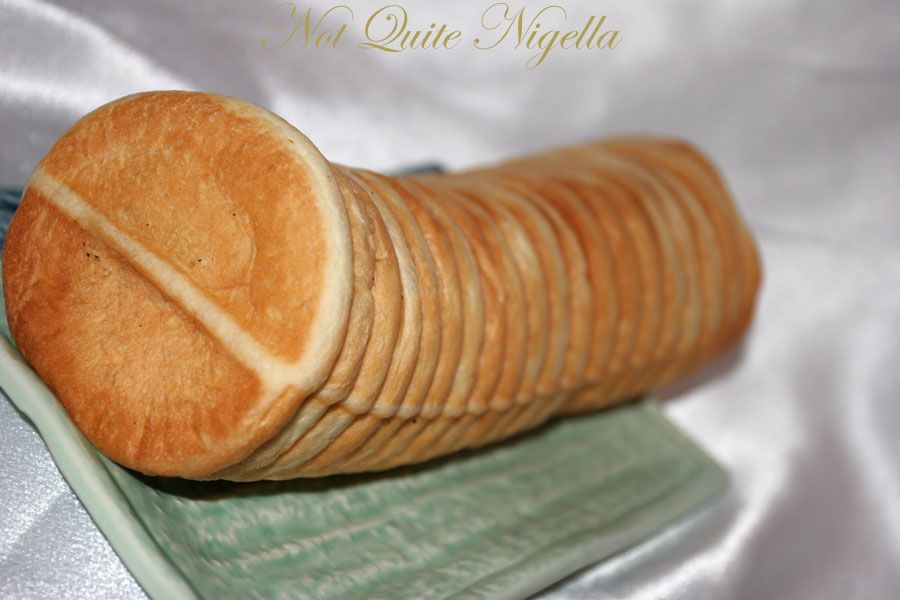 I'll start off with an embarrassing incident. We were walking to the Hong Kong Cake Shop on busy Victoria Avenue Chatswood as I wanted to buy some bread and cakes (what's new you might say). I saw a sign saying "Come in and try our fish balls". Not being one to refuse a food invitation I walked in and helped myself to a toothpicked morsel from a plate of several on the counter. There was a loud gasp from the staff. Apparently I had helped myself to a paying customer's plate that just happened to be sitting on the counter. I apologised profusely. I obviously had no idea and the owner apologised to me for scaring me. In my defence, your Honour, sample plates are usually on the counter with toothpicks and this customer's order of 20 or so fish balls had a toothpick in every fish ball and of course they were small sample sized I naturally assumed.... 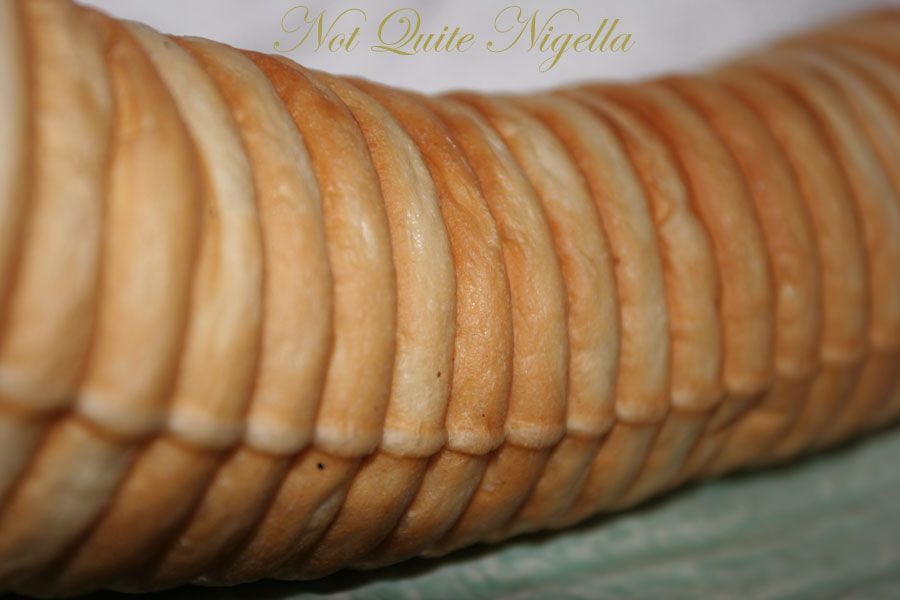 I'm babbling of course. I recovered from my embarrassment and bought some goodies. Armed with a tray and tongs, the first thing to catch me eye was a Corrugated loaf ($2)-it was a good 15cms long and indeed corrugated in shape and flexible. It smells sweet and buttery and is interspersed with sultanas. My husband likes this bread sliced, with jam for breakfast. 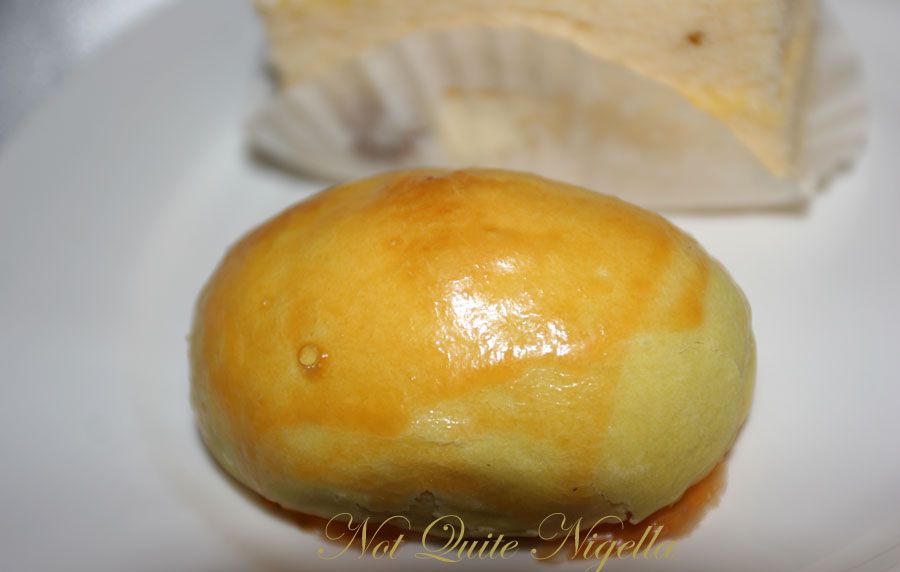 The next thing I purchased was a lotus seed cake with preserved vegetable $1.80. I adore Lotus seed, it's my version of chocolate flavour. If I see something lotus seed flavoured, I'll order it above all other flavours. The pastry is fairly layered and the lotus seed paste thick. What I hadn't counted on was the preserved vegetable. It had a strong aroma and a firm texture and if I could pinpoint an aroma it would be spicy ginger. 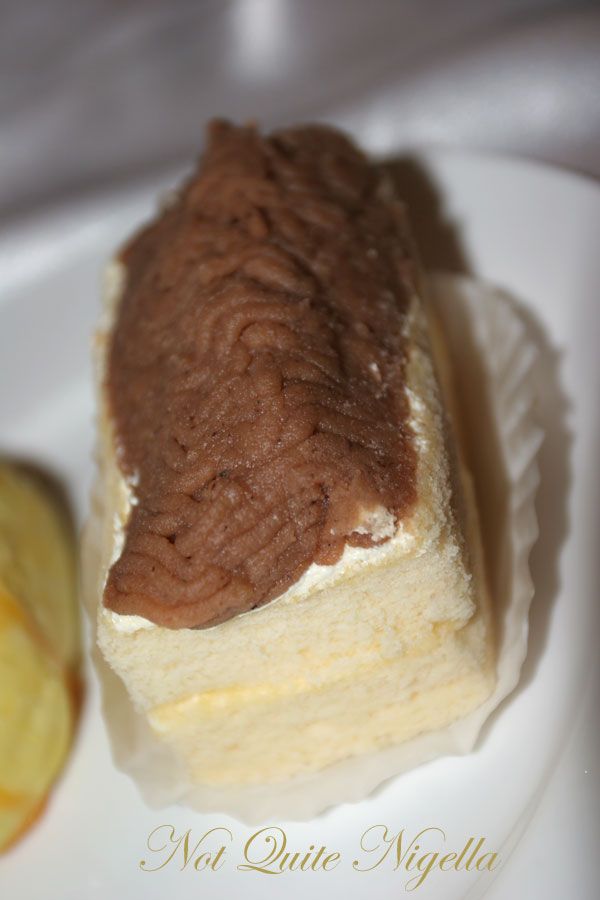 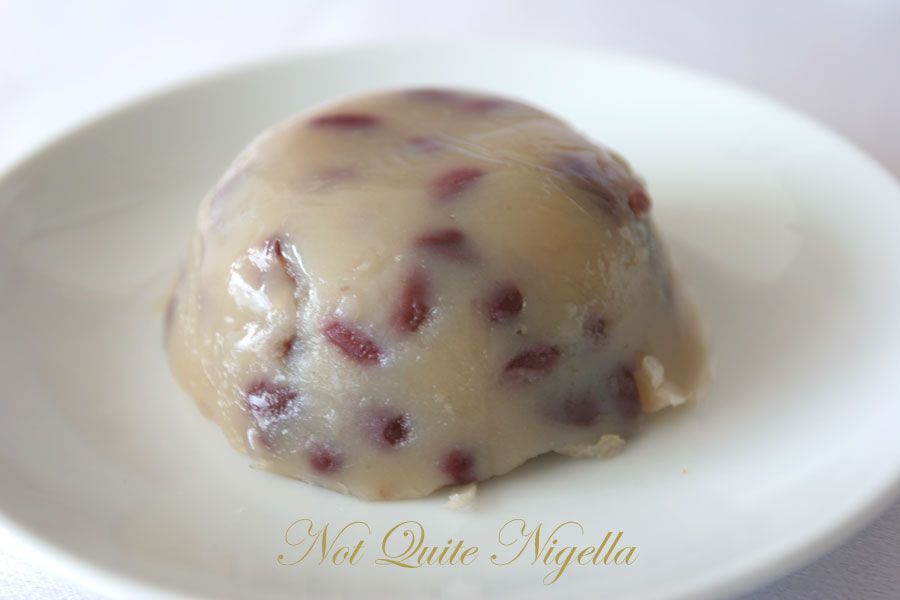 The last item was a red bean jelly ($1.10). They dislodged it from the bowl with a skewer for me to take away. She mentioned that there was rice in it so I thought that there would be sticky rice but it appears that it's either rice flour in the jelly or something else entirely that I can't see or taste or something was lost in the translation. In any case, it's not the most flavoursome of jellies and I give to my husband, a jelly loving fanatic who gobbles it down.

The prices are typical of Chinese bakeries, amazingly good. Just don't help yourself to the toothpicked balls on the counter!