There are noble pursuits, the climbing of Mount Everest, the pursuit of an Olympic medal but Your Honour, allow me to share my pursuit. No, not just the pursuit of Happiness, although this would be considered an adjunct of this, but the pursuit of the best Peking Duck in Sydney. It goes alongside my pursuit of the best Xiao Long Bao dumplings (IMHO at Shanghai Night provided the skins are intact followed by Din Tai Fung whose skins are always intact). Just because one is looking after their tastebuds (and I've come to realise my pursuit of food is not about feeding my stomach, but more keeping  my tastebuds entertained), doesn't mean that it isn't as worthwhile a pursuit. And it seems I have a group of people who were happy to join me! 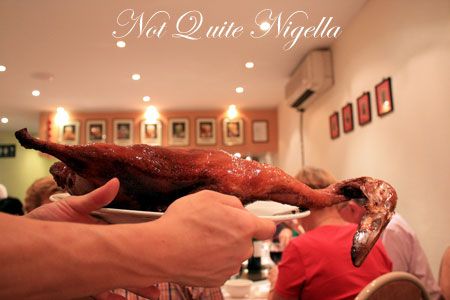 @Gourmetrabbit and I were talking about Peking Duck, as people that are obsessed with food tend to do. If you know me you'll know that even  talking about food makes me incredibly hungry and she suggests that we get some Peking Duck. She starts searching on her phone for some good locations that we both haven't tried yet and before you know it, we have a little group, all hungry for Peking Duck in two cars on the way to Eastwood where we've heard the Peking Duck is rather good. Also along for the ride with @gourmetrabbit and I are Perama chef @davidtsirekas, @pandas4 and her husband. 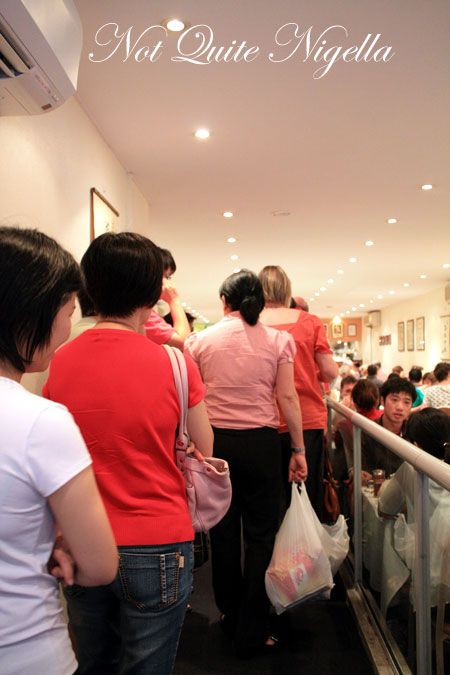 We ring up beforehand to check whether they are open and a voice tells us that we can't book for a table of 5 and that we should just come along and queue up. Queue? Oh dear, we're in Yum Cha territory here. We turn out and yes indeed there's a long queue stretching out to the door and we wait for about 10 minues before we are seated. 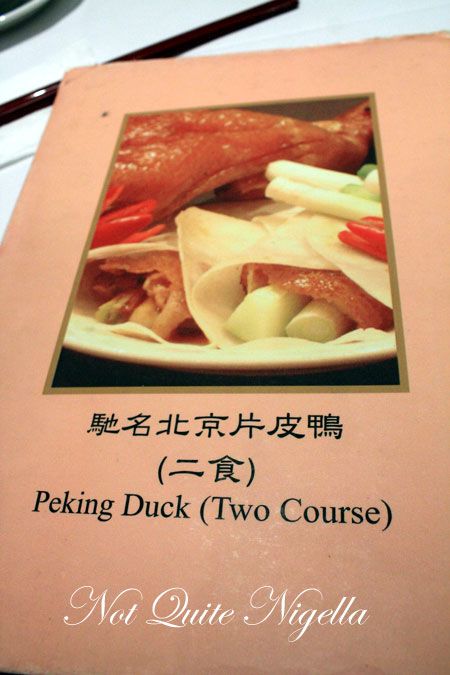 We open the menu and it's hopeful, there is a picture of  Peking Duck on the first page. The menu combines suburban Chinese with some specialties so we go for the specialties in addition to the Peking Duck, the Mermaid's Tresses, Chilli Squid, Snow Crab, Drunken Chicken in Wine Sauce and Braised Eggplant with minced pork. 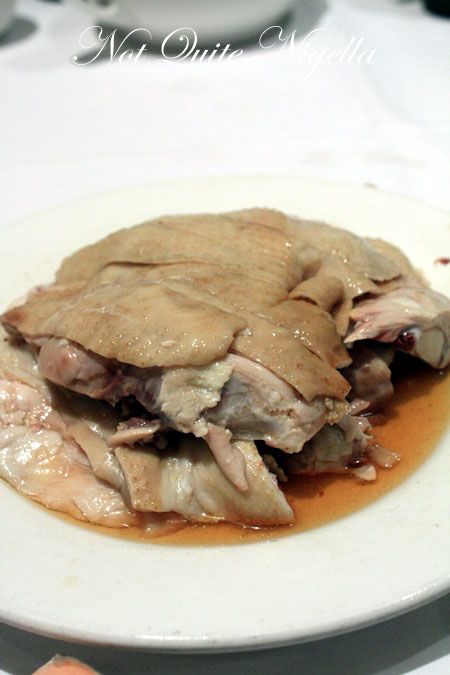 The Drunken chicken in wine sauce is a cold dish with soft chicken poached in a Shaoxing wine (which is not wine you'd want to drink but cook with). This gives it a wine and rum flavour. It's not bad although I prefer Hainanese Chicken. 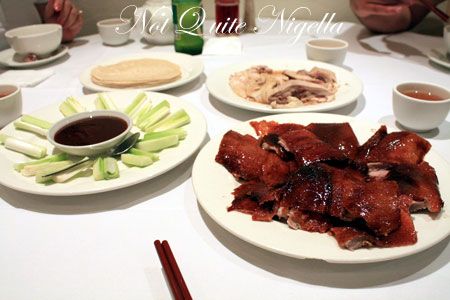 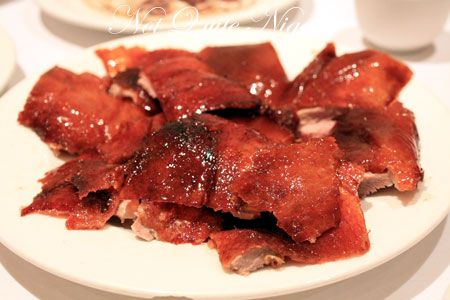 The waiter brings out the duck-I do love it when they carve the duck in front of us but given there's very little space between tables I know that it's a physical impossibility. After a quick glance, he whisks it back into the kitchen for carving and they bring out the hoi sin sauce, cucumber, shallots and pancakes. The skin comes out on a plate and we help ourselves. The slices are generous, if there's one thing I dislike, it's teeny portions of skin. There is quite a bit of meat on the back of the skin whereas I prefer more of the just skin. The hoi sin sauce is very good and I slather this on generously. Sinking my teeth into it, it's a good peking duck. Not the best I've ever had but a damn fine one. All 5 of us have 2 each and there are 2 left over which is a decent portion size for a whole duck. 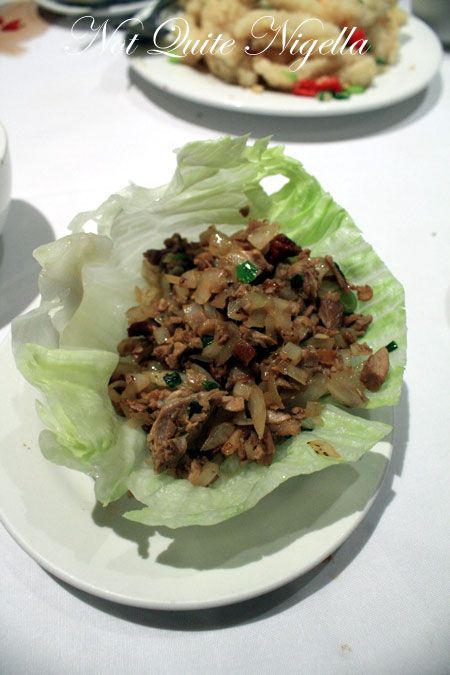 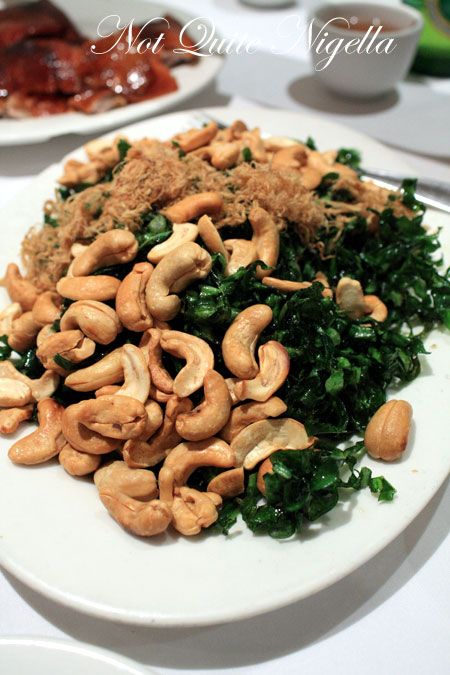 I do like mermaid's treses for that unique texture. It's deep fried seaweed which has a unique dry flakey texture, much like those seasoned seaweed Japanese snacks but similar in appearance to those streamers that come out of NYE ribbon poppers. They serve it with shredded pork floss and toasted cashews to give it some gravity as they're so light they could float away. 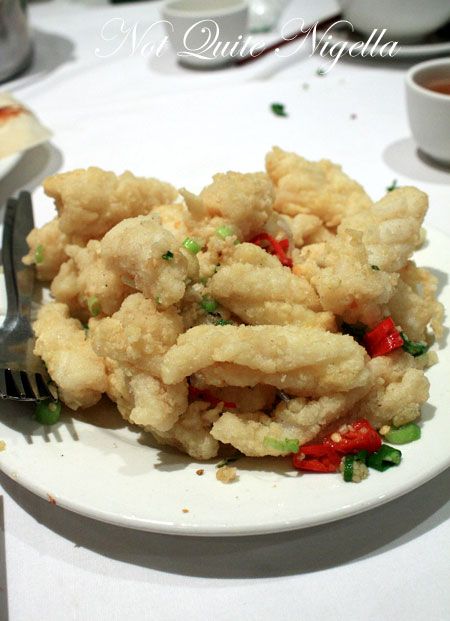 The chilli squid is tender inside but with a slightly grainy batter which @pandas4 doesn't like. Still, I do love a Salt and pepper squid and it doesn't stop me from taking many pieces. 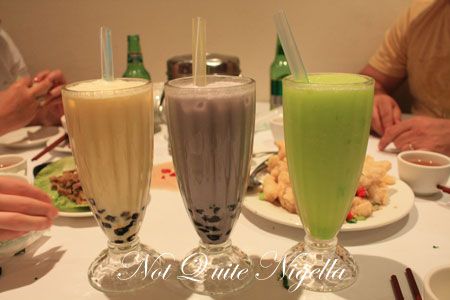 David spies the pictures of drinks above the counter and we quickly make an order for those. @gourmetrabbit chooses the Mango Bubble tea, I choose the Tara Bubble Tea and David chooses the honeydew drink. The bubble teas are a bit muted in flavour but David's is strong and sweet and icily refreshing. 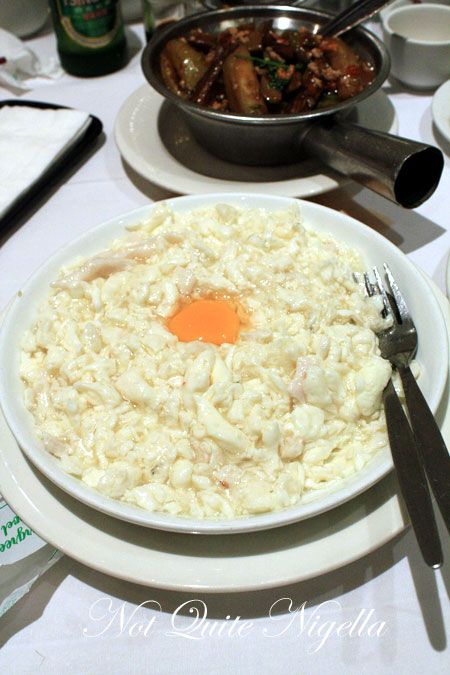 The Snow Crab in egg white was disappointing. My mother makes this dish with shiitake mushrooms and chicken and done well it's a glorious dish with silky egg whites, a slippery sauce and delectable chunks of meat and mushroom. Here, it's all much of a muchness and served with the vinegar sauce to give it more flavour and it's less palatable. @gourmetrabbit finds that it reminds her of popcorn which in a strange way, it does. 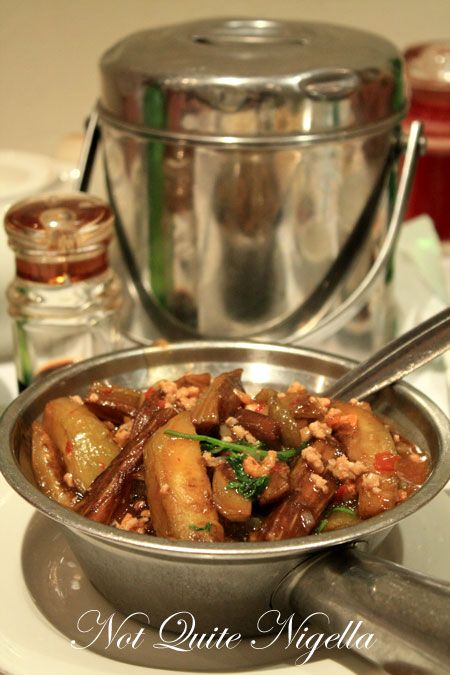 The braised eggplant with minced pork is by contrast lovely and creamy in texture, the braised eggplant soaking up all of the flavours from the black bean, chilli and pork. We notice that no one had touched the steamed rice for fear of running out of stomach space. 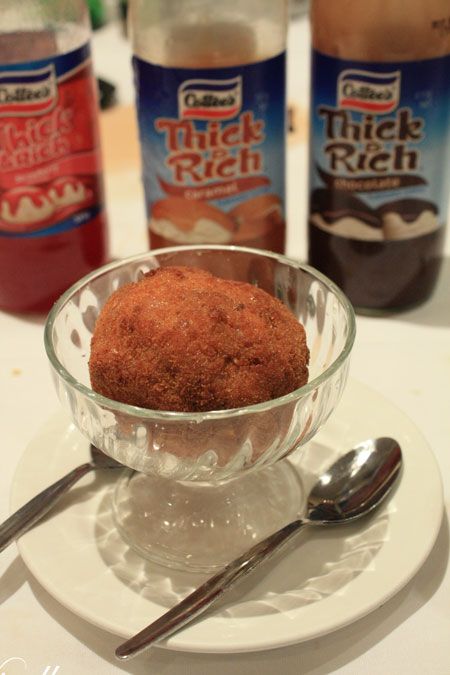 @gourmetrabbit just has to have some deep fried ice cream and she and panda share some. She can't decide on which topping to have so they try all three._

And the damage? A tiny $30 per person which only goes to affirm that Chinese food is best shared among friends (be it new ones or old ones) or at least fellow Peking Duck aficionados. 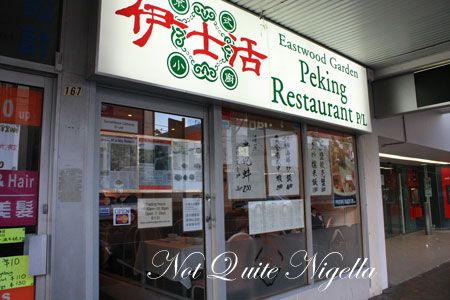 So tell me Dear Reader, which Peking Duck in Sydney do you rate as the best and why? 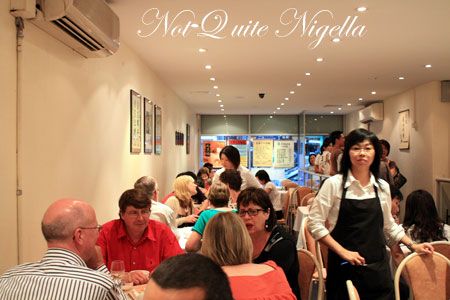