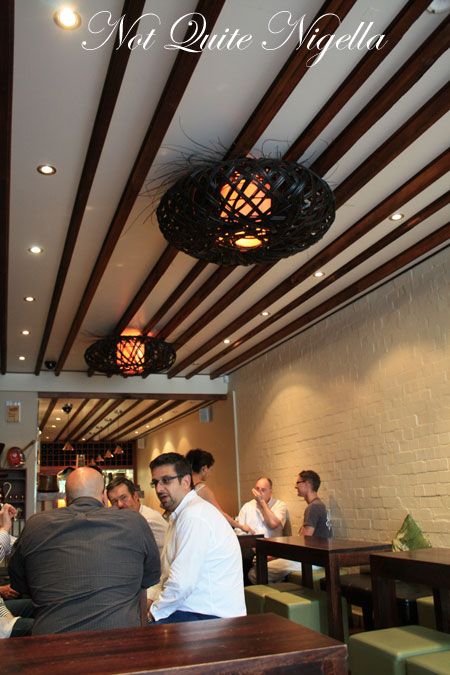 Mr Gatsby is a man who has a knack for choosing great up and coming places and when he suggested Almond Bar, I knew a) it would be good and b)  it would be new. It's a Middle Eastern restaurant focusing on an area that your tongue or stomach doesn't often travel: Syrian cuisine and I'm curious to see how it compares to other Middle Eastern Cuisine. Mezze is like Tapas for the middle eastern region and whilst it's seen as an accompaniment, here they serve it as a shared main. Started by two sisters, it's in the former location of Ristorante Riva and features rich brown woods, pistachio greens and warm lighting. 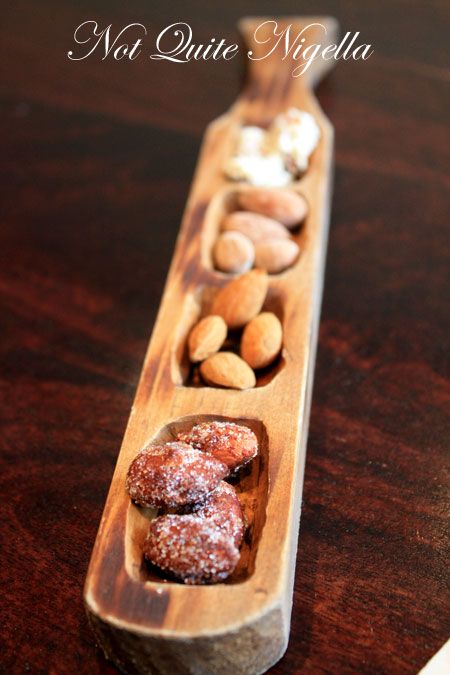 We take cues from Helen Greenwood's review of Almond Bar and choose some of the dips as well as a tasting plate that allows us to try a few different things at once.I wouldn't recommend this for the share phobic although they can certainly be accommodated. It's missing the point of the mezze on offer. It's meant to be shared. 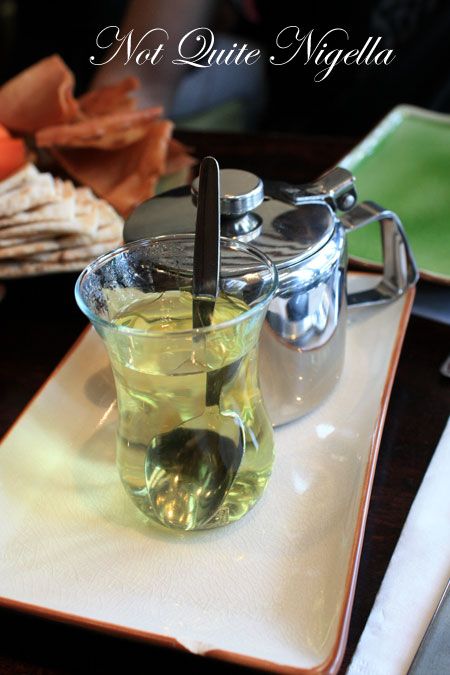 We are greeted with an assortment of almonds, there are sesame coated ones, spicy ones, cinnamon coated ones and salty ones. I also order a Mint Tea which on this cloyingly hot day seems a little illogical but it's said to be a highlight and it's strong with fresh mint leaves. 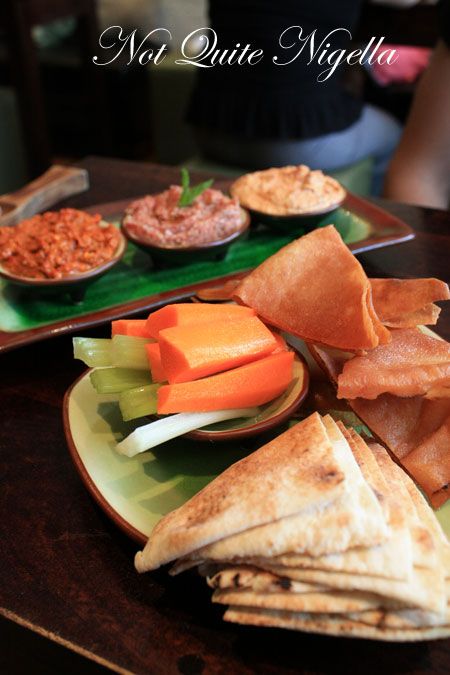 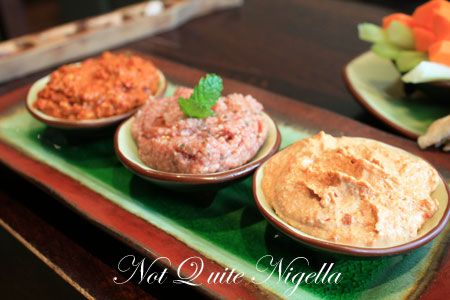 We start off with the 3 dips with bread and vegetables. We chose the chilli hummus, a Muhamurra red dip which is a slightly tangy and slightly spicy dip which has chargrilled red capsicum, chilli, walnut and pomegranate. The dip in the centre is a kibbeh nayar which is a dip that I'd seen on Food Safari one evening which is a very typical Syrian dip made with raw mince. 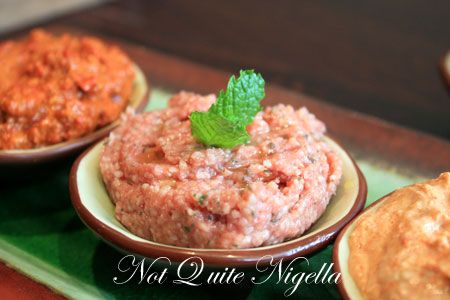 I had seen them make this raw lamb dip mixed with bulghur and they had said that the main things were freshness of the meat (obviosuly), using a meat with little to no fat and mincing it twice to achieve the smooth texture. Mild tasting and good, it's a curious texture indeed and coats the tongue much like a creamy item would. I particularly like it when combined with Muhamurra red dip. 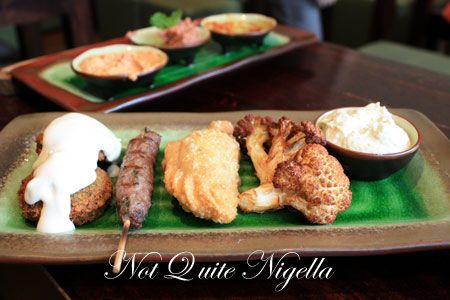 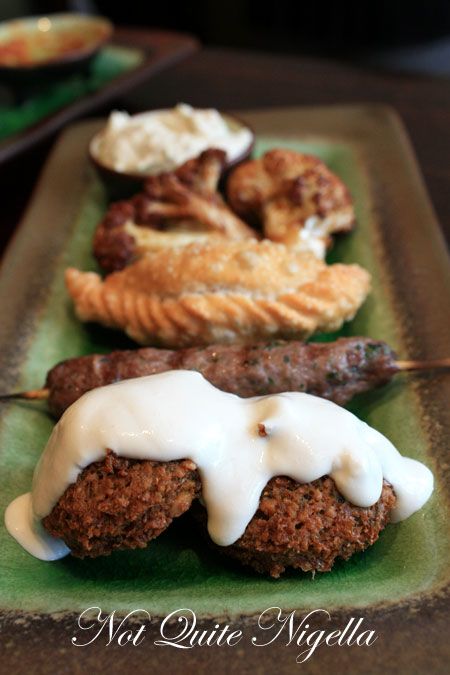 We have an array of 5 items here including the baba ghanouj which is incredible - it's smokey but utterly creamy and I'm hard pressed to recall better. The other items are Sambusic a deep fried pastry with a blistered outside and a sweet filling of lamb, pine nuts and onion; Kafta which is ground lamb with spices and parsley which tastes very livery to both of us; two orbs of crunchy roughly textured but delicious felafel and lastly the fried cauliflower which is lovely and aromatic. 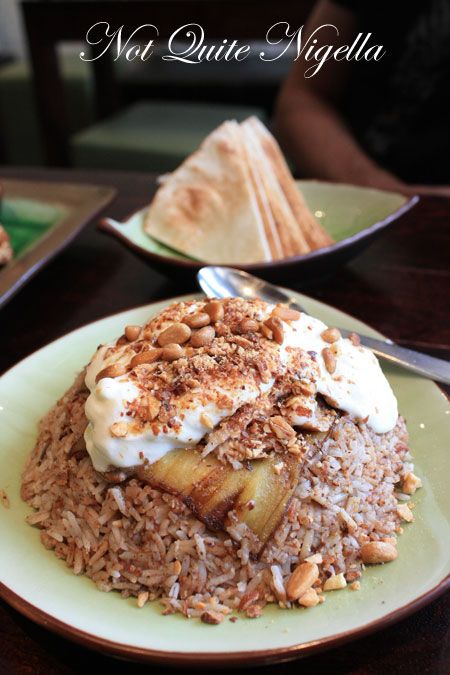 Said to be the chef's favourite dish when growing up, this is a plate overflowing with spiced rice, with slices of grilled eggplant, small pieces of chicken and topped with homemade yogurt, almonds and pinenuts. The overwhelming aromatic used is cinnamon which lends it a "sweet" quality but it isn't sweet in taste so it's a little tricky on the tastebuds and mind. 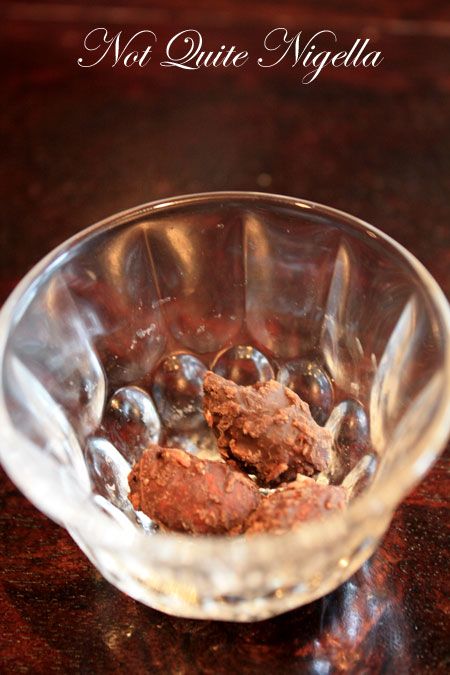 We finish off with some complimentary chocolate almonds (there were more but Mr Gatsby ate some haha!). 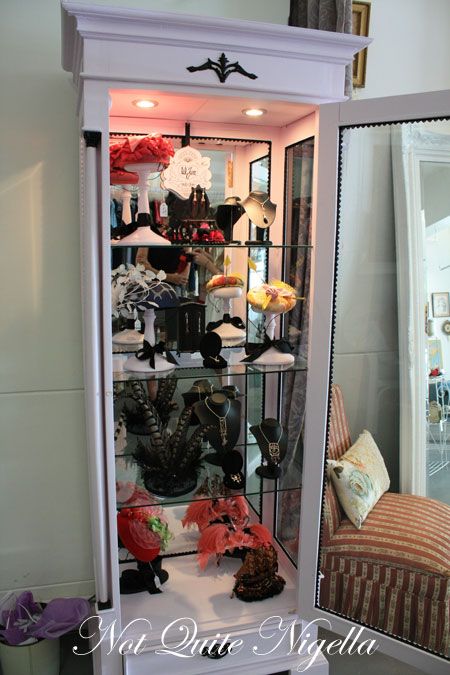 As I left, around the corner I saw this marvellous Vintage store called Mrs Press which also sells new clothes. These hats were to die for no? Perhaps something I'll ask Mr NQN for for Christmas... 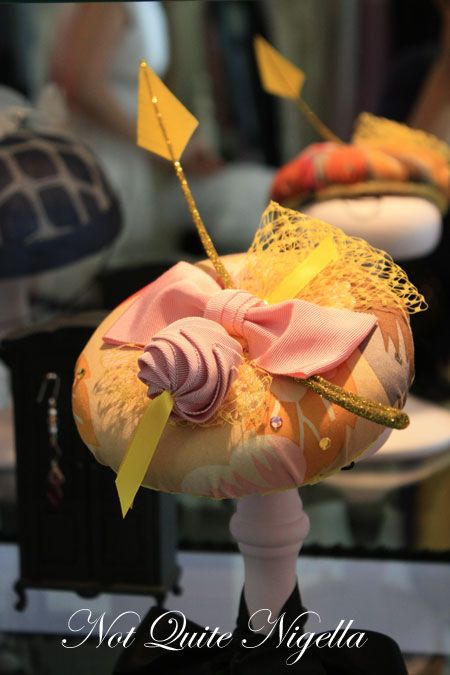 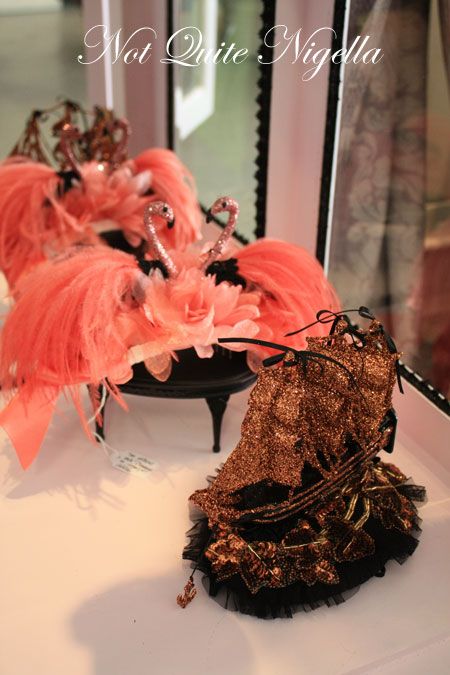 So tell me Dear Reader, what is on your Christmas wishlist this year? 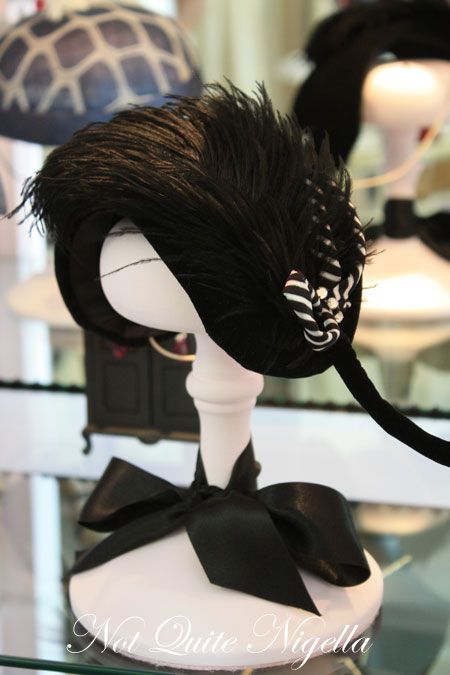 Open Tuesday to Sunday from 5pm, Fridays from 12noon 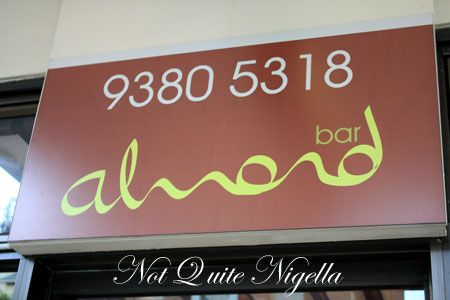