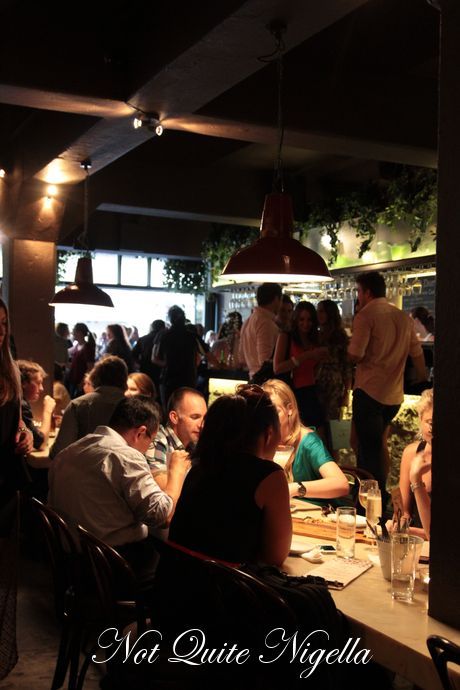 "I forgot, you're the original nanna eater" my friend Ute said to me on email.

It's true, I like to eat early. Mainly because of the light and in a dark bar like Li'l Darlin, I need all the natural light I can get. I also suspect it's a habit picked up from my parents who actually eat around 4:30pm. To them, eating at 6pm is eating late and eating at 8pm is just plain crazy. 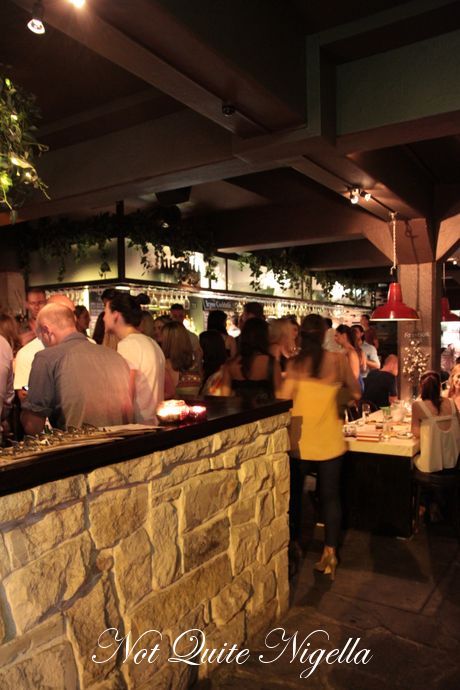 Li'l Darlin is a new place that has opened on busy Victoria Street in Darlinghurst and seems to have drawn crowds from the get go. Ute, who is somewhat of a local, reports walking past several times to see it thriving and we were both lured here by the Peking duck pizza which she had seen on the menu. It's one of those places where you can't book unless you have a large table and it's crowded, noisy and hotter than Hades. More of a bar that has some hit dishes than a restaurant it is busy but we manage to get a table for two down the back perched on some bar stools. 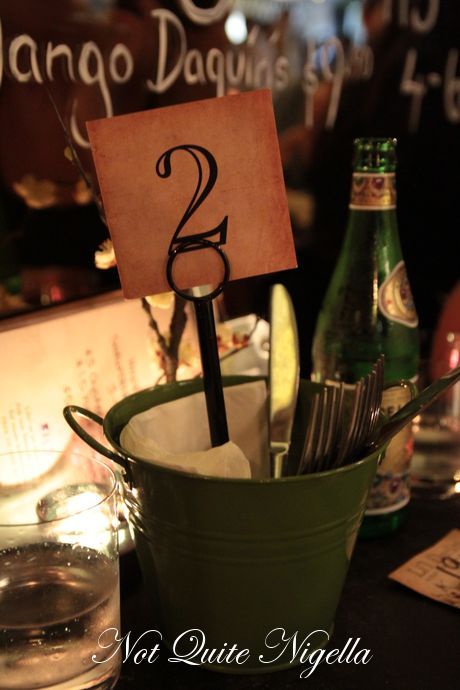 It's hard to get anyone's attention so we flag down a staff member. You either have to order at the bar or if you want table service, they can start a tab when you hand over a credit card and picture I.D. So not wanting to get lost in the bar throng Ute hands over the requisite forms of ID, orders are taken and a small bucket of cutlery and paper napkins are furnished. 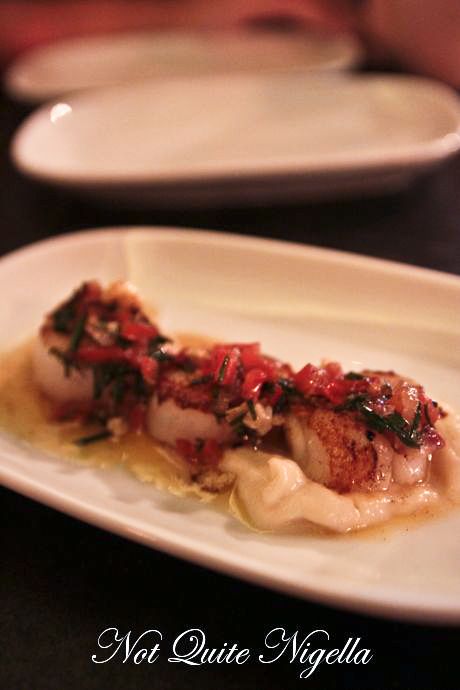 The seared scallops come three to a serve, topped with finely diced pancetta and an interesting  lime, tomato brown-nut butter sauce which is unusual, the kind of topping that makes you stop and think and wonder what the flavours are. The scallops themselves are nicely cooked and are served on a silky smooth cauliflower puree. 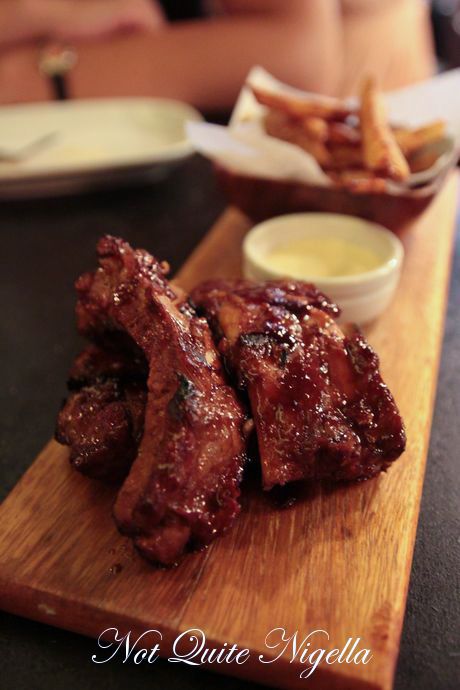 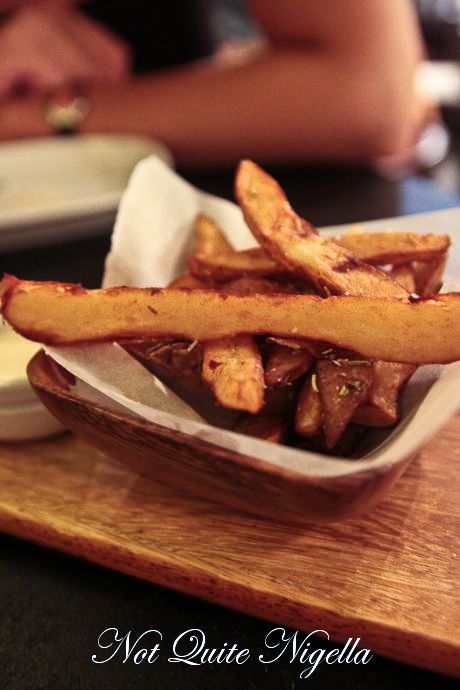 The pork ribs are soft and fall off the bone easily. In total there are six ribs pieces basted in a chilli bbq sauce that packs a satisfying chilli hit. They're served with rosemary salted kipfler potato chips and a chipotle mayo which could have used a bit more spice. 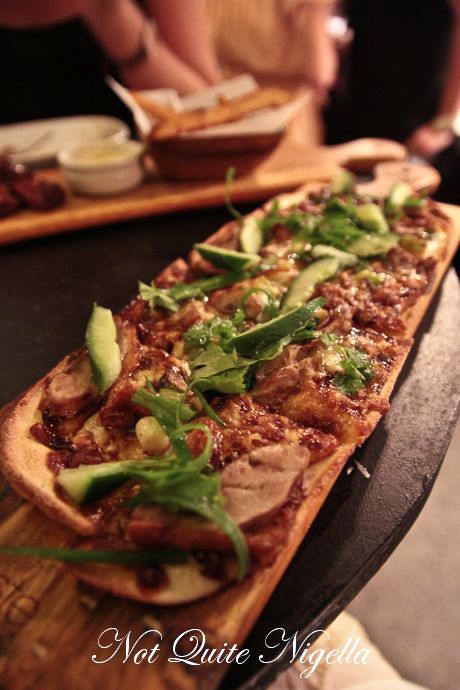 The star item on the menu is a crispy Peking duck pizza and I was looking forward to this having seen pretty much nothing but wooden boards of it go past us all night. It doesn't disappoint-the pizza base is lovely and super thin and crispy yet doesn't become soggy at all from the sauce. It is topped with a generous amount of Peking duck as well as some cucumber, green shallots and coriander. If we could have ordered another we would have.

We spot a staff member bringing pizzas to a table and we make eye contact and she comes over. Are you finished with your meal? Yes? Good she says and then she wanders off without taking the plates. We had also tried to order with her but apparently she doesn't take orders and tells us that she will get someone else to do that. Perhaps there is some sort of  runner system here we're not aware of. 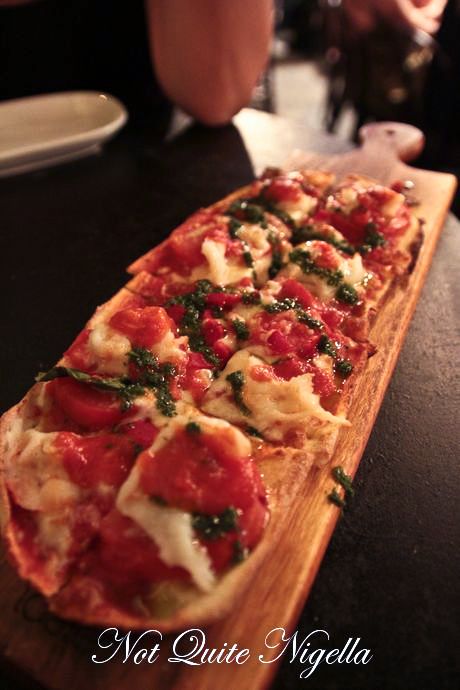 For good measure we also tried another pizza, this one topped with marinated chilli prawns, roasted capsicum, fresh roma tomato and drizzled with salsa verde and chilli sauce. It isn't bad and has that same nice thin crust but it doesn't dazzle anywhere near as much as the Peking duck pizza. The fresh tomato on it also makes the base wetter. 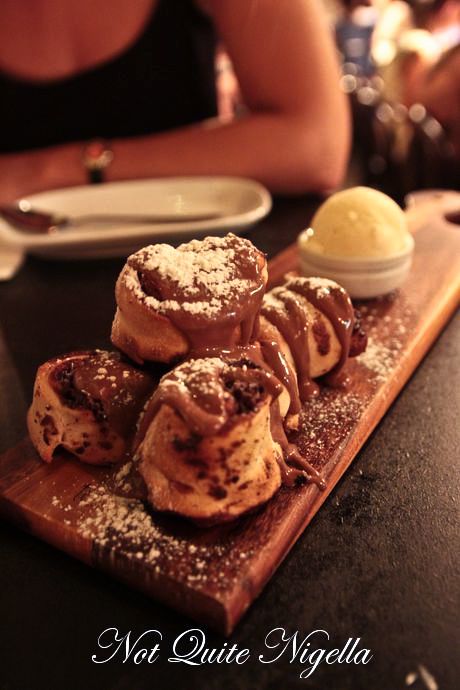 Described as a "combination of scone and a sweet pastry scroll served straight from the oven" the oven baked brownie swirls are hi carbolicious. They have a sweet bread roll outer encasing chocolate brownie batter, rolled up into a swirl and then baked and then served with warm melted Belgian milk chocolate and a scoop of vanilla ice cream. They're good although eating something his hot and rich in the absence of air conditioning and after pizzas and ribs means that we can only manage one.

The bill? Well it is a very modest $35 per person which is a nice surprise. We exit and leave our table to the overflow of people into the fresh, cooler air, voices slightly hoarse from shouting. And as I write this, I feel about a thousand years old for saying that! ;)

So tell me Dear Reader, what do you think of noisy, buzzy places? Love the vibe or do you prefer to talk?