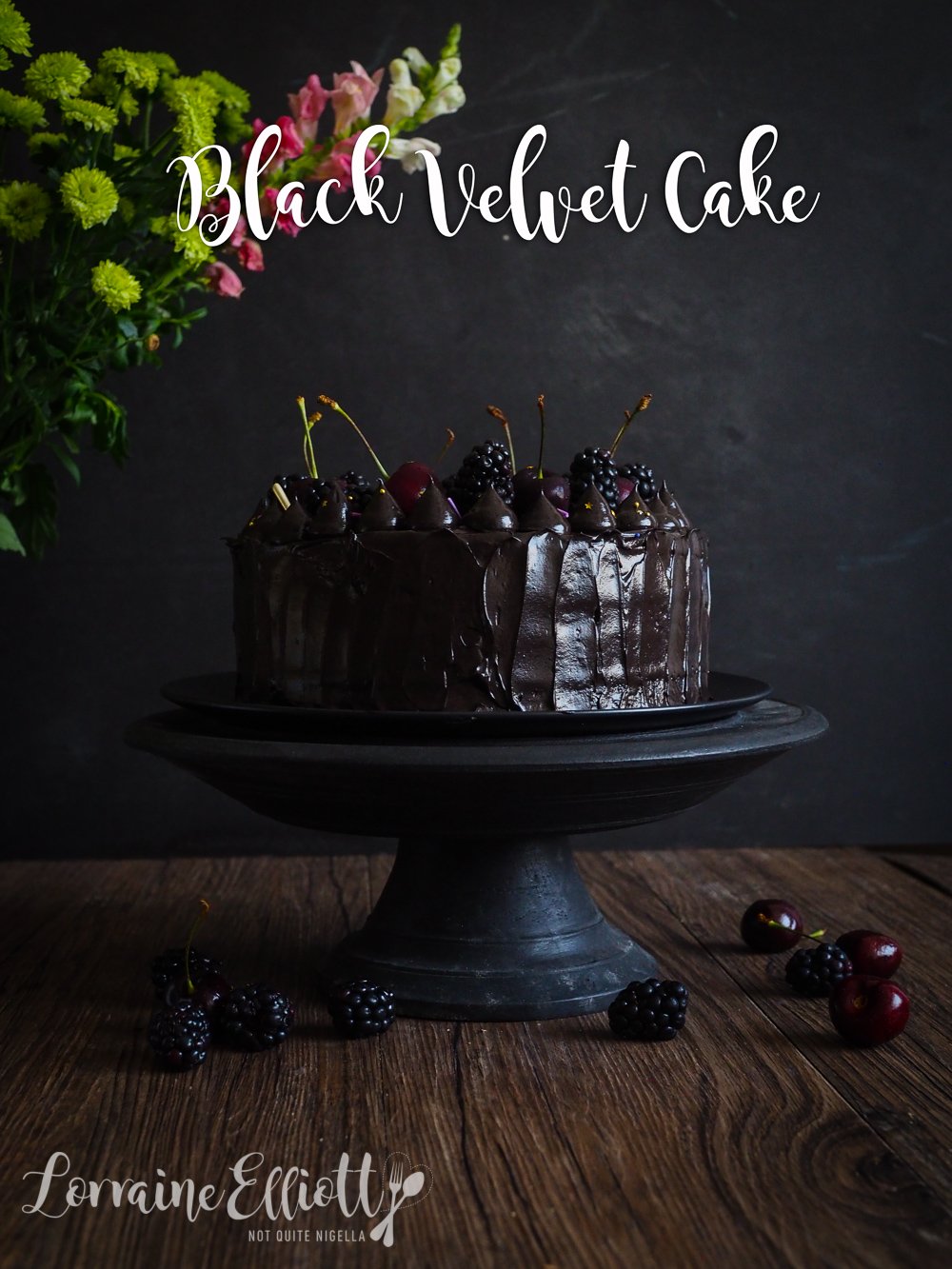 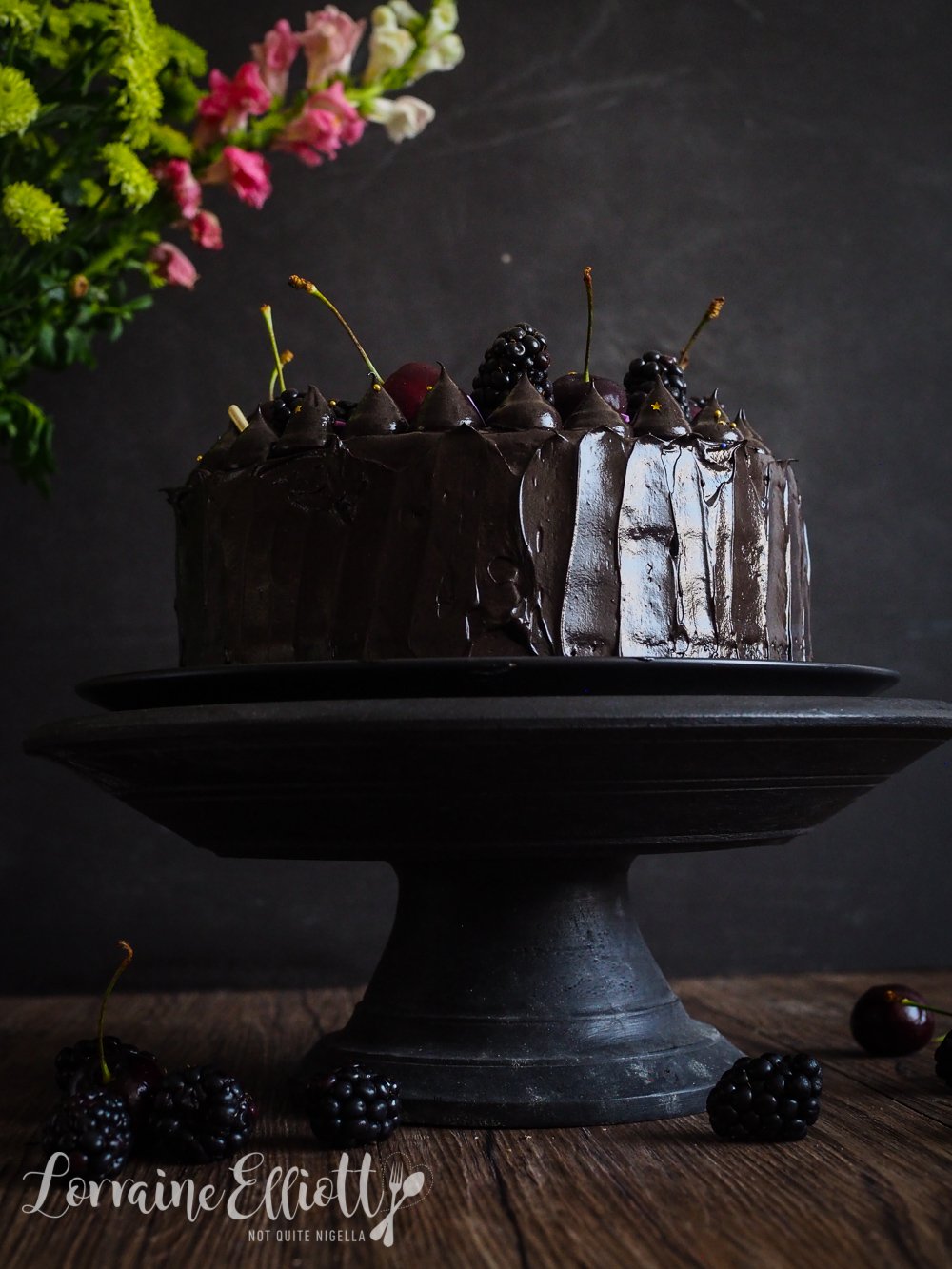 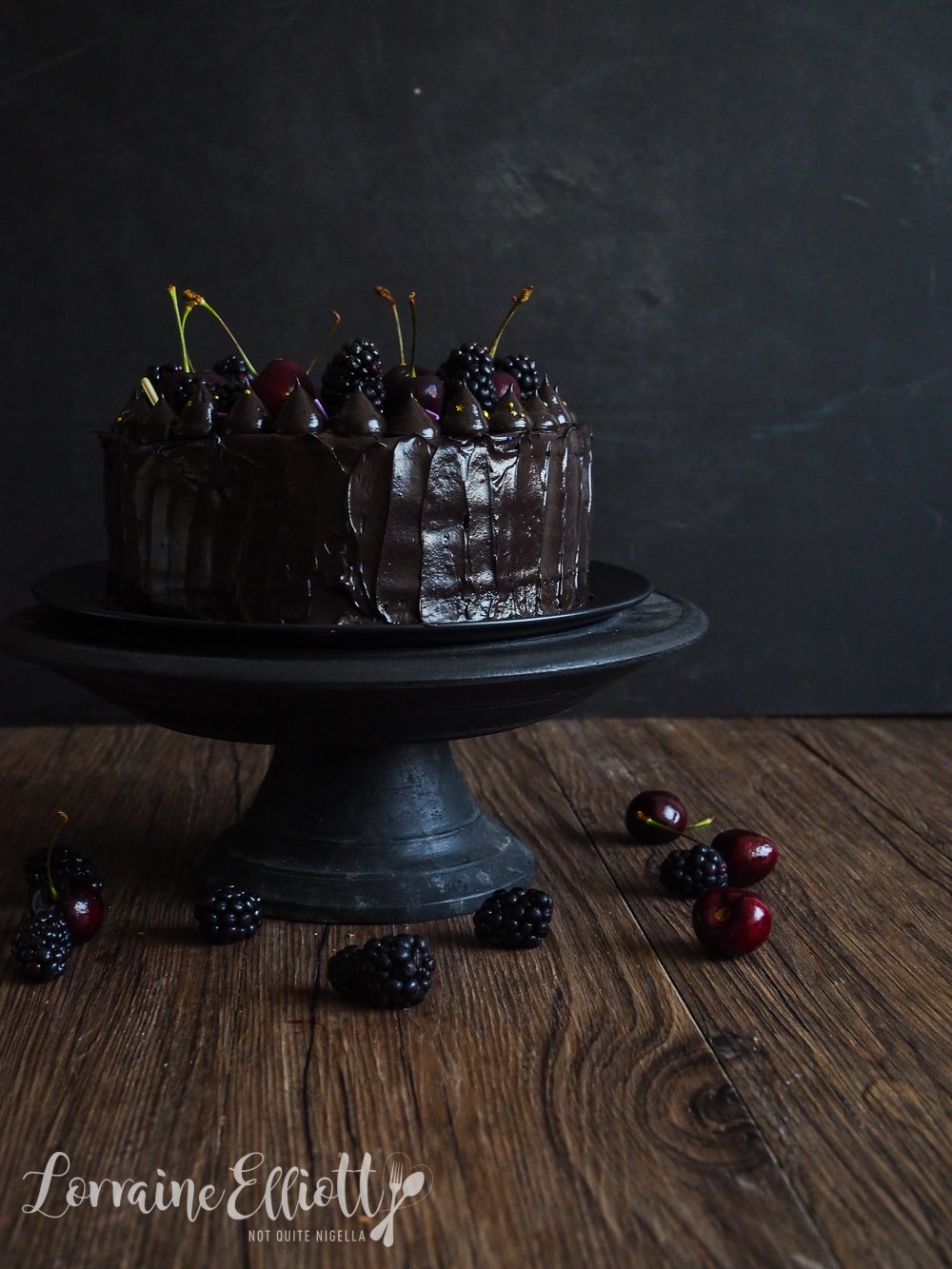 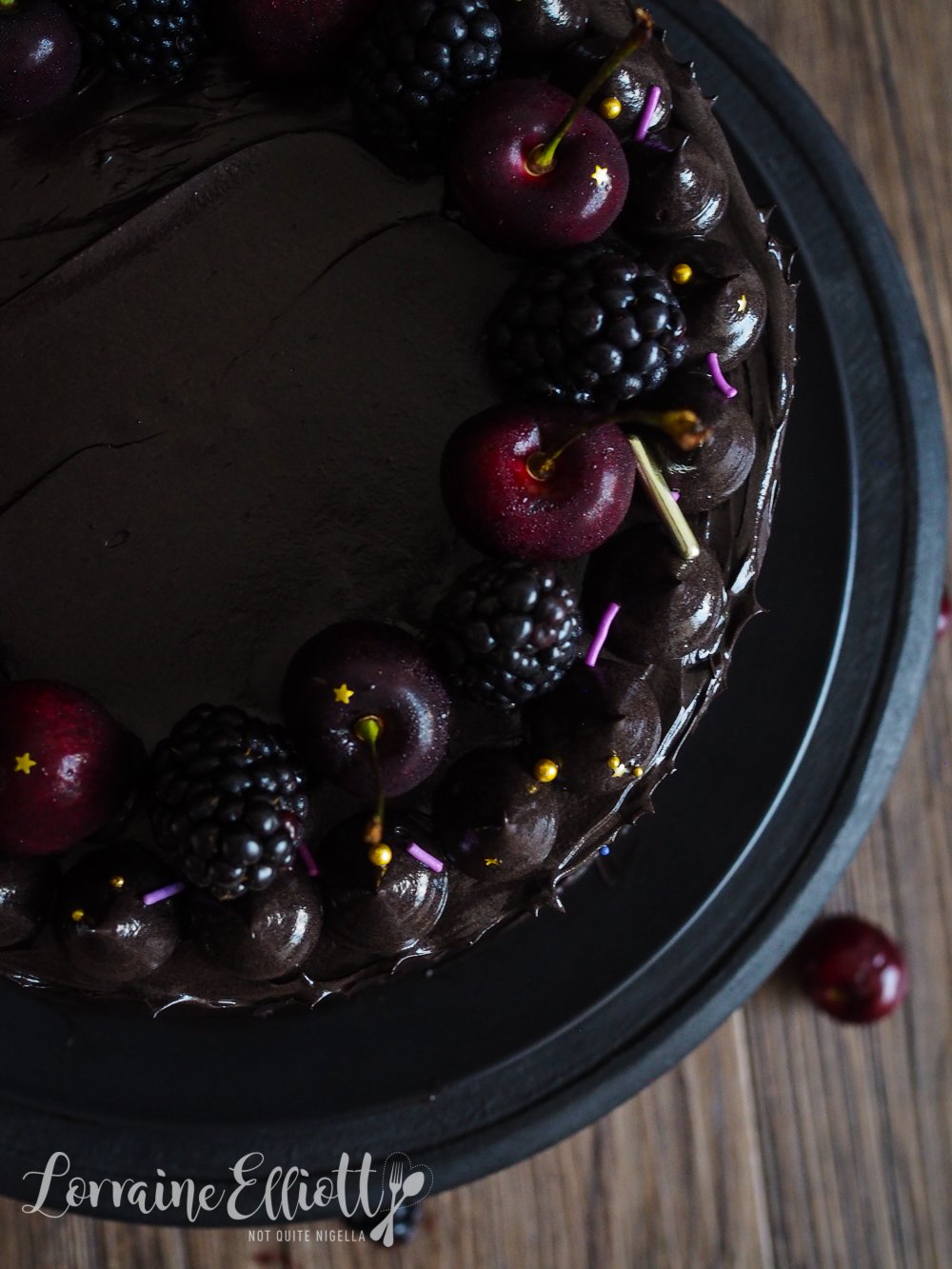 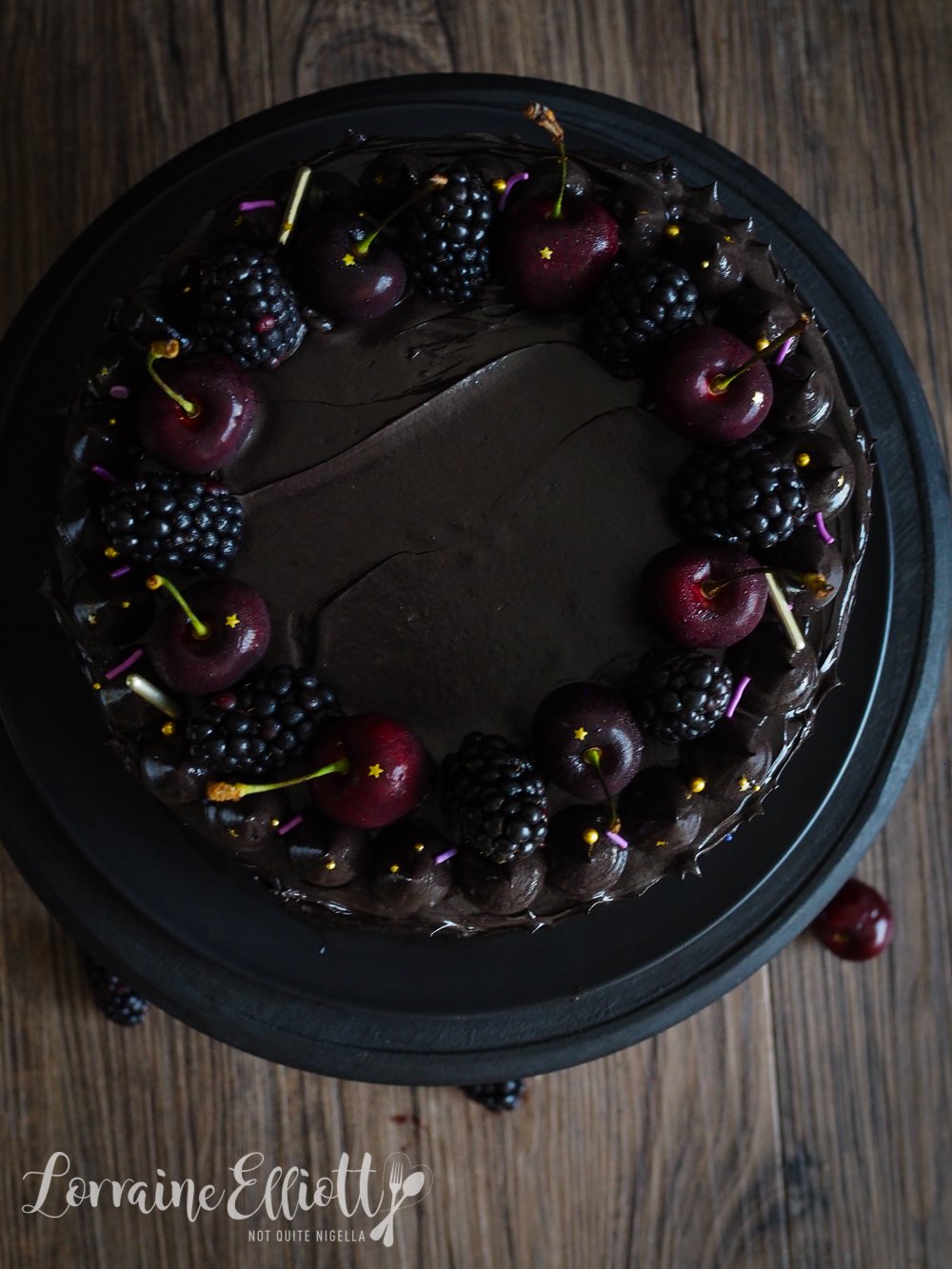 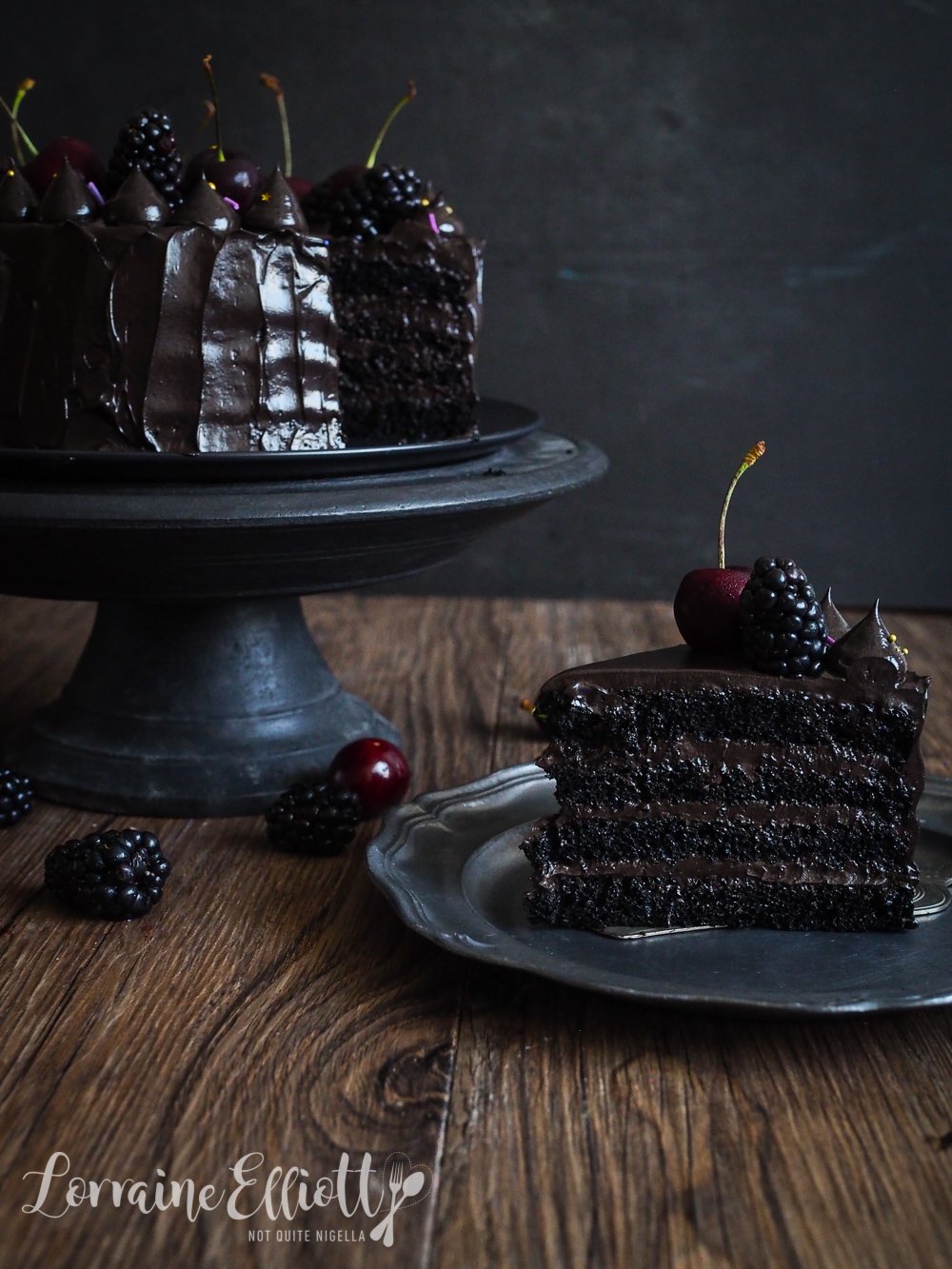 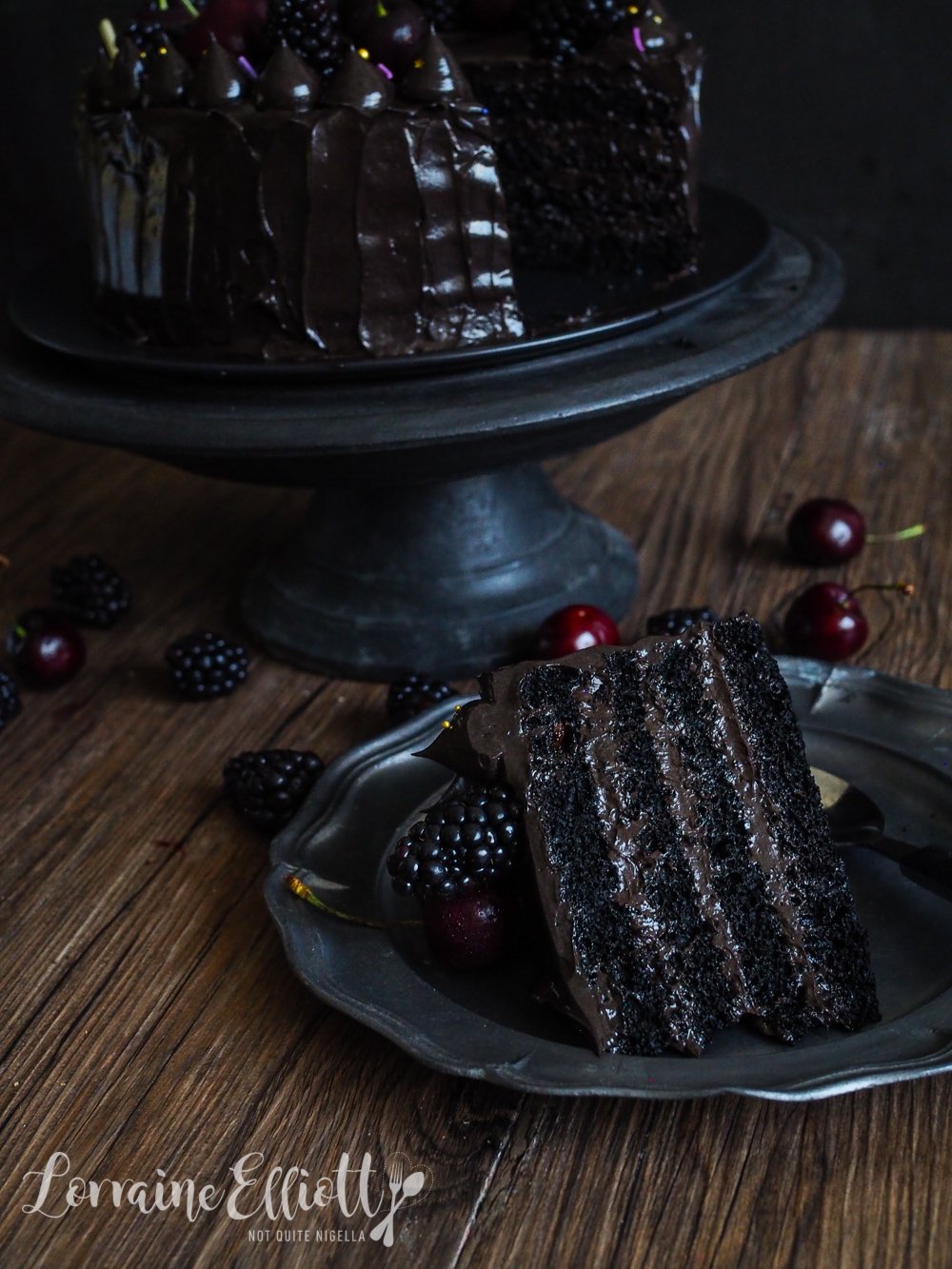 *Black cocoa is a specific product that is available online eg Amazon and from specialty stores. I bought mine from Southern Cross Supplies in Marrickville (they've now moved to Lidcombe) but it came in an enormous bag. This recipe will of course work with regular cocoa but it won't achieve that inky black shade. 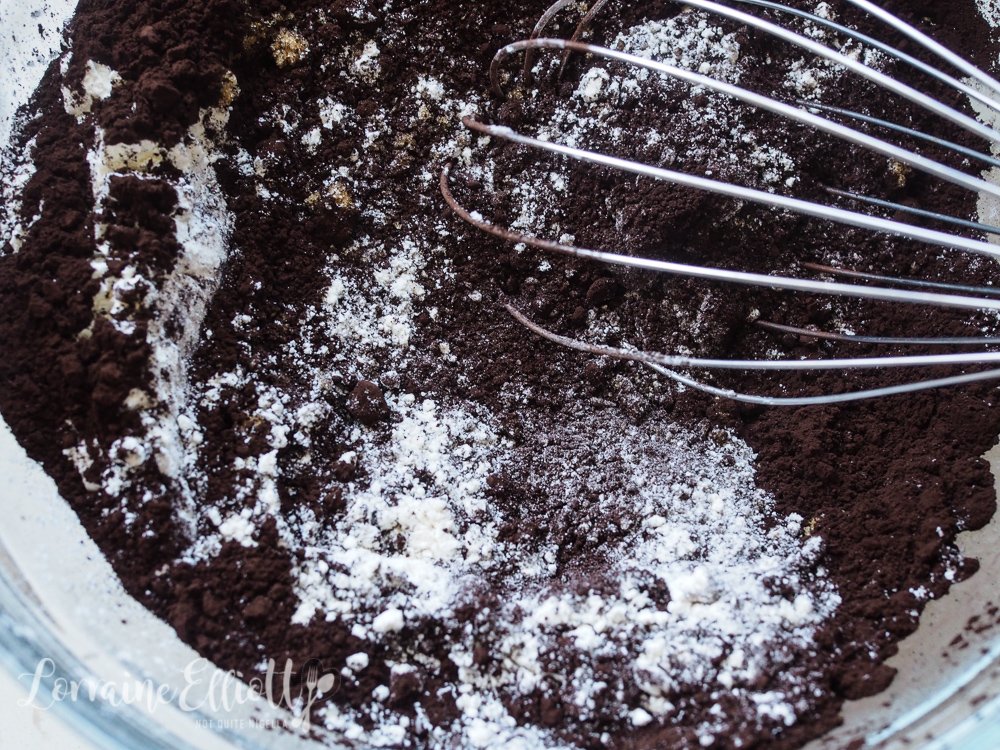 Step 1 - Butter and line 2x20cm/8inch and 10cm/4inch high round tins. Preheat oven to 160C/320F. Whisk the sugar, flour, cocoa, bicarb and baking powder in a large bowl. In a large jug measure the buttermilk, oil and vanilla. Beat in the eggs and then the water. Mix gently into the flour mixture in 3-4 lots along with the chopped chocolate. Divide among the two tins and bake for 30 minutes. 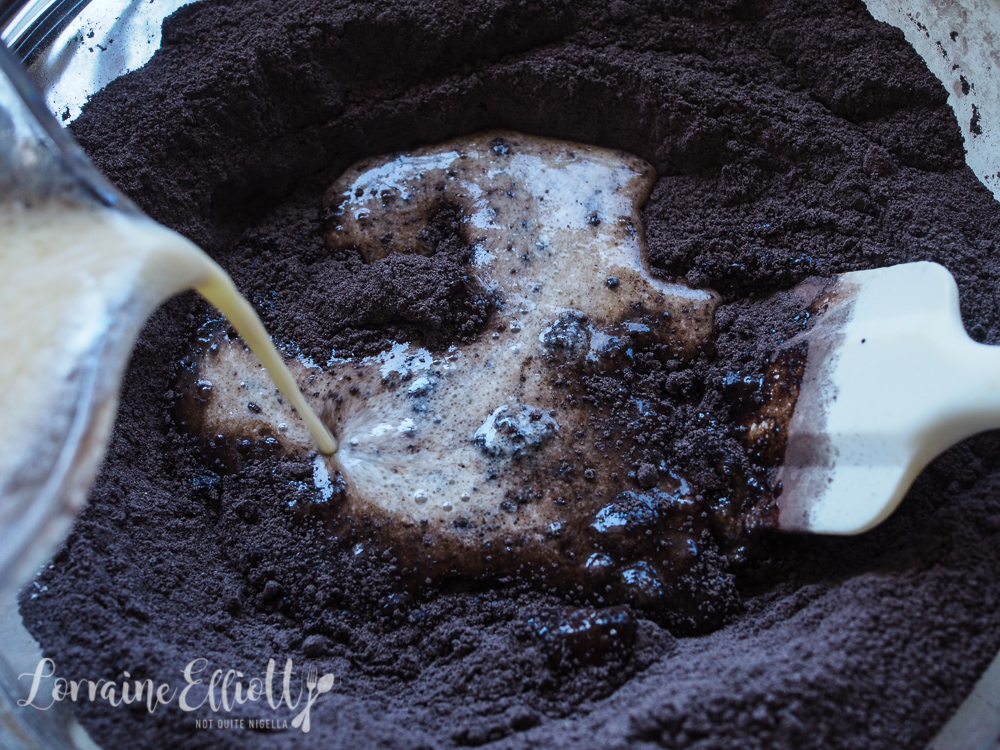 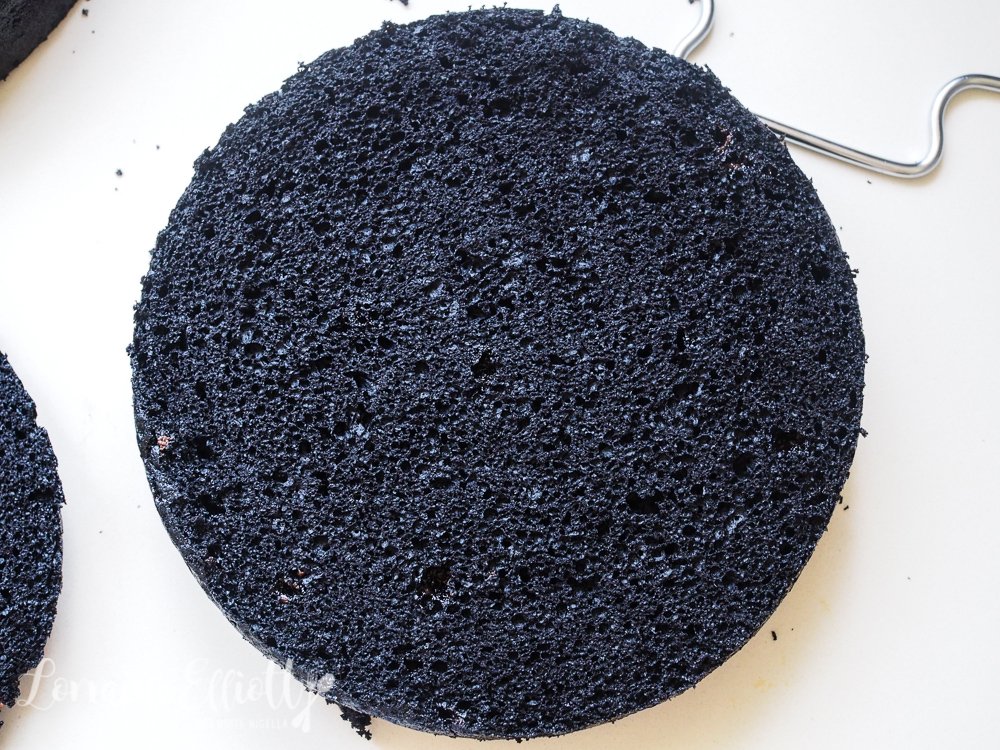 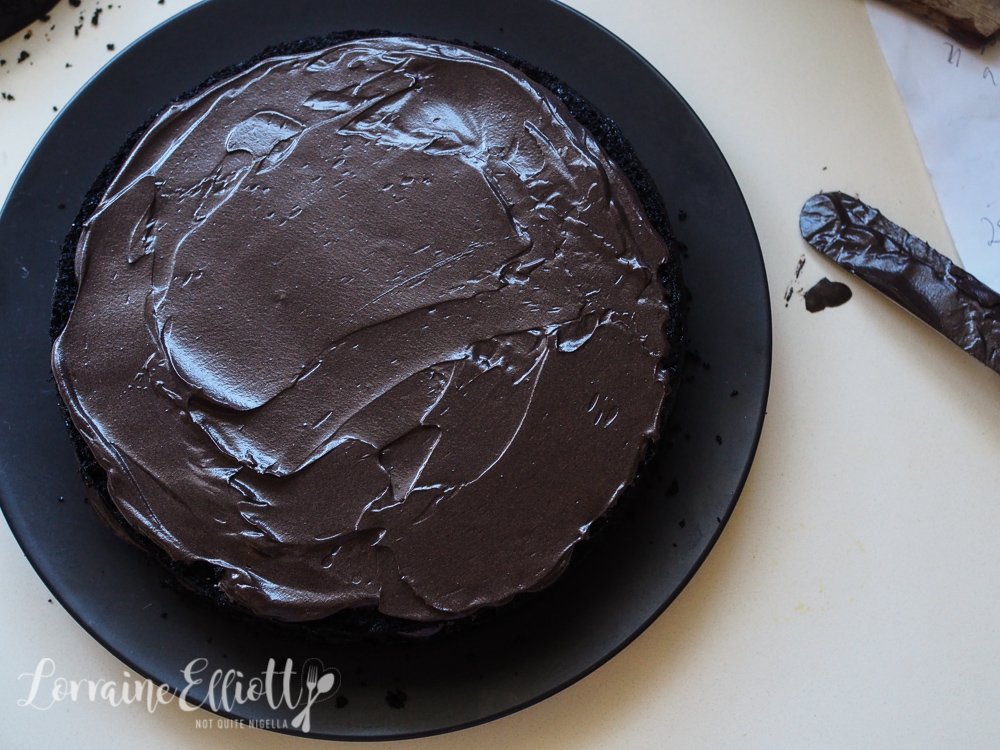 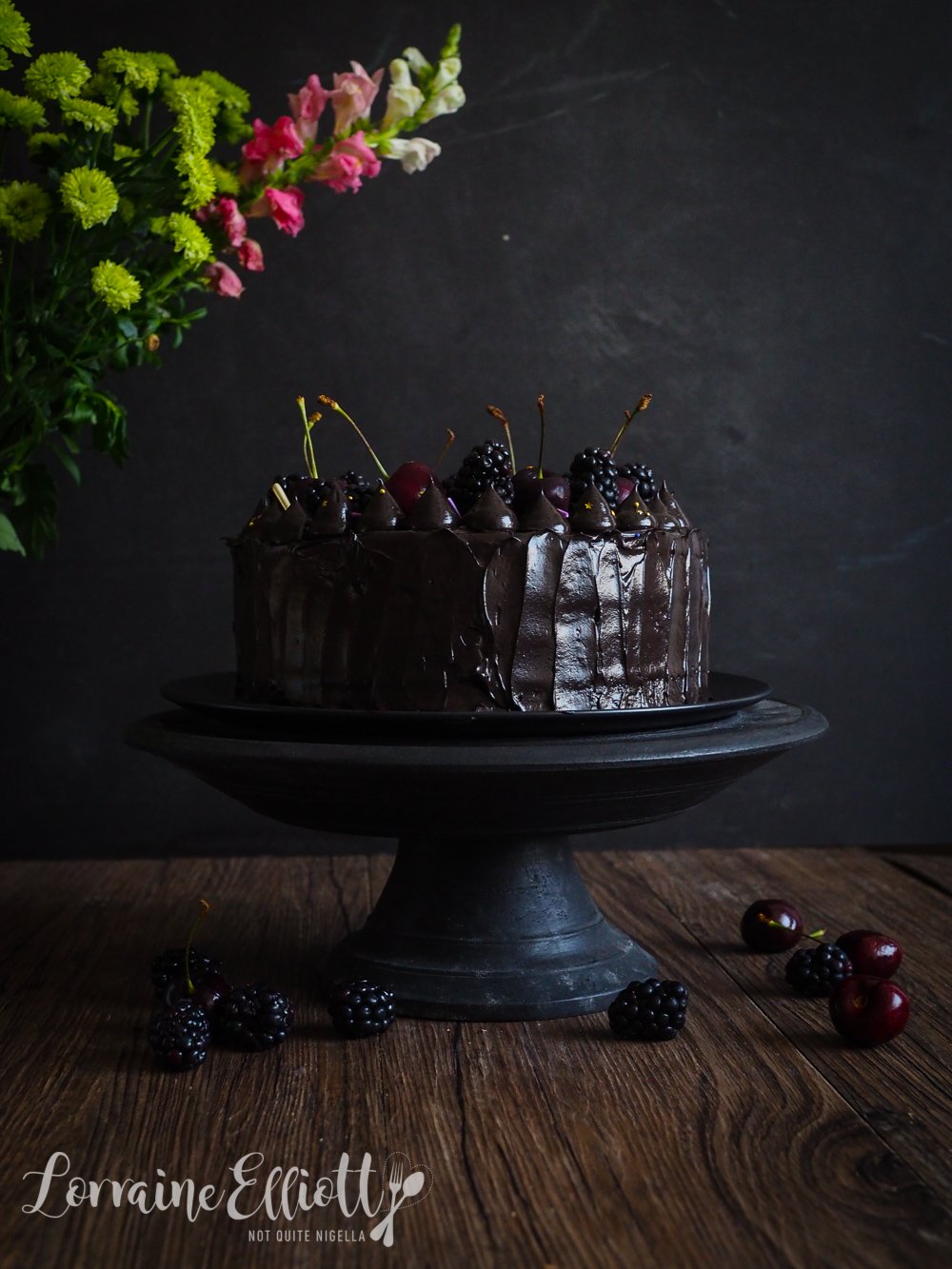