Caireid Away By Belfast, Northern Ireland 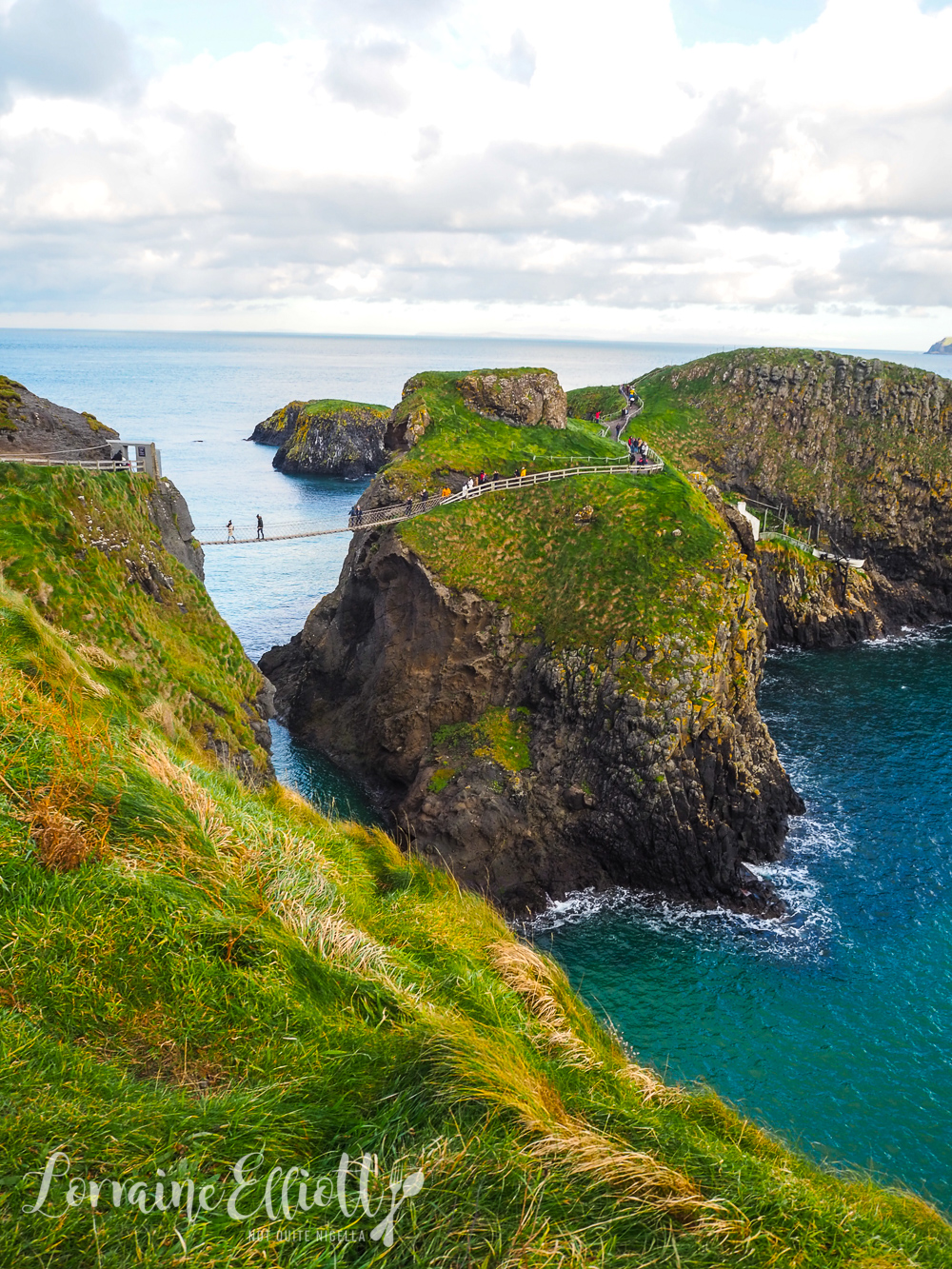 Welcome to Armchair Traveller, where we dream about travel from the comfort of our own homes. I am still sharing travel stories because daydreaming about travel helps us get through this but given the current situation with COVID-19, I am by no means endorsing any travel during this time. Please stay safe, stay home and stay healthy :)

"Aren't you cold?" Mr NQN asks our driver who greets us at Belfast airport in a cotton shirt. "Nooo the sun is shining, it's not cold!" he says pointing to the sky. Meanwhile I've got thermals, cashmere and a puffer coat on. 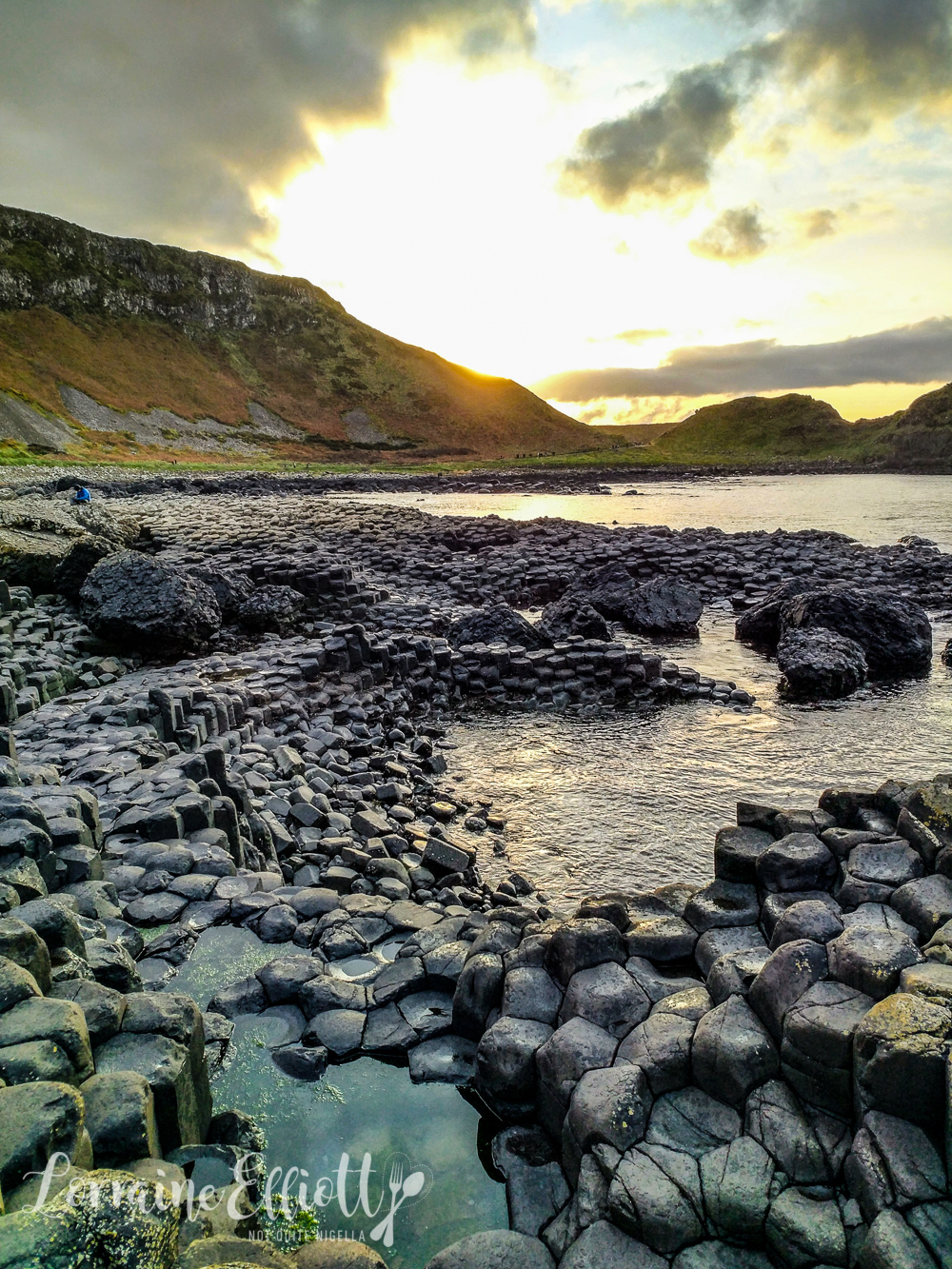 The drive from the airport to Belfast city centre is around 30 minutes and we pass farms with lush green pastures as far as the eye can see. I had expected to see the effects of winter on the grass but it's a vivid green. 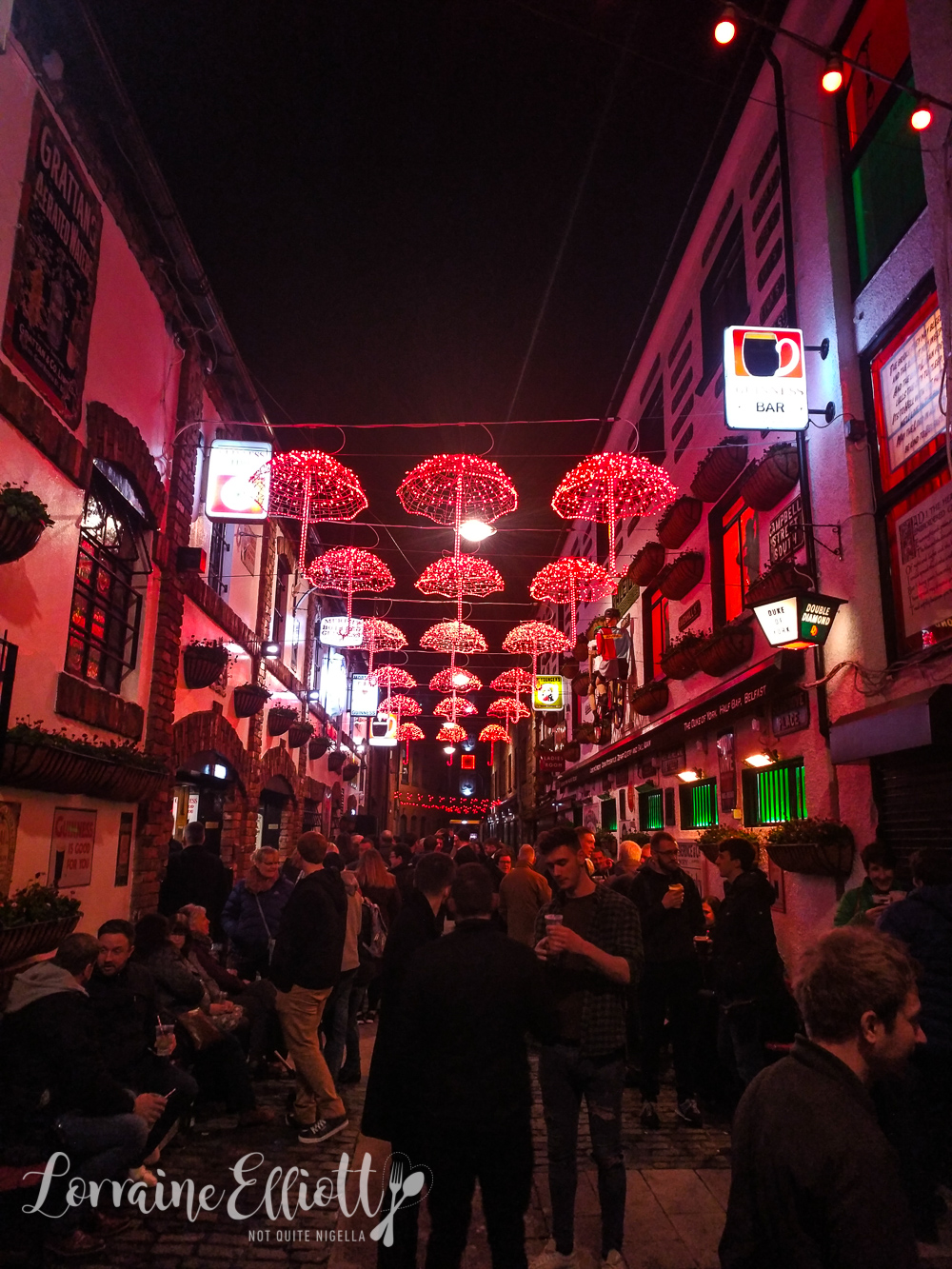 The city of Belfast is small, noticeably so, which makes it pleasantly walkable. The city is split up into seven quarters-the Linen Quarter, Titanic Quarter, Cathedral Quarter, Gaeltacht Quarter, Smithfield Market and Library Quarter, Market Quarter and Queen's Quarter. 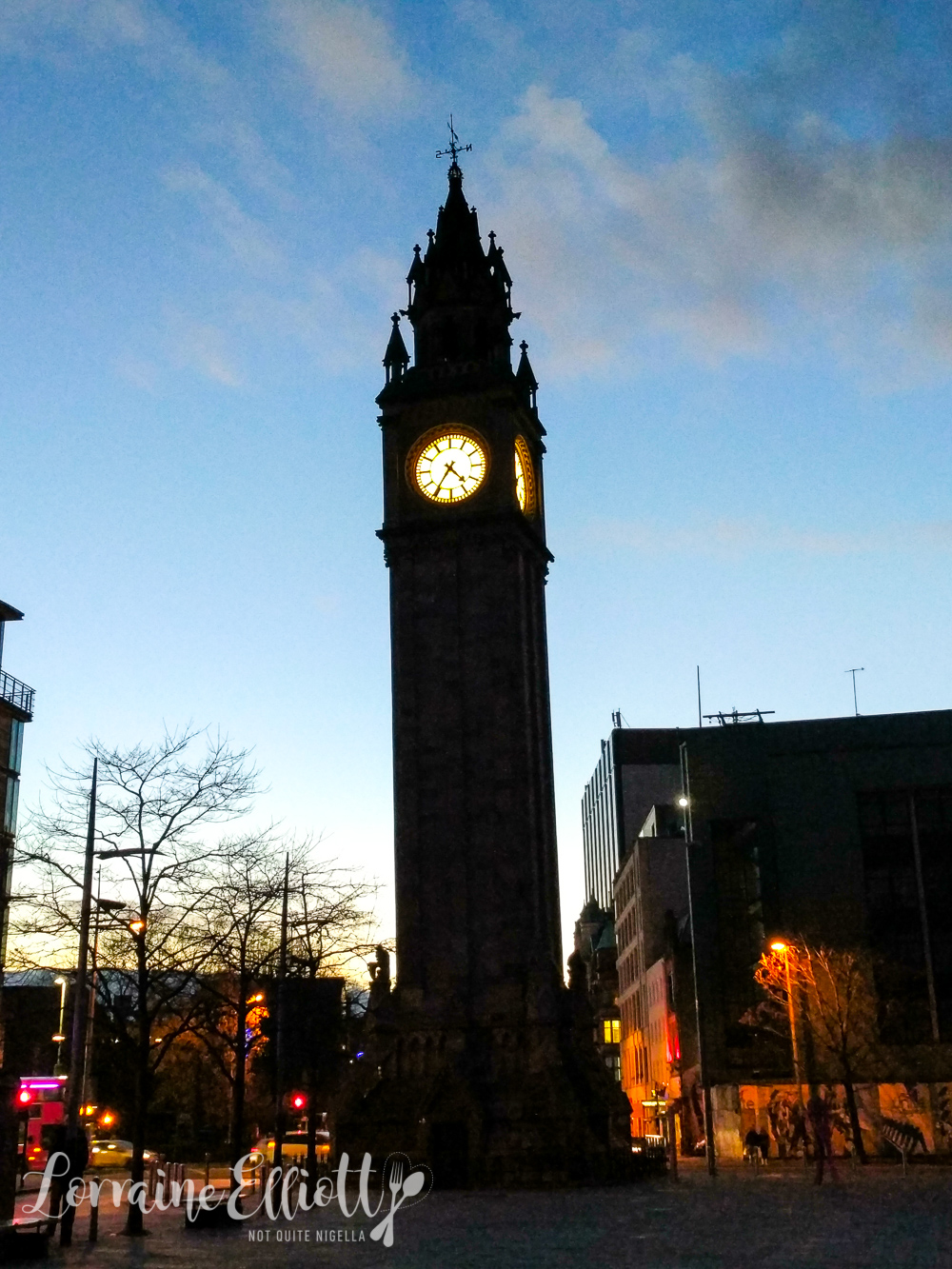 In the past it was known for being an industrialised city making linens and ship building. Many inventions came out of Belfast including pneumatic tyres, streetcars and tractors. Nowadays Belfast doesn't produce linens or build ships but there is still plenty to see that references its past as well as its the future.

Afternoon Tea At The Merchant 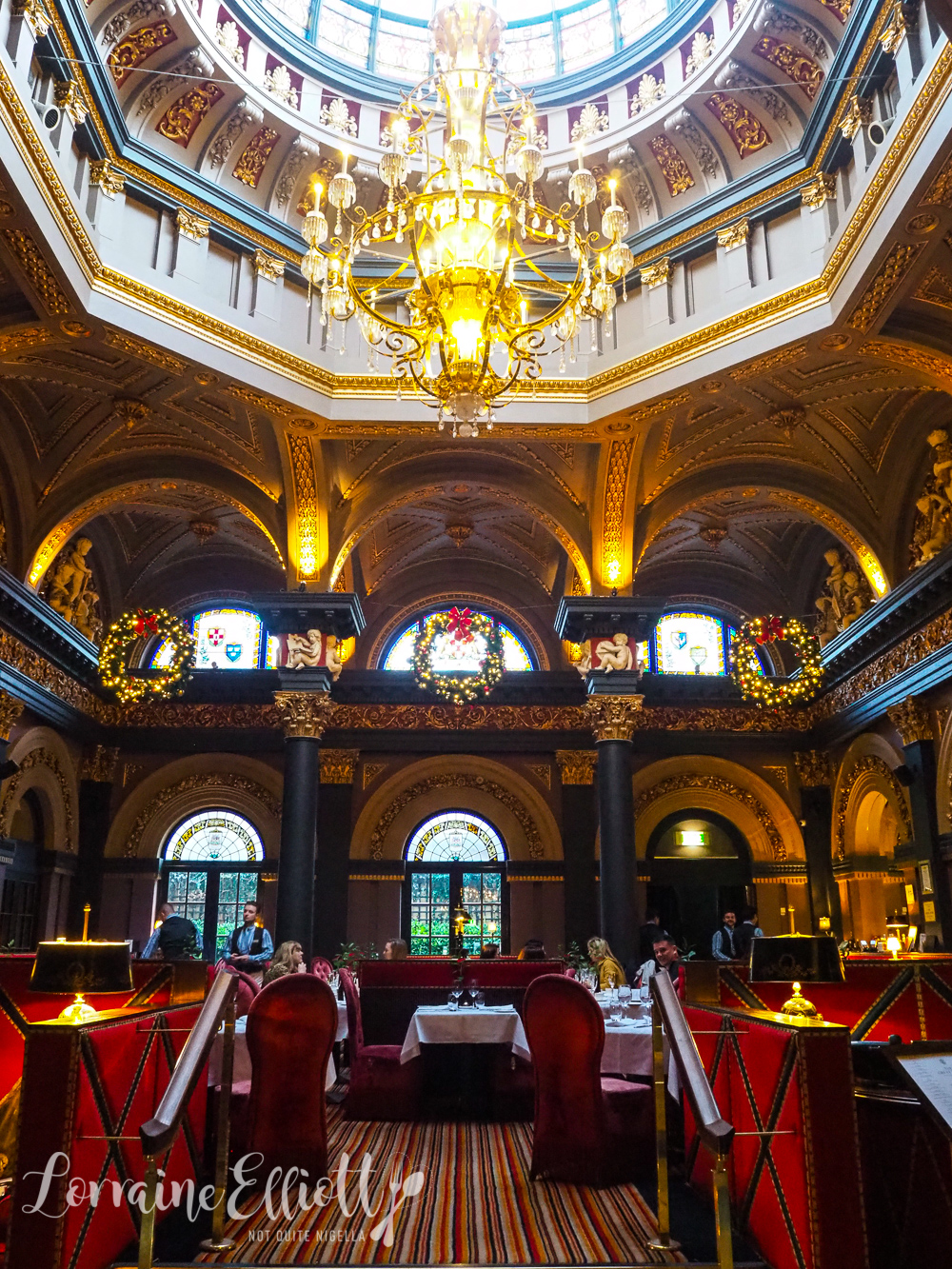 No stay in Belfast is complete without afternoon tea at one of Belfast's most prestigious hotels, The Merchant located on Skipper Street in the Cathedral Quarter. It is held in a beautiful traditionally style room called "The Great Room". 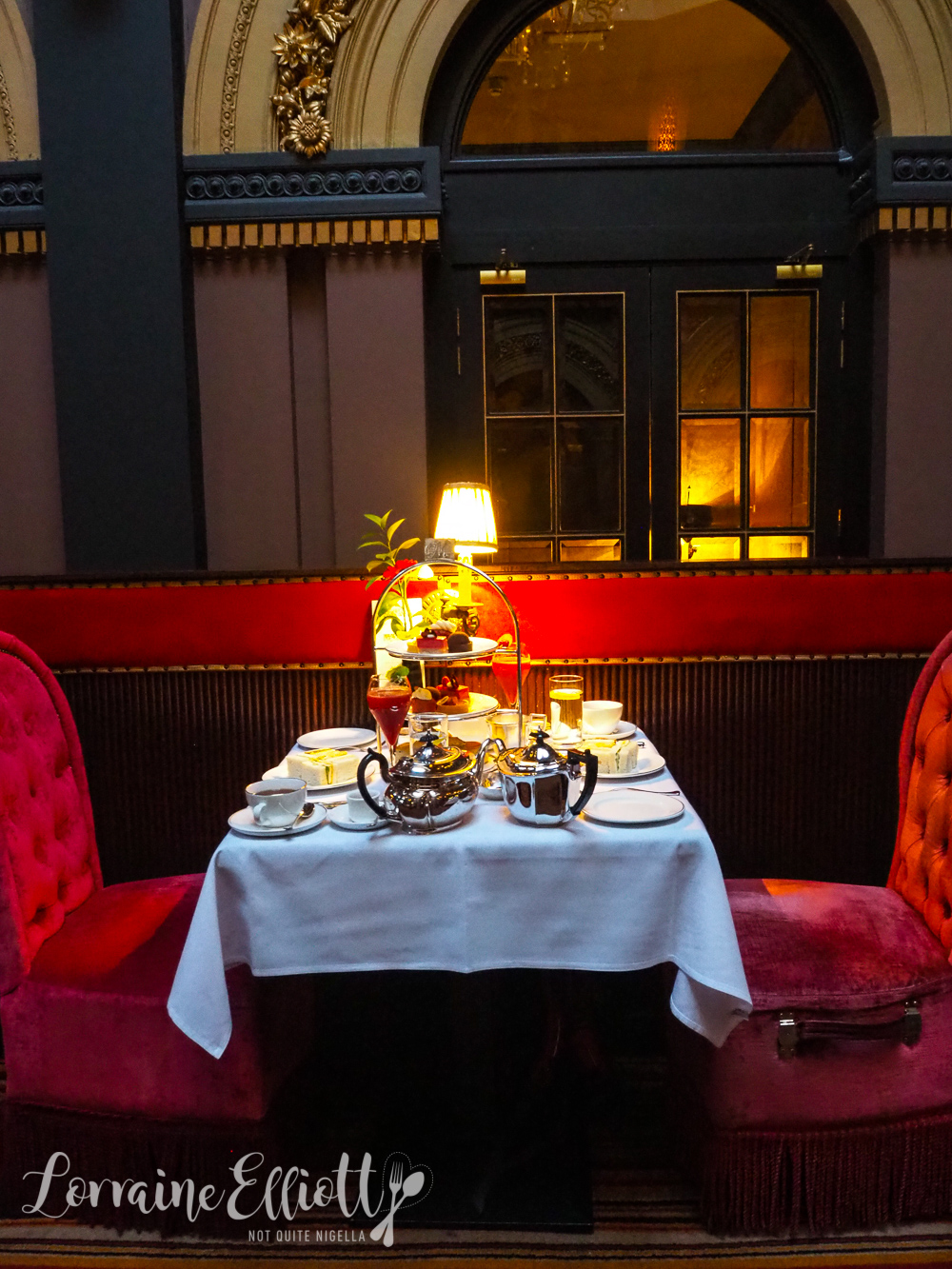 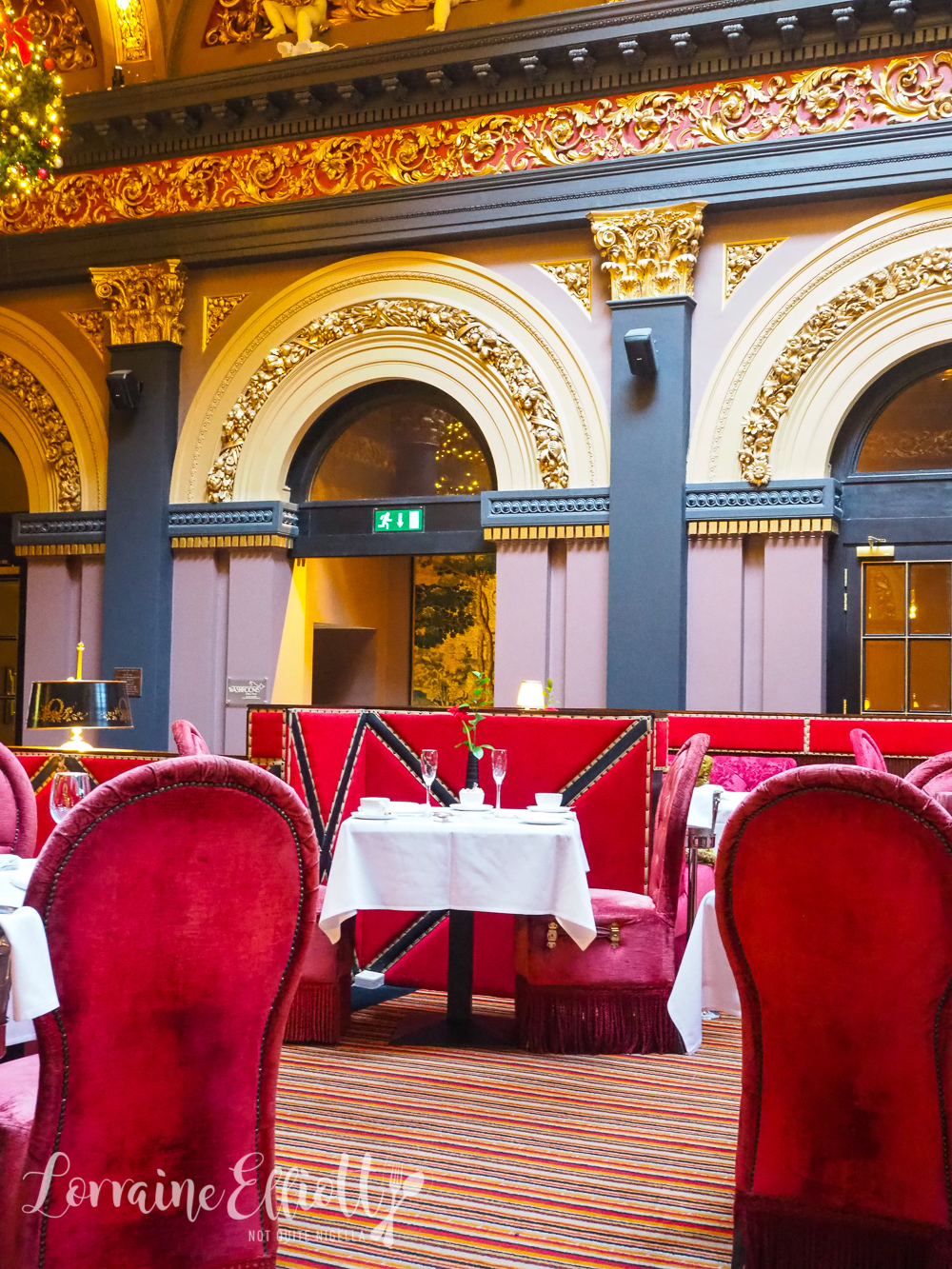 We opt for two types of tea: for me a Merchant Tea which is their signature black tea blend using teas from Sri Lanka, Kenya and India. Mr NQN has a Spicy Apple tea with dried apple pieces with cardamom, cloves, pepper and cinnamon. 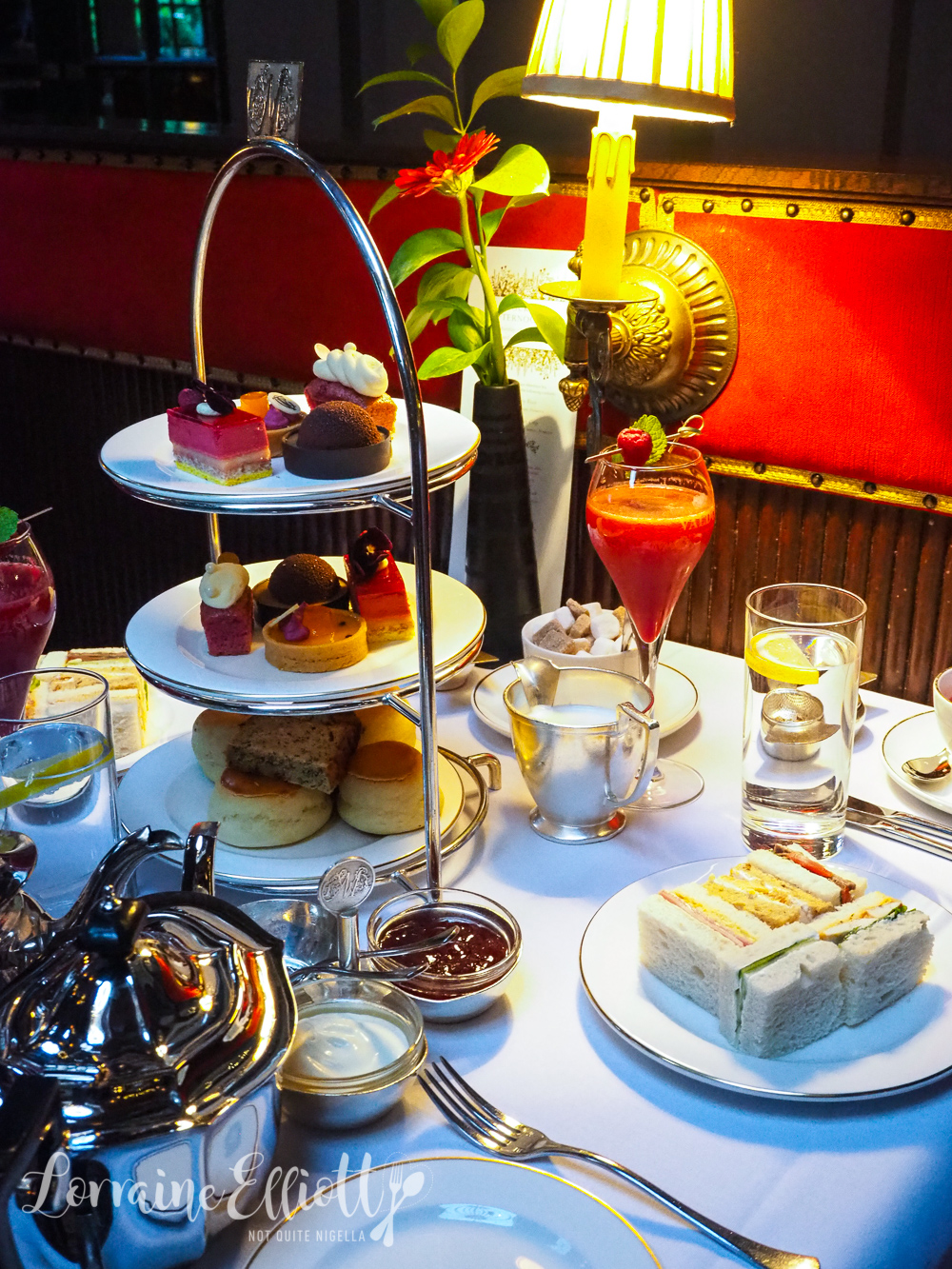 The three tier stand comes out and the two top stands have cakes while the scones are on the bottom stand. An individual plate of sandwiches is placed in front of each of us. 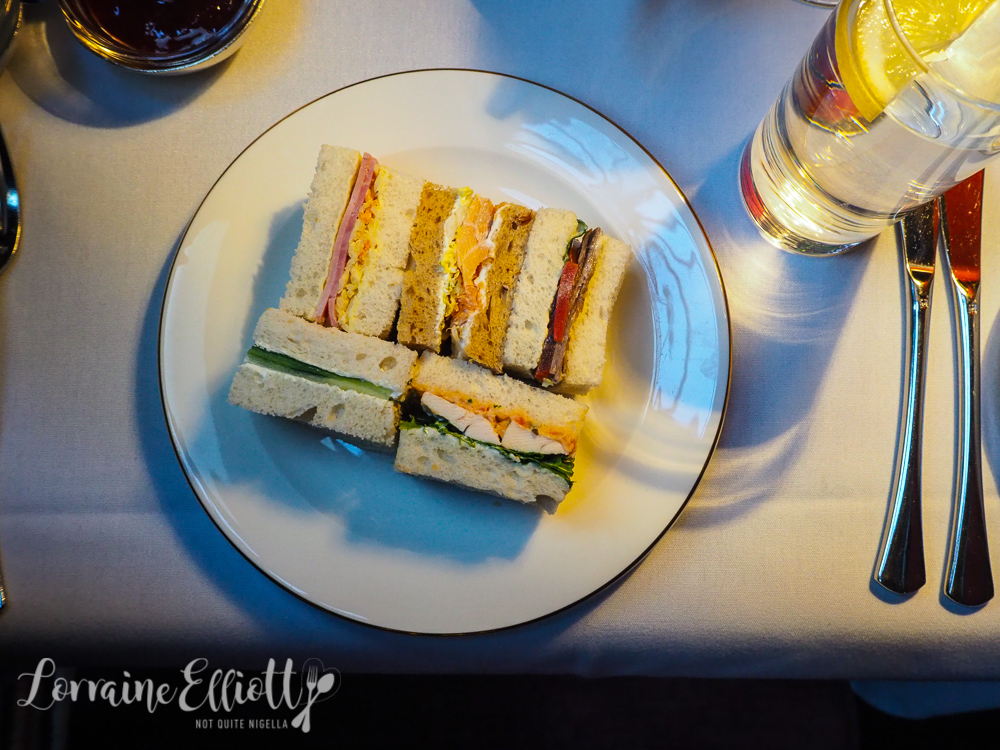 There are four types of sandwiches and my favourite is the roast and confit chicken ones with semi dried tomato and rocket salad. There's also a roast beef and salad with horseradish mayonnaise, hem, celeriac and carrot remoulade and a smoked trout with dill. 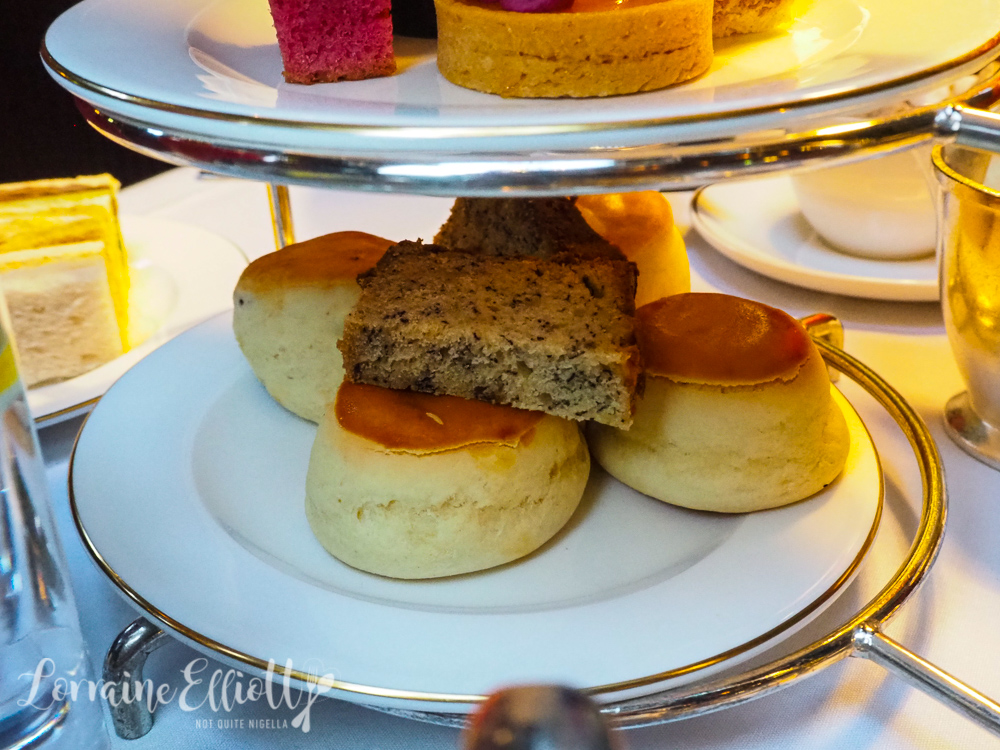 The scones are wonderful and there is a plain and fruited one with clotted cream and strawberry jam. There is also a slice of moist, freshly baked banana bread. 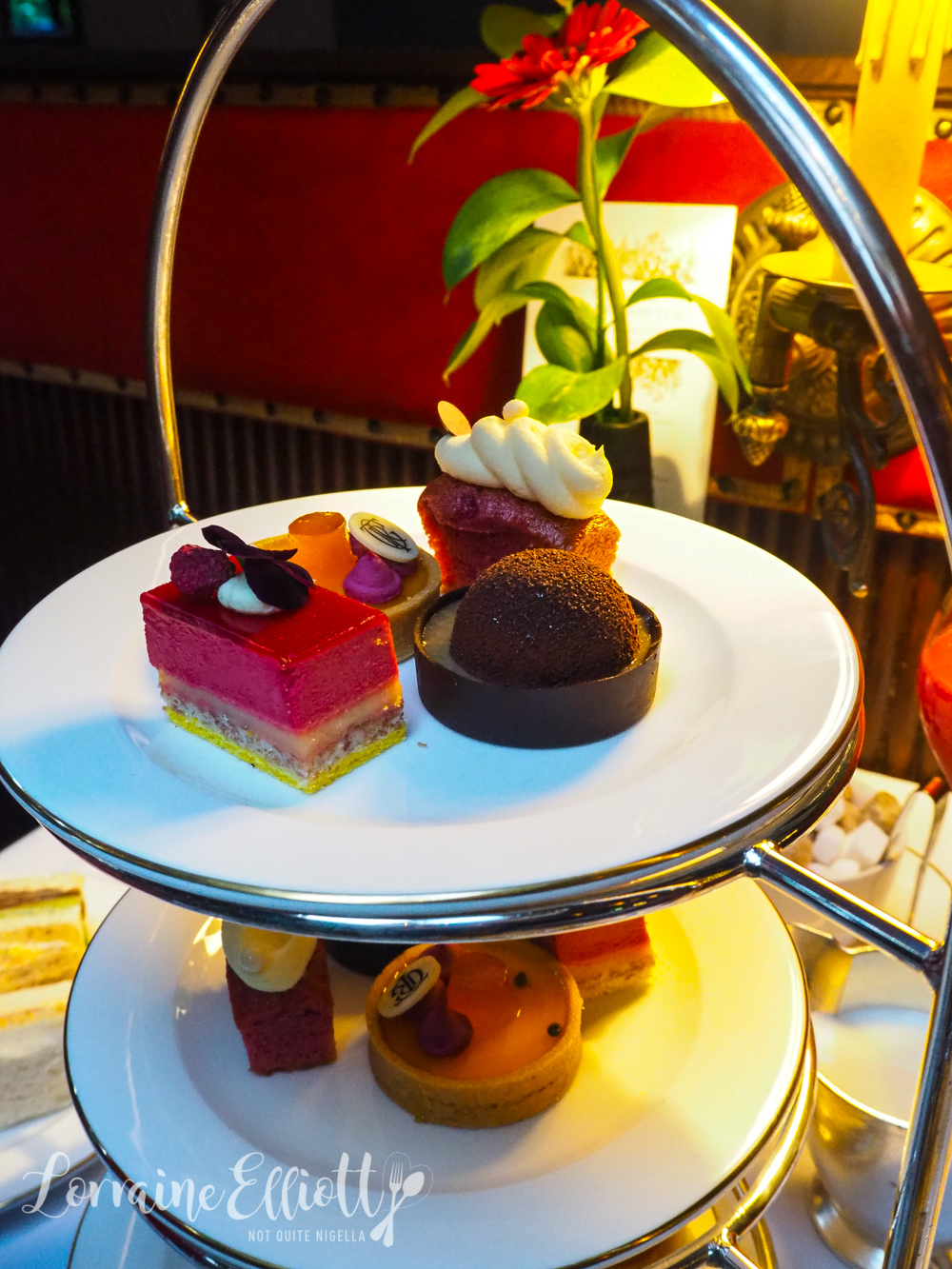 The patisserie is where the afternoon tea really shines though (and I usually like the cake layers the least!). There is a divine raspberry and lemon delice with a crunchy feuilletine layer; a passionfruit tartlet, a mini cake loaf with frosting and my other favourite, an almond and apricot chocolate tart. 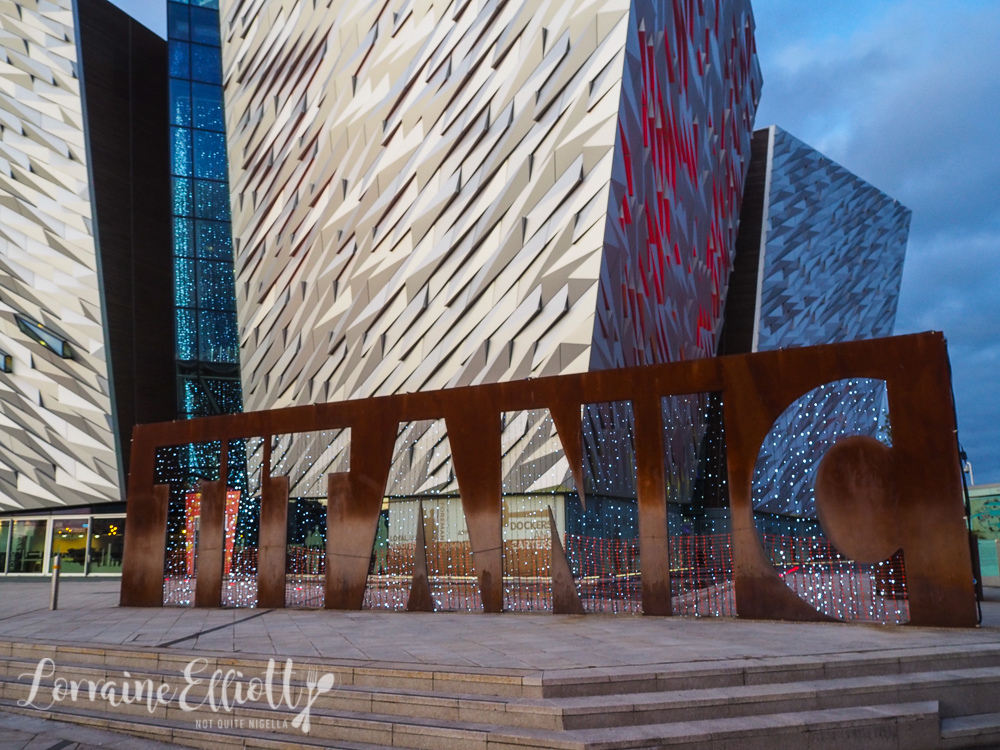 Belfast is forever associated with the Titanic ship. Indeed the Titanic was built here and if you visit the Titanic Belfast you can learn everything there is to building the ship (it was literally built at the space facing the museum). 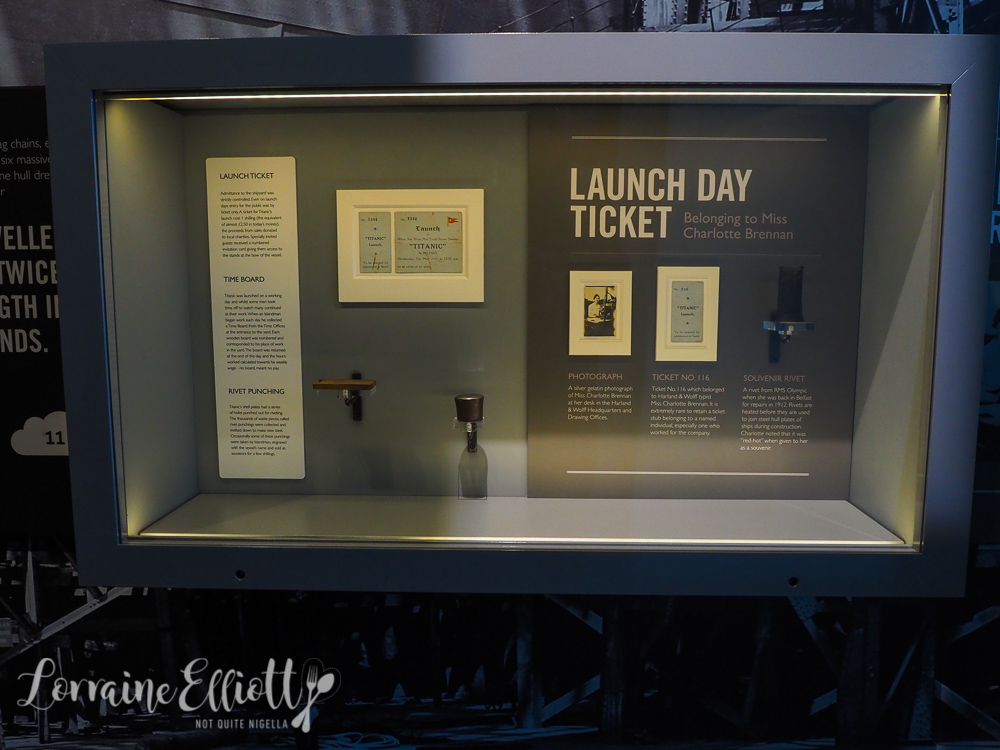 The Titanic Museum was open in 2012 at a cost of £101million and is shaped like the bow of a ship. You can quite easily spend a couple of hours learning more about the fateful ship. 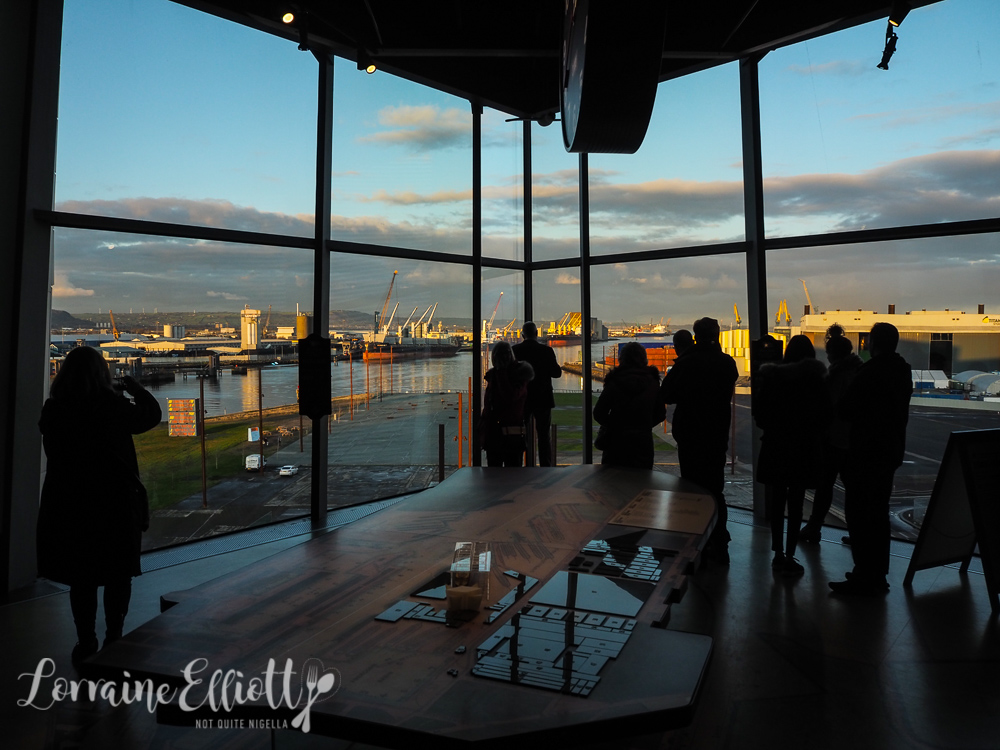 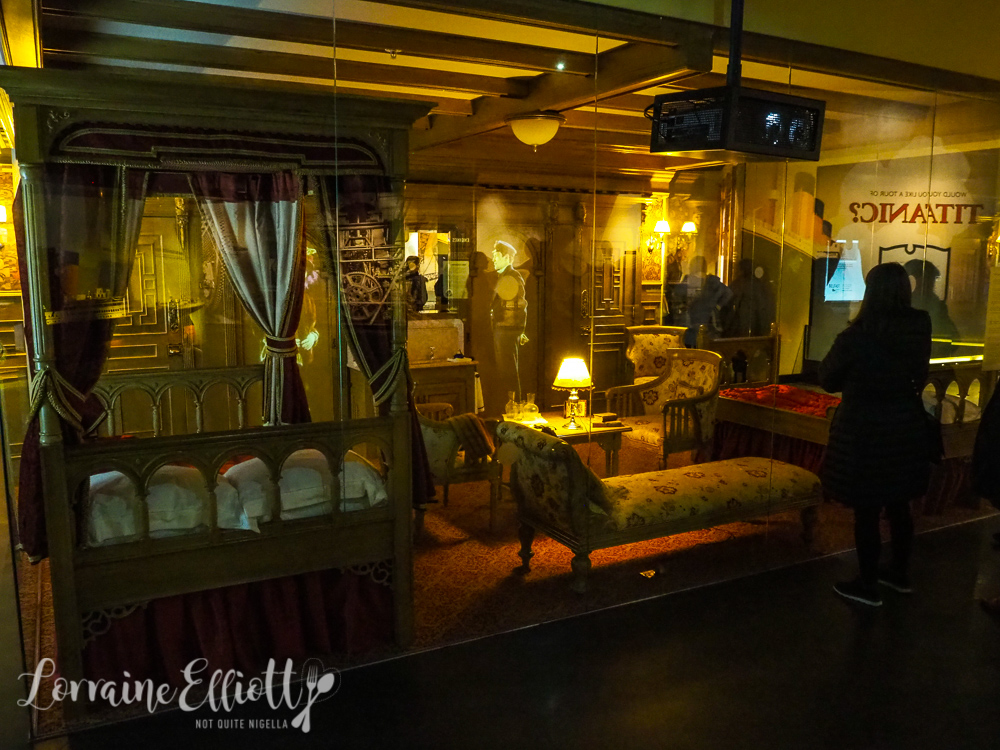 Take a peek into what the first, second and third class staterooms are like or look at the menus on board. Or take a ride showing you conditions of the workers that forged steel and built the ship. 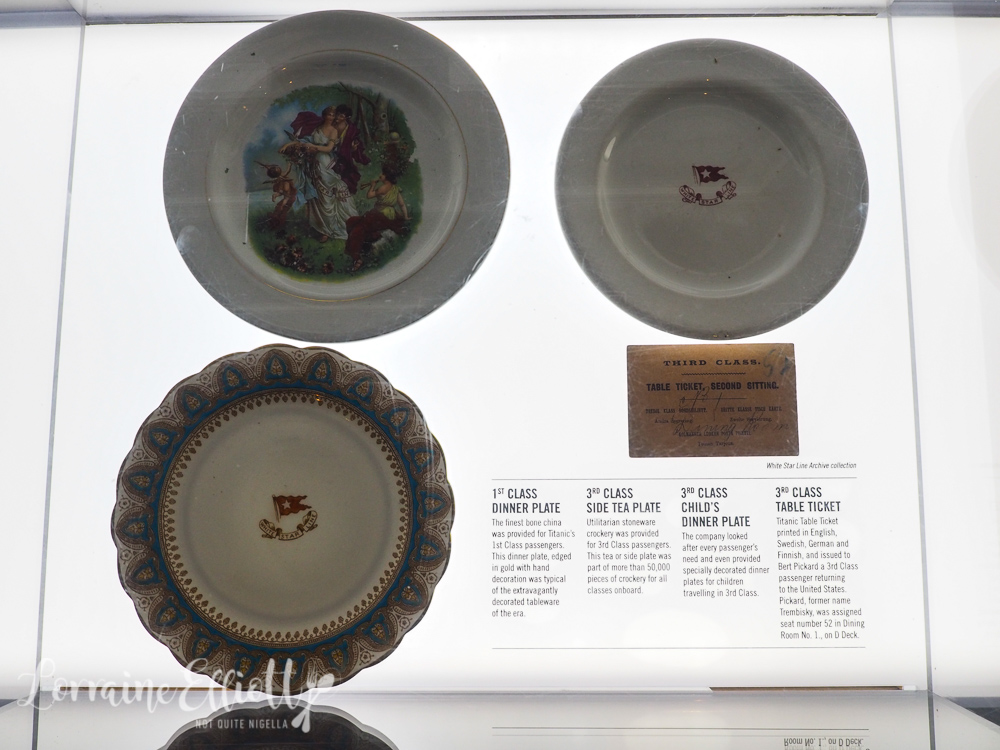 Or read about the aftermath and the survivors and those that perished in the world's most famous maritime disaster. 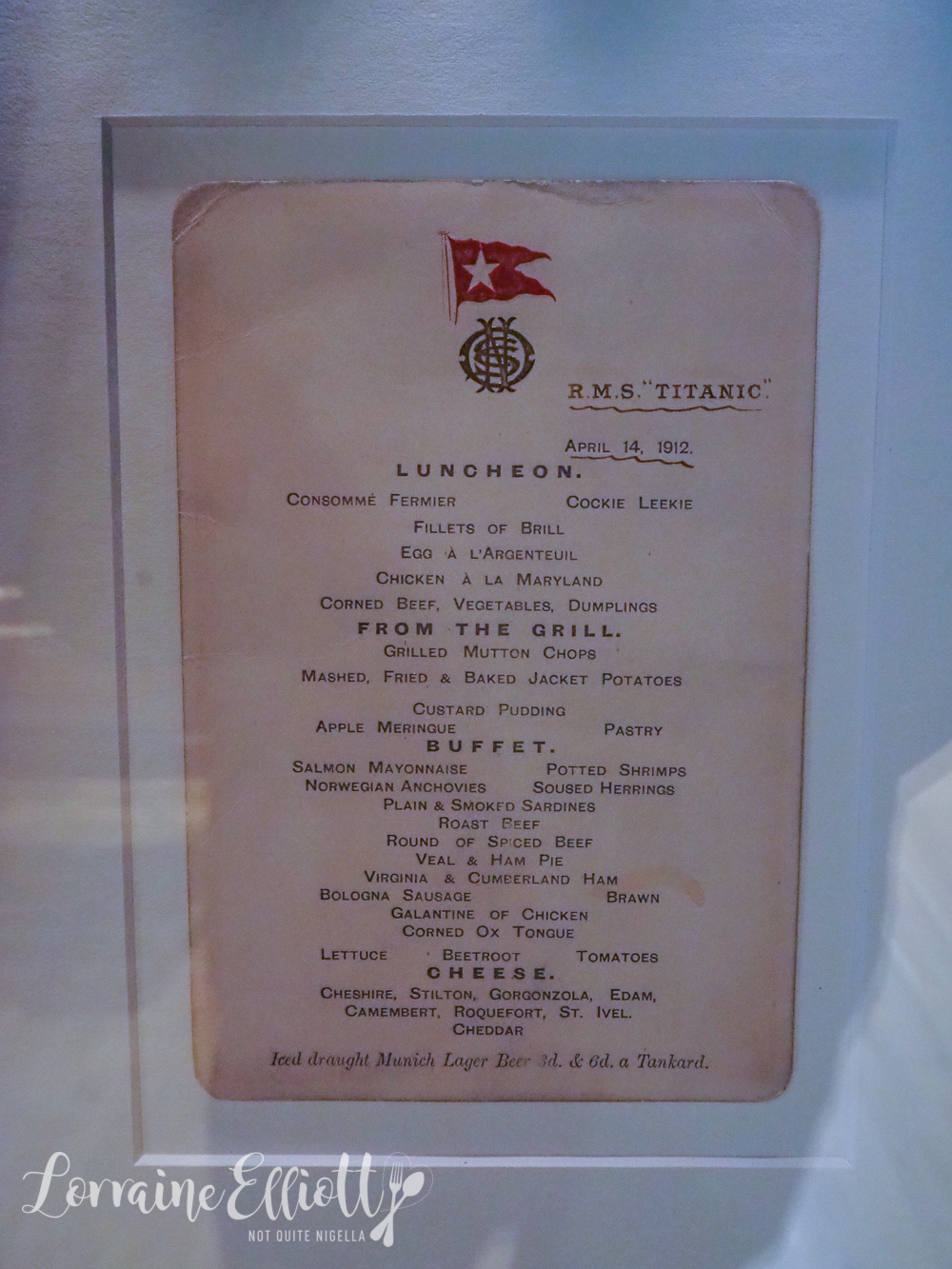 Every year thousands of Game of Thrones fans make the pilgrimage to Northern Ireland which was the setting for a lot of filming of the popular medieval fantasy show. Belfast is the base for the show and a lot of shooting happens at Titanic studios. 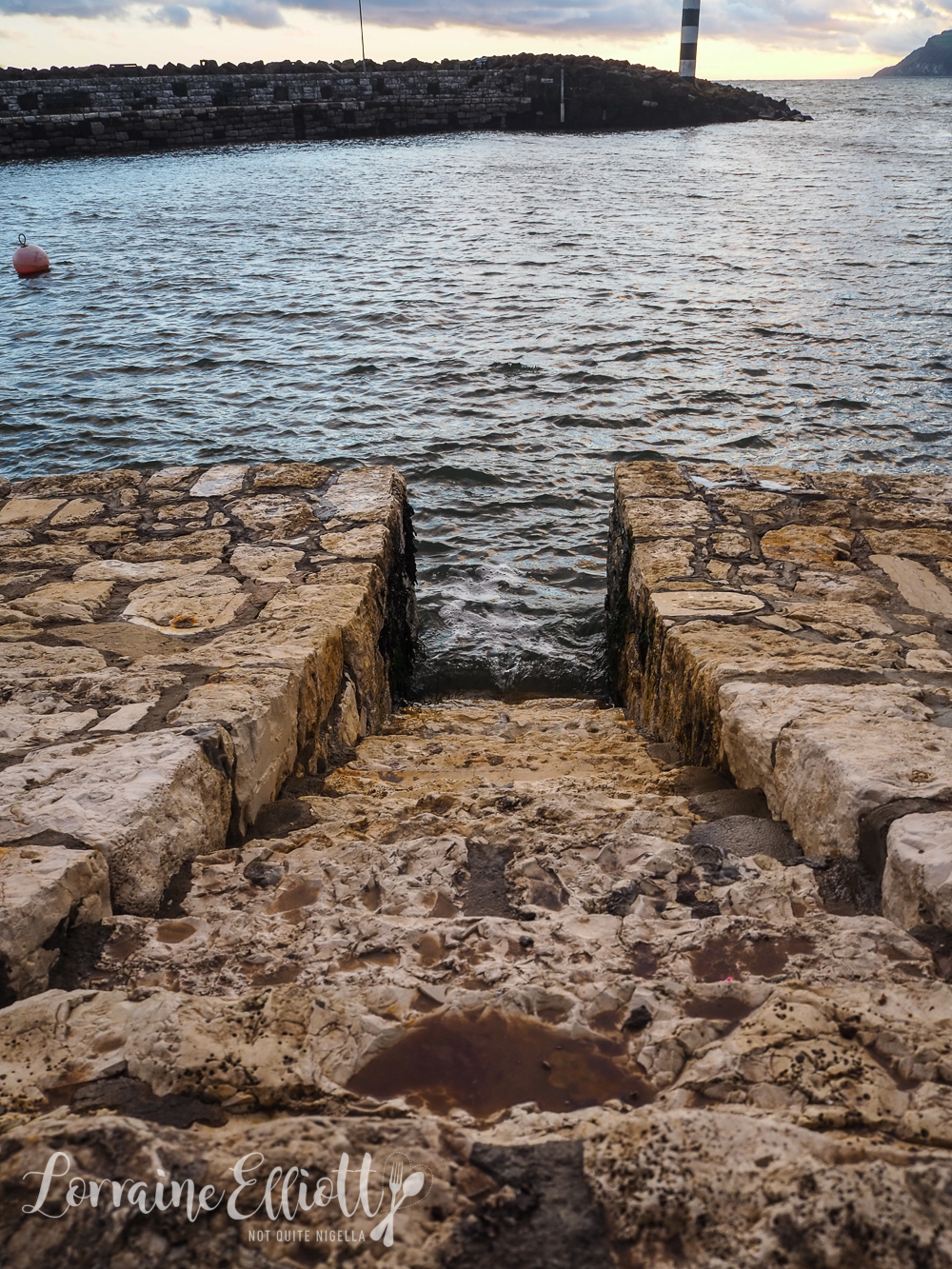 There are a couple of tours available with Game of Thrones tours - a Winterfell tour and a Giants Causeway Tour. We are booked in for the Giants Causeway tour that goes for a full day and starts at 7.30 am and finishes around 5.30pm-6pm. Most people on the tour are fans of the show but even if you aren't you do get to see some truly spectacular views and locations. 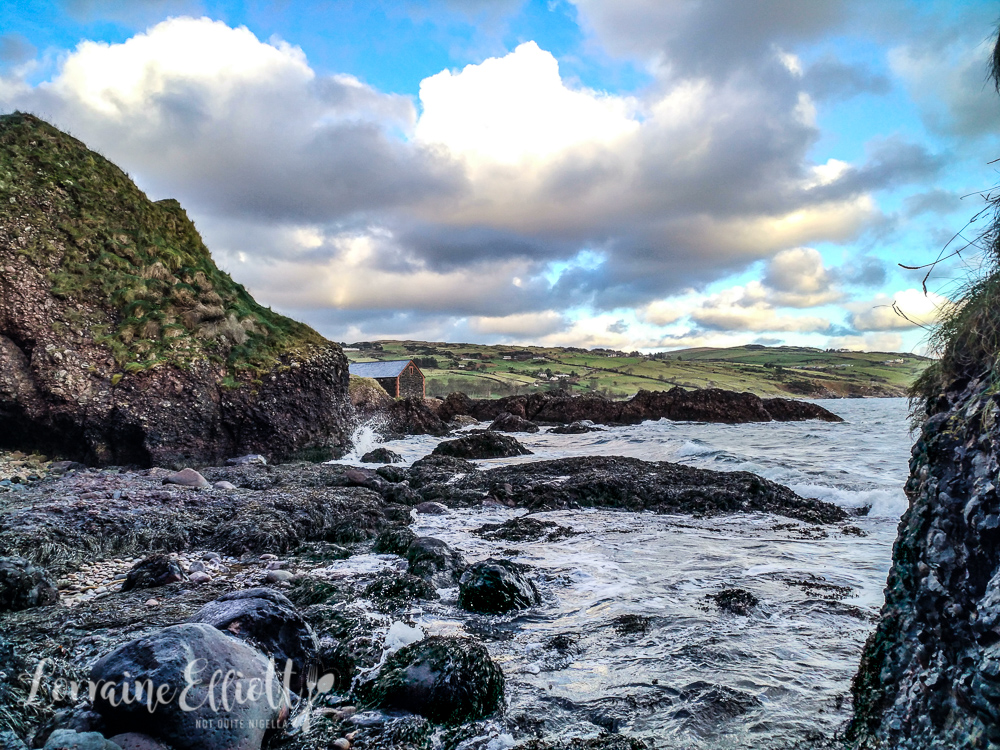 There are around 9 stops in total and all guides at Game of Thrones tours must have worked on the show. Our guide Adrian is a photo double for Ser Davos as well as an extra on the show so he provides extra insight into the show and has fans enthralled with his behind the scenes stories. 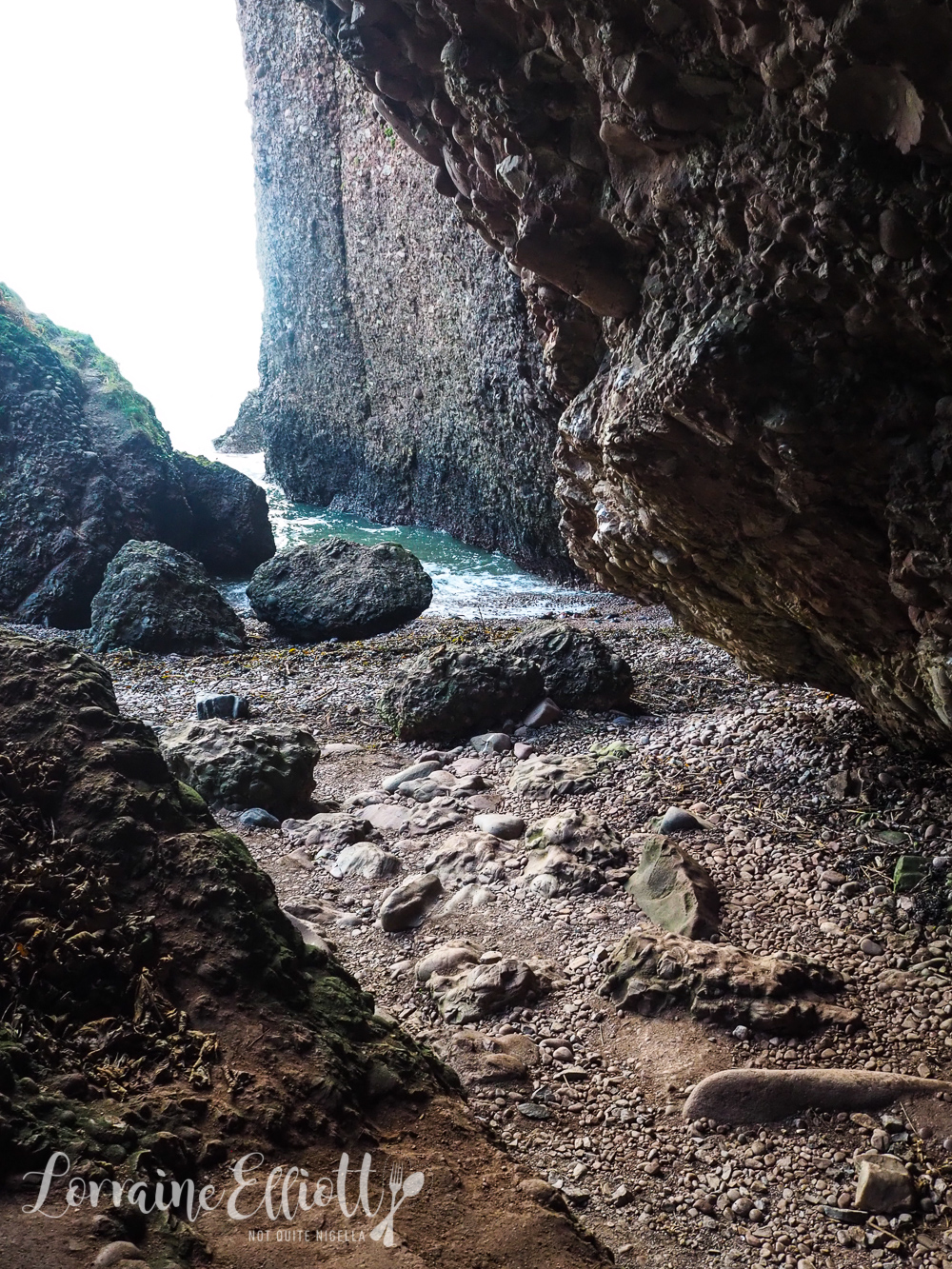 Time keeping is important with a group as large as this and with this many stops but you get enough time at each to get your photo and he explains each stop in great detail. 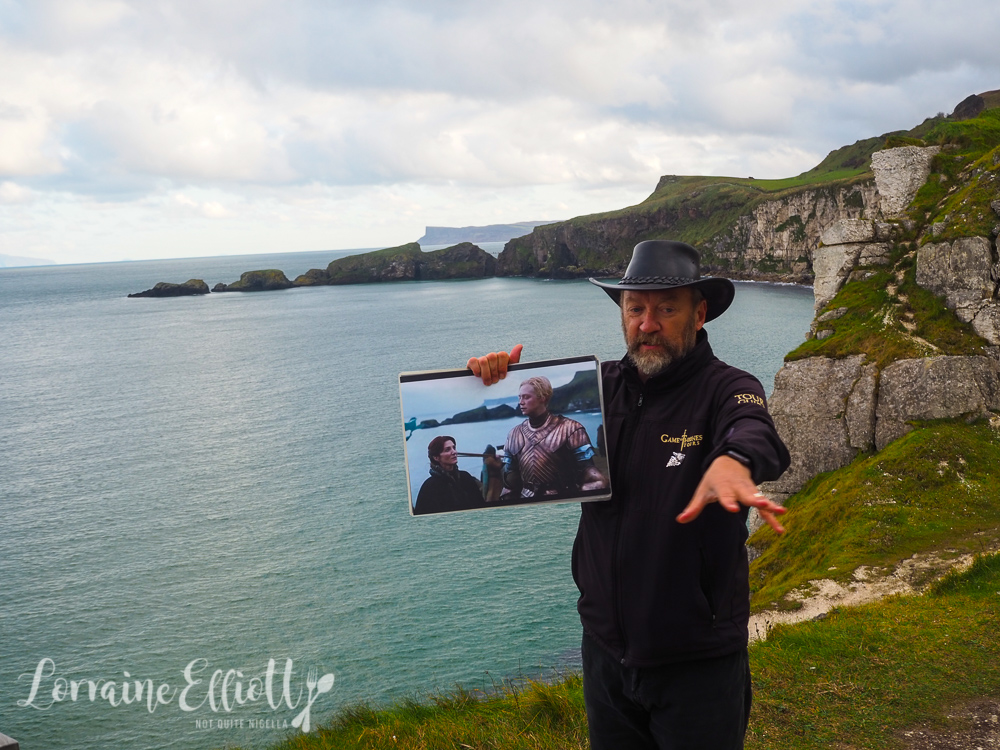 The tour is all about Game of Thrones although even if you haven’t seen the show you do get to see some spectacular locations like the Giants Causeway (although the show didn’t shoot here). 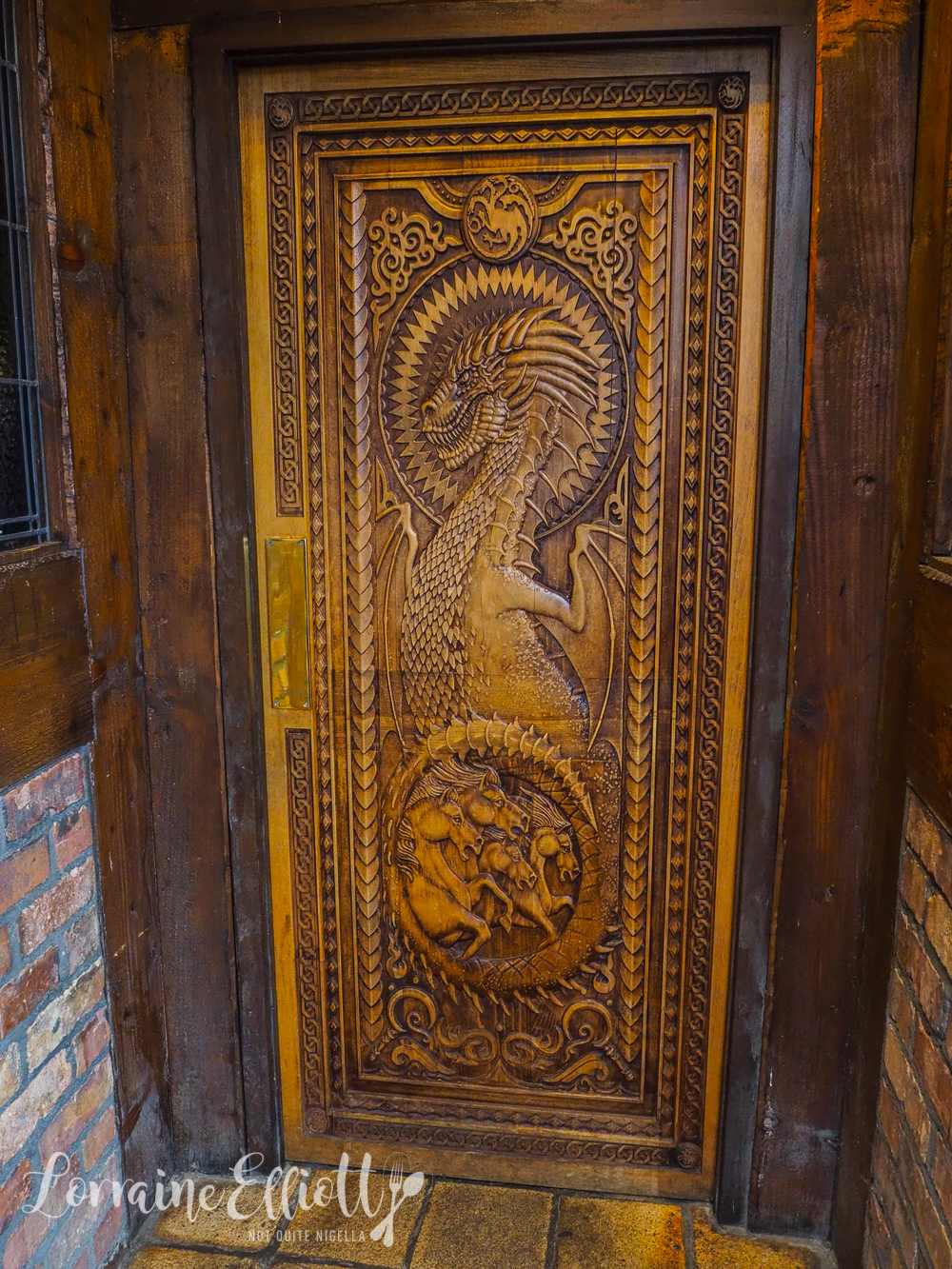 The Fullerton Arms Pub GOT Door

There is also a chance to get dressed up in Game of Thrones clothing with weapons and they take us to the Iron Islands to the beach where the scenes took place. 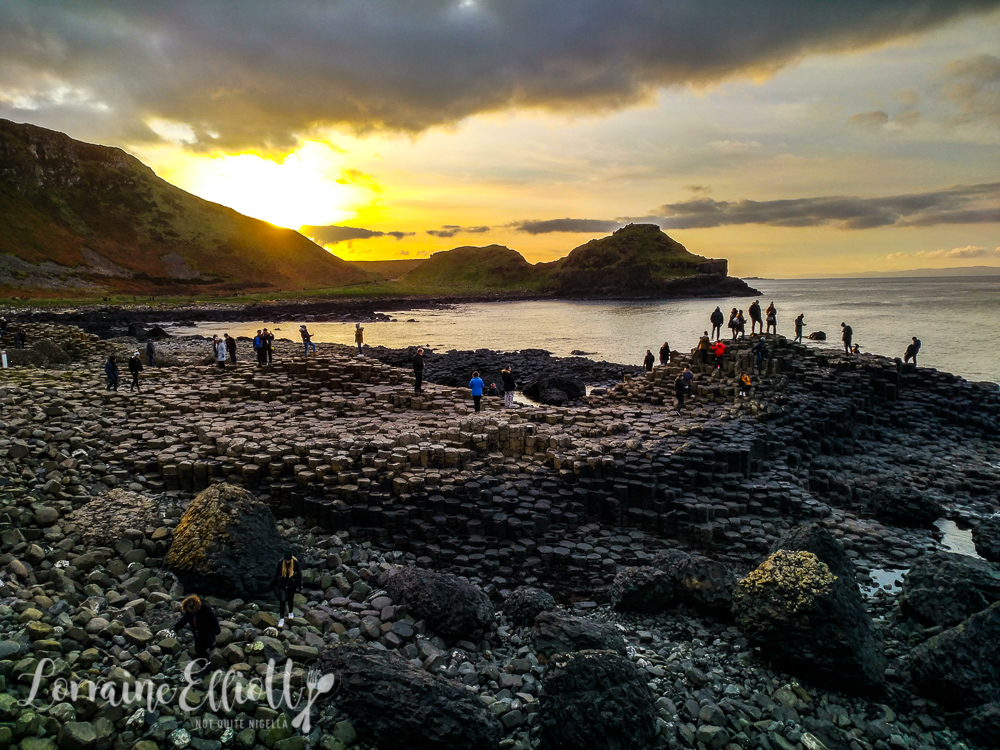 Key GOT stops include Arya's steps in Carnlough, Cushenden Caves where Milisandre gave birth to a dark spirit, Carrick-a-Rede rope bridge (they didn't shoot here but copied the bridge for a scene), Larrybane Chalk Quarry which was used in several scenes across a few seasons. 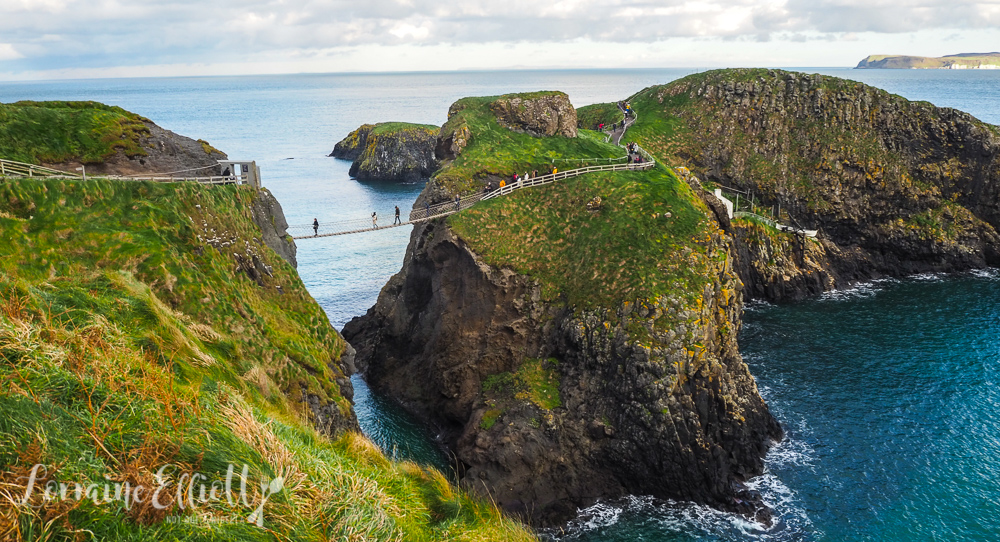 There's also Ballintoy Harbour where Theon cam ashore on Pyke Island and where Gendry escapes in a boat and the Dark Hedges where Arya and Gendry escaped King's Landing. 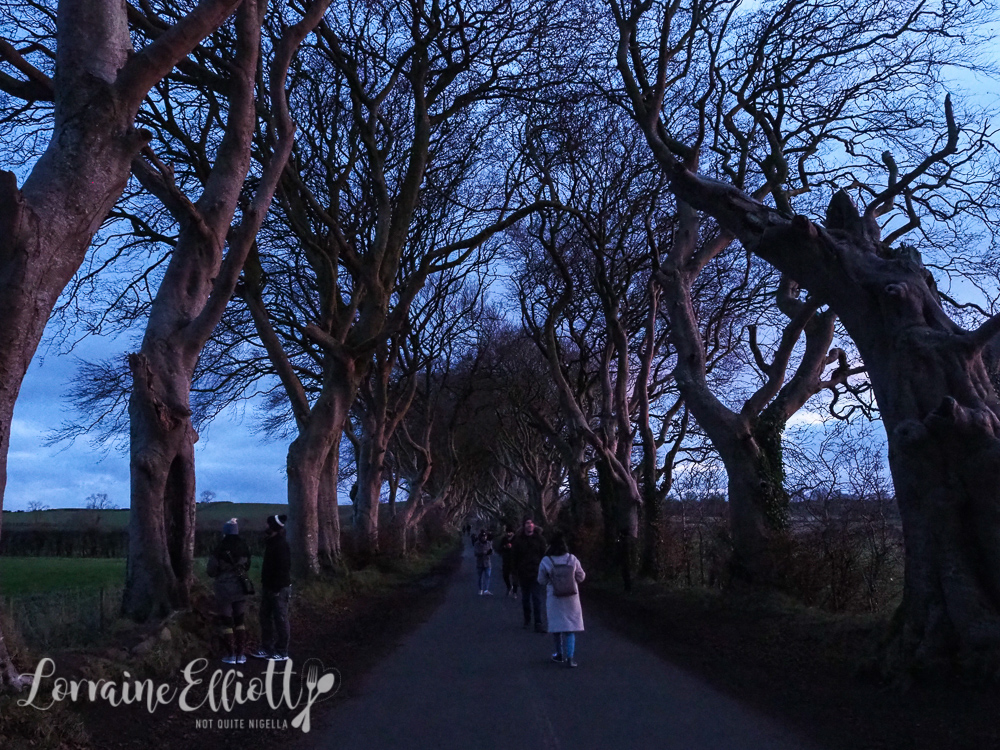 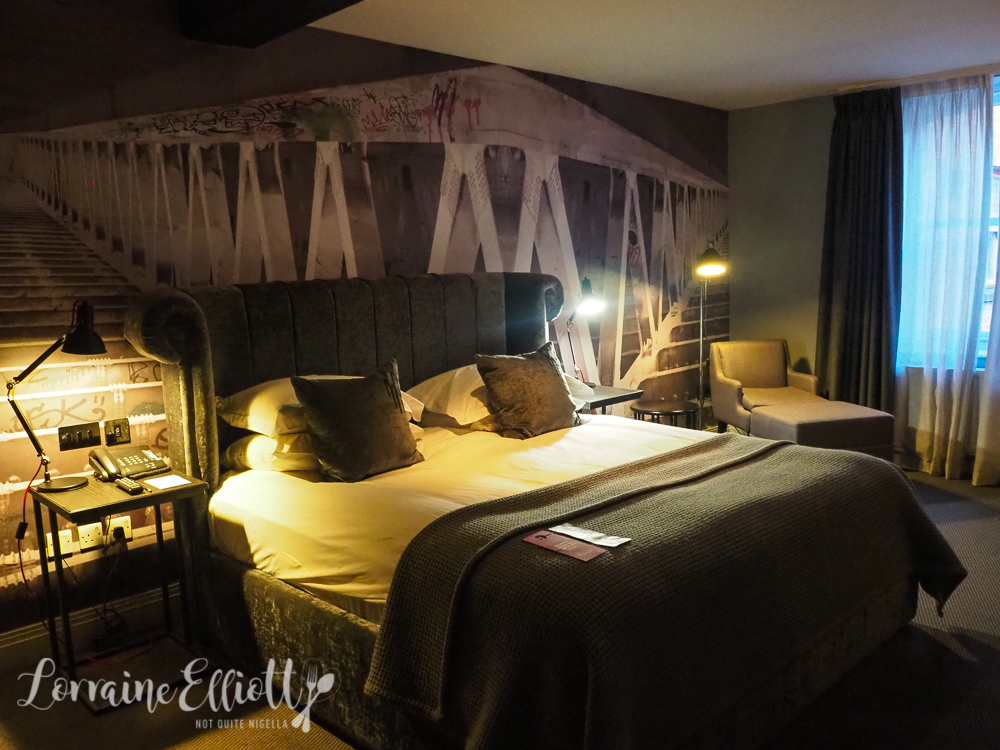 Our home for the stay in Belfast is the Mal Maison hotel. Its central location was the main reason we were staying here. It's all about dark colours and our room is a Mal club room although I think if you want a room with space you may need to go up to a suite. 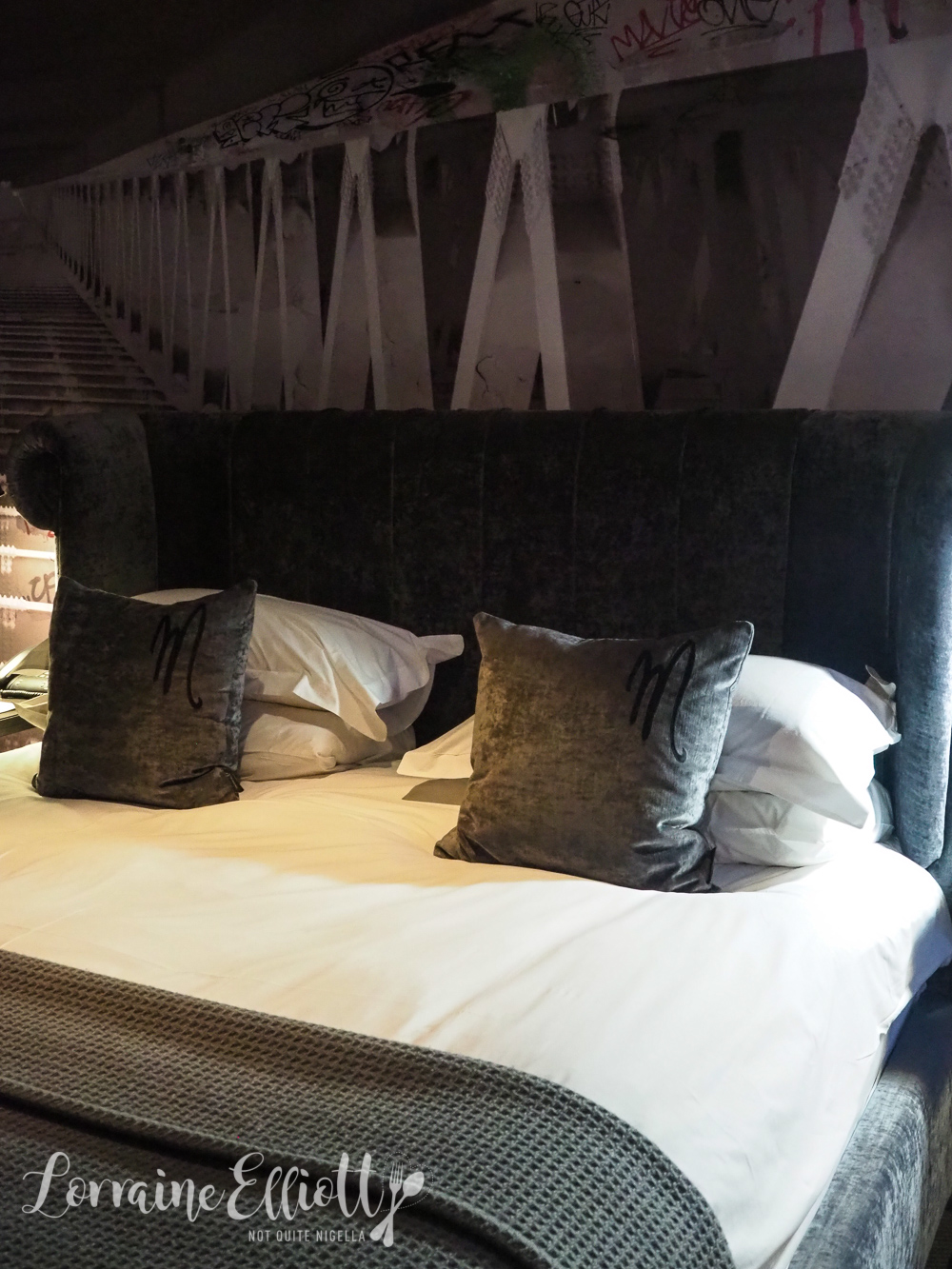 The rooms do have free internet and basic amenities like body wash and shampooing conditioner in a large pump pack and there are heated towel rails. 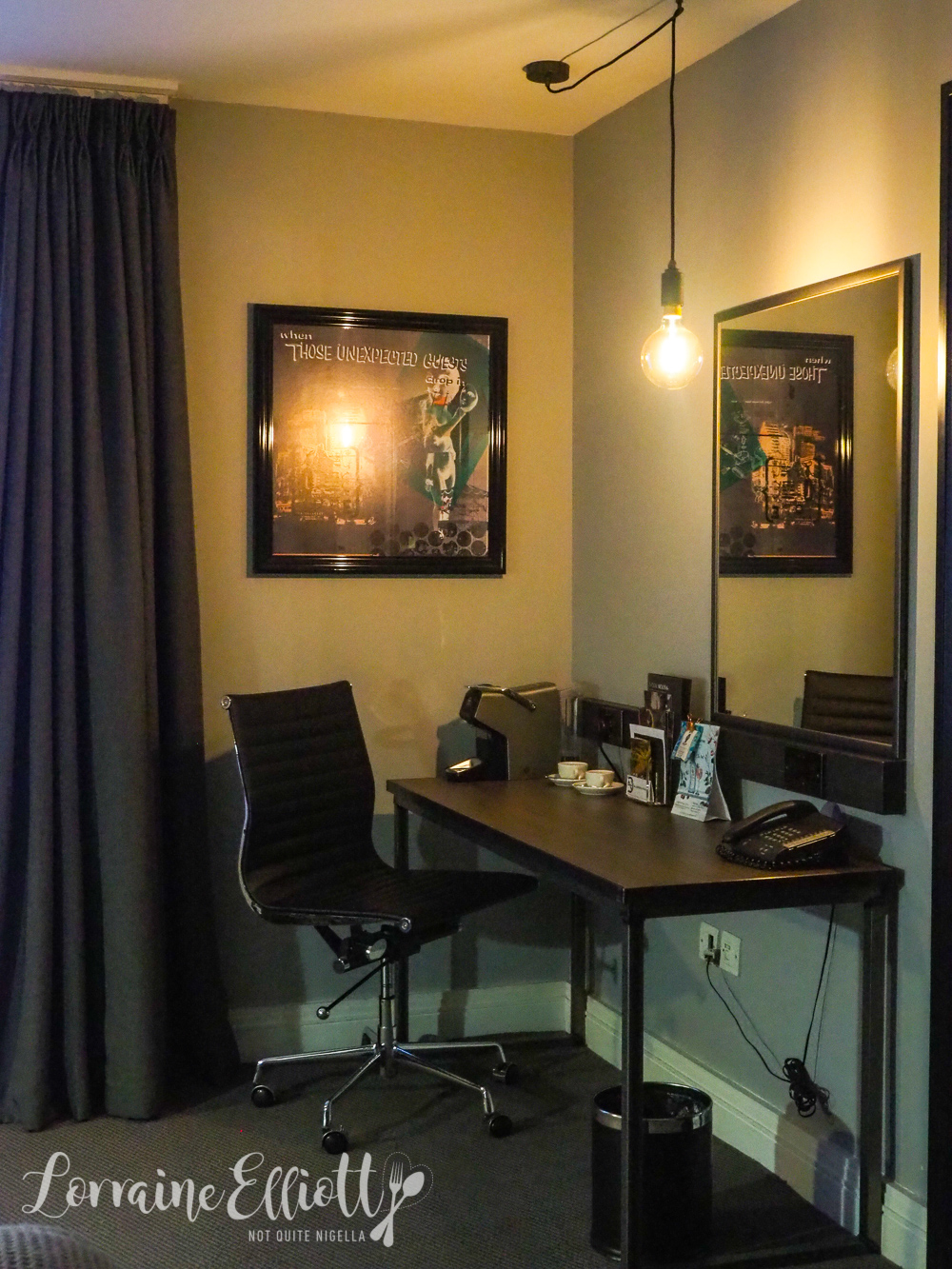 There is also a coffee machine, tea and hot chocolate. It's a perfectly adequate hotel to base yourself for sightseeing around Belfast.

So tell me Dear Reader, have you ever been to Belfast? If not, is it what you thought it would be like? 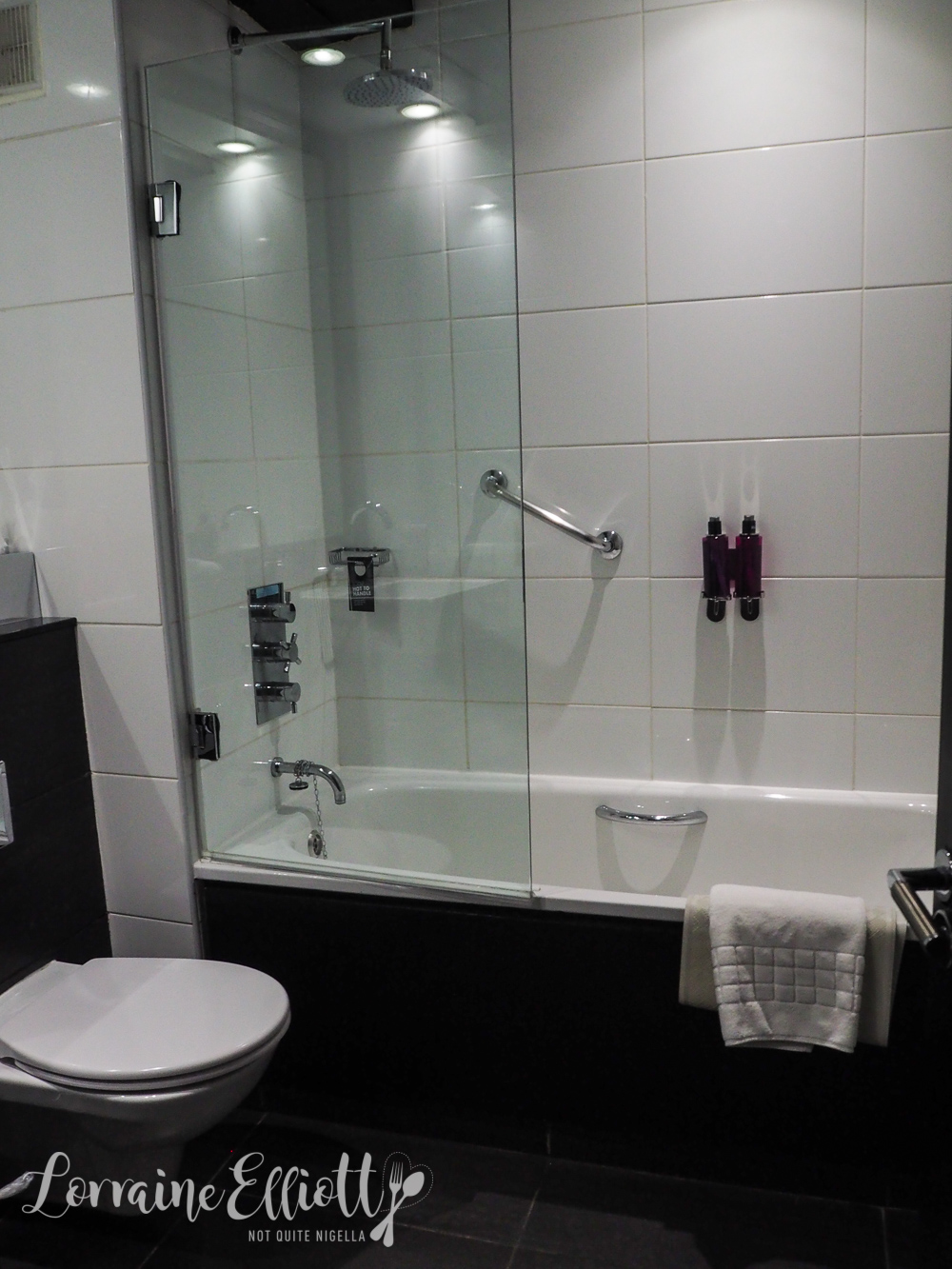