The Slow Route on the Causeway Coast 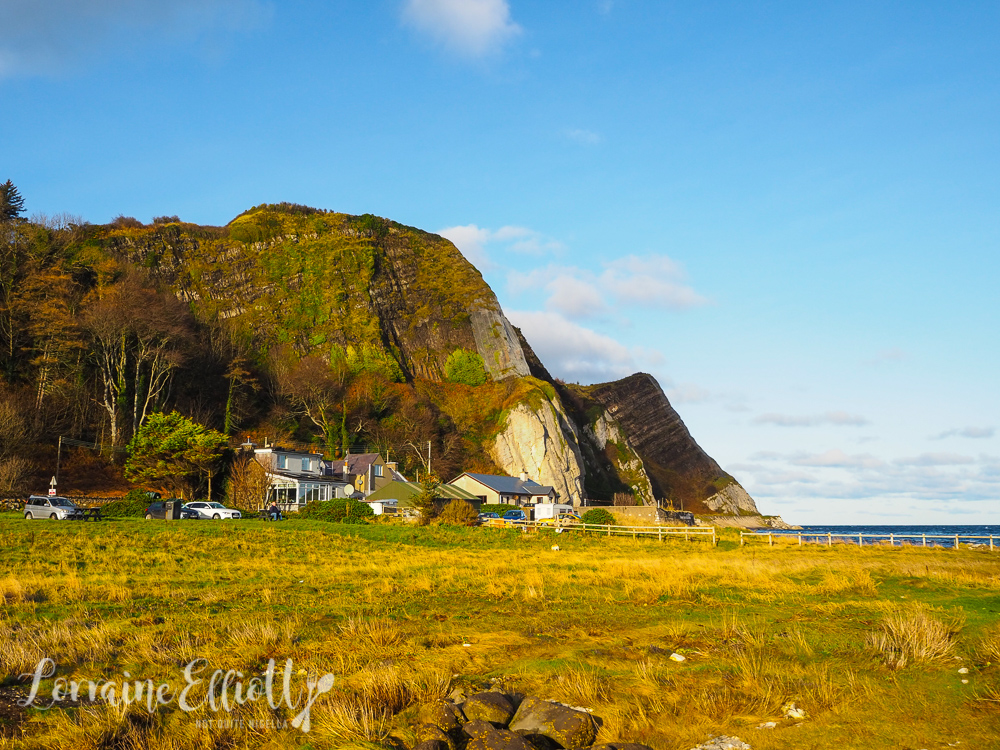 The scenic jewel of Northern Ireland is the Causeway Coastal Route that starts in Belfast and winds around the very Northern coast tip of Ireland along the Atlantic Coast. It's known for its breathtaking scenery, cliff views and gorse covered valleys as well as wonderful food scene. 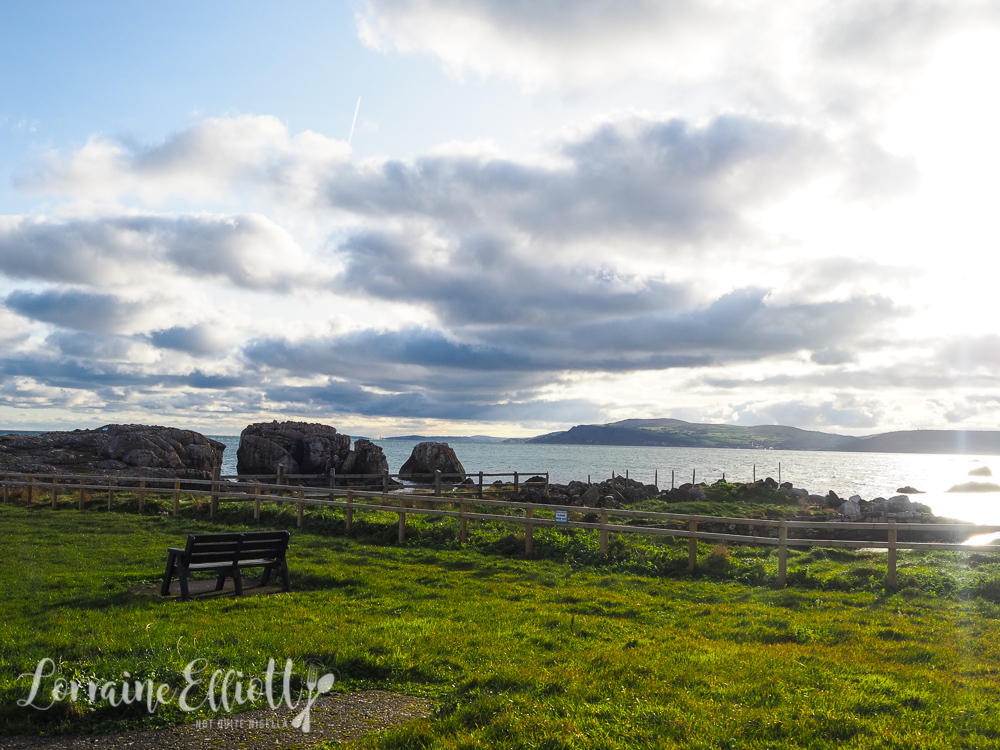 Please note that this story was written before the start of the COVID pandemic. Toast the Coast Food Tours has sadly closed down but you can follow the route on your own driving tour.

Portia Woods's passion for her backyard and neighbourhood and the Causeway Coastal Route is apparent as she peppers her tours with local anecdotes. A few years ago the business consultant switched tacks when she realised that she knew more about the food than her guide did. 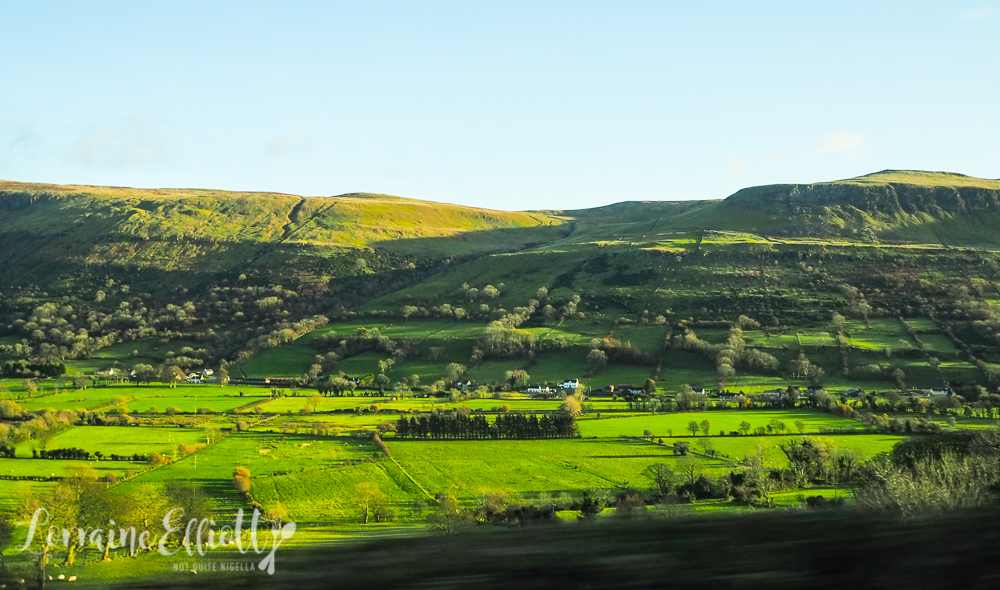 We are on a condensed version of one of her tours seeing the Antrim Coast Road and Glens. She has 30 food related tours on her books and they range from an outdoor experience where a chef roasts a whole beast outdoors for guests to ones where you sample the various types of seaweed on the coastal route. 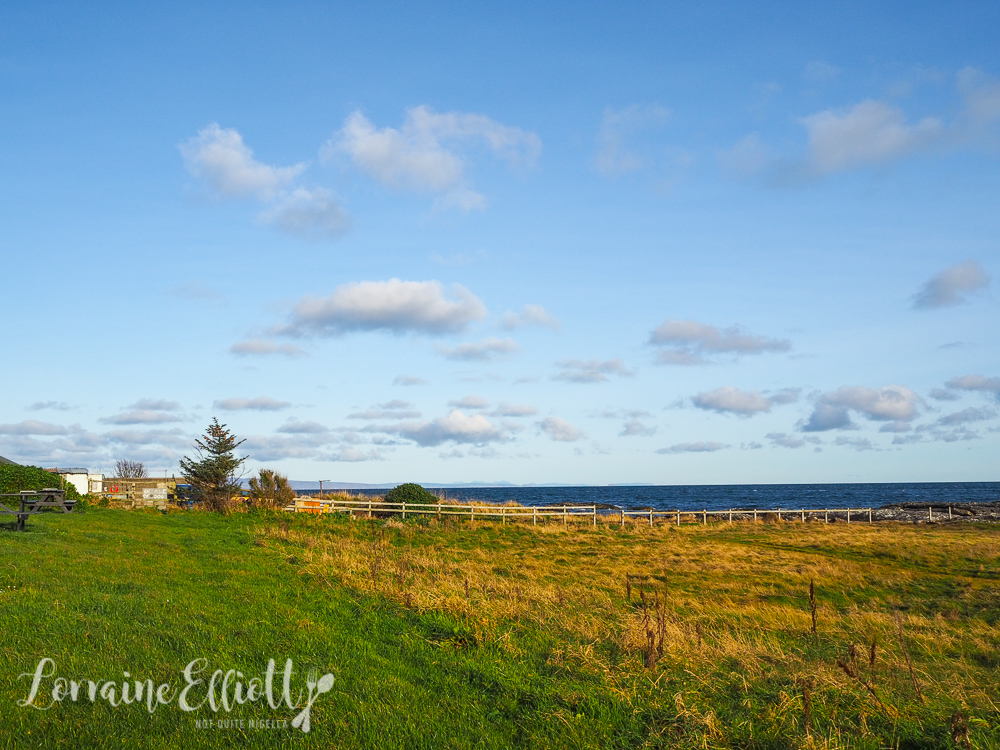 Sunshine bathes the green meadows and paddocks tinting it yellow. This is an uncharacteristic three day stretch of sunshine in Belfast although the 4°C temperature is "shorts weather" according to our driver Colin. Leaving Belfast city we drive past Cave Hill which was said to have served as inspiration for Gulliver's Travels author Jonathan Swift.

There's not much that Portia doesn't know about the area. She lives in Larne and her anecdotes about the area are varied. "There’s a superstation that tells farmers not to remove fairy trees or hawthorn trees because of the wee folk," she says. It is said that bad luck with befall anyone that cuts this type of tree down. 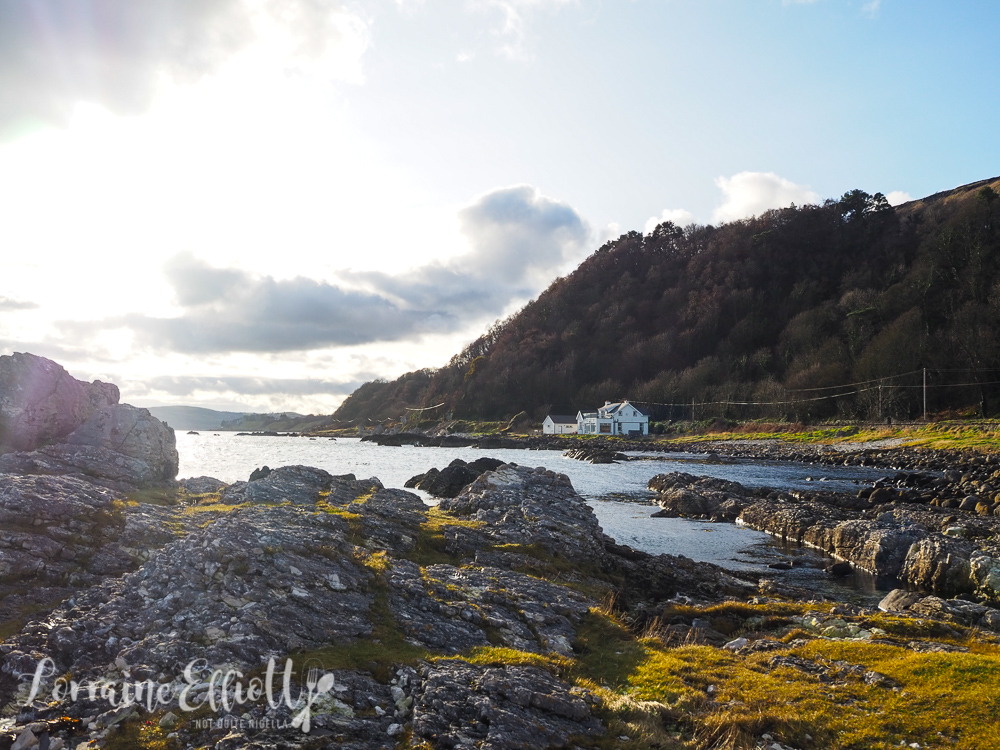 The Antrim coast Road was built in 1848 by Scot William Bald and was considered his most famous route. The views are stunning and rugged. The rain blesses the area with greenery while the Irish Sea and beyond yonder Scotland provide a photogenic background.

We beep the horn (a local tradition) through the Black Arch before stopping at a spot for a photograph. There's a whipping wind and a partridge flies past and two dogs play in the meadow. Sheep graze nearby oblivious to the million dollar views. 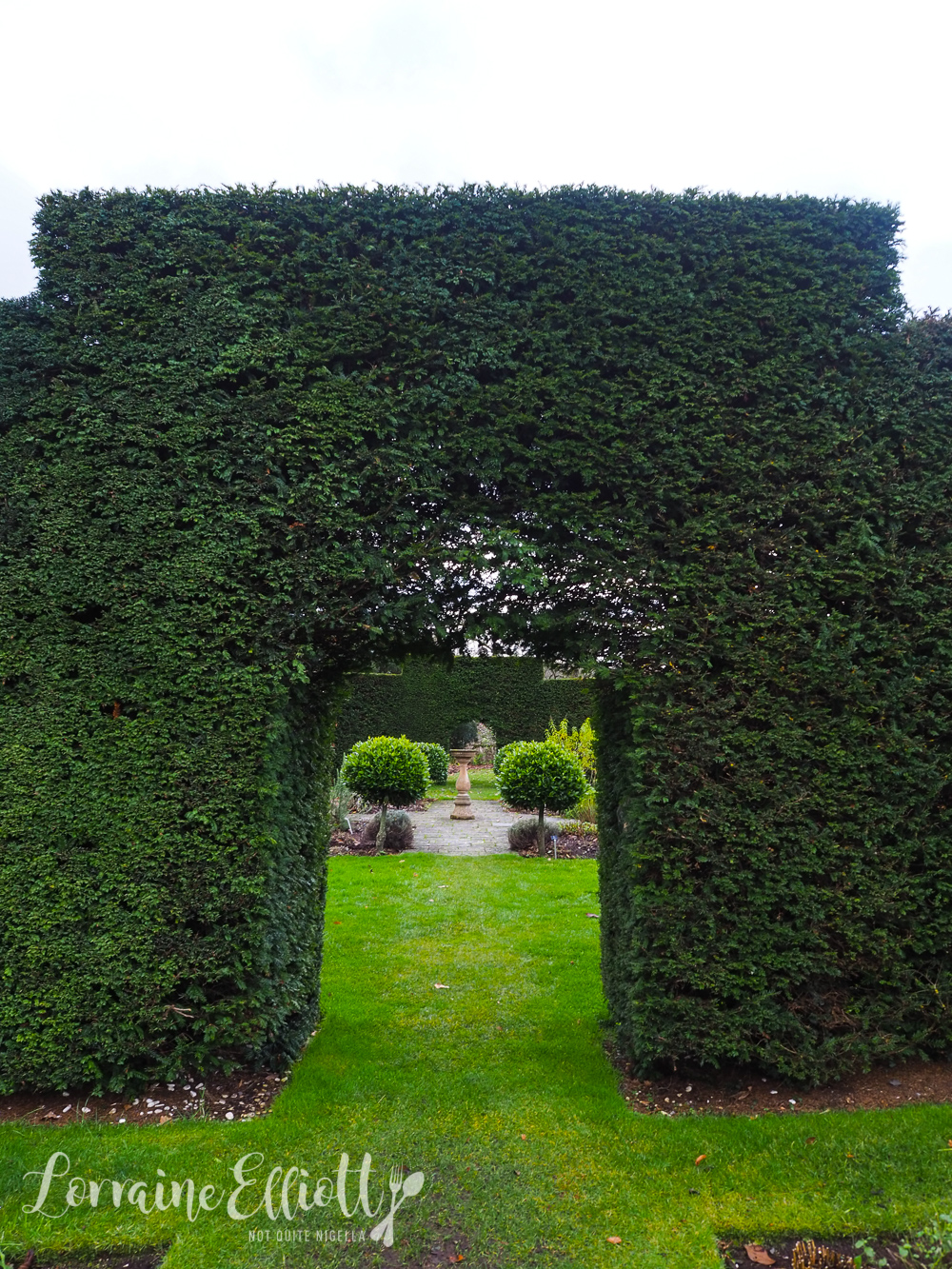 Our first food stop is at Glenarm Castle Estate and Tea Rooms where we walk through the gardens. The owners converted the estate and gardens into a working farm and now have a herd of Dexter and Shorthorn cattle all fed on grass. 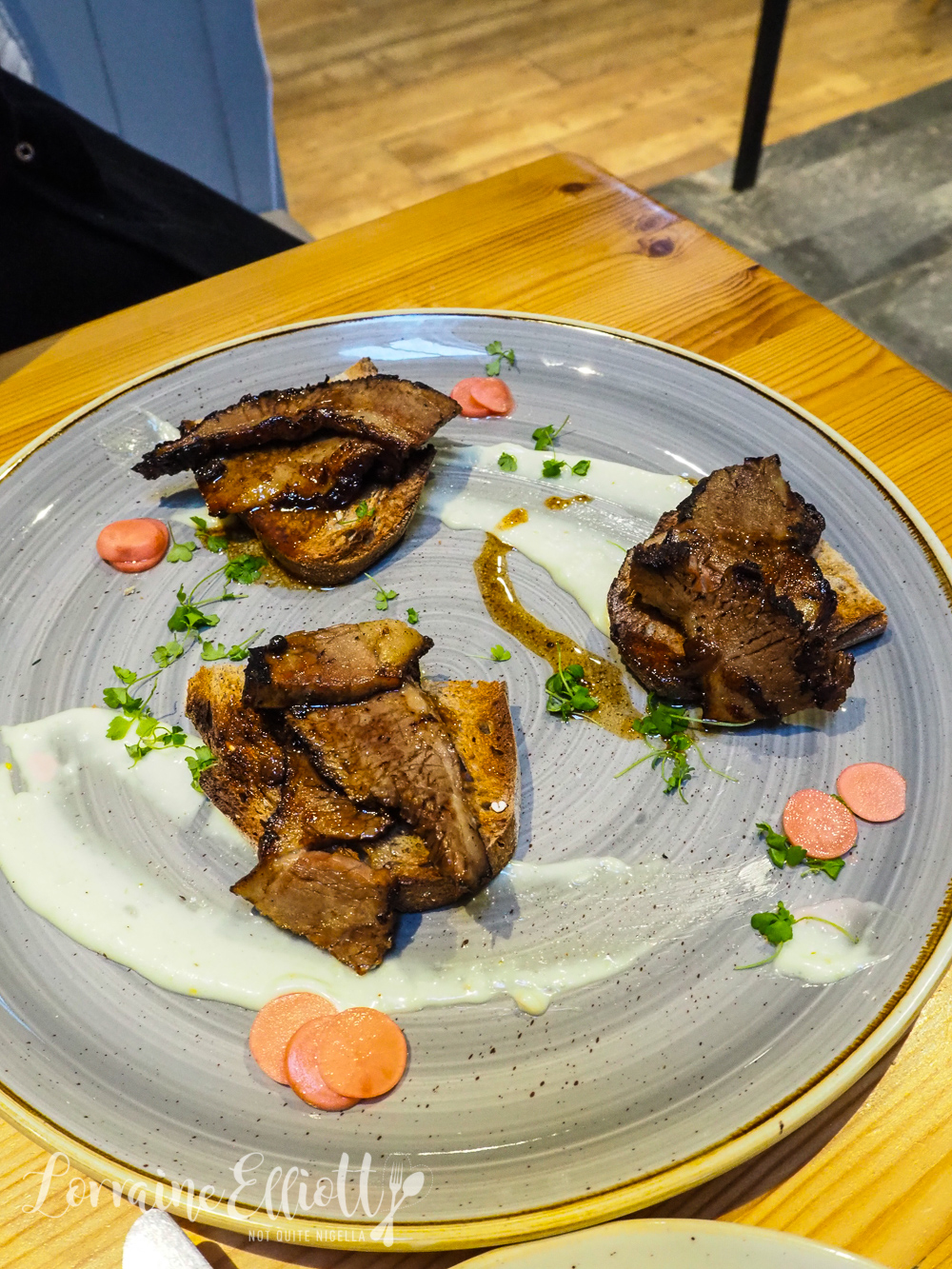 All of the beef is aged for 28 days in a Himalayan salt chamber. We order coffees and slow roasted Glenarm organic shorthorn beef on toast with a horseradish cream sauce. 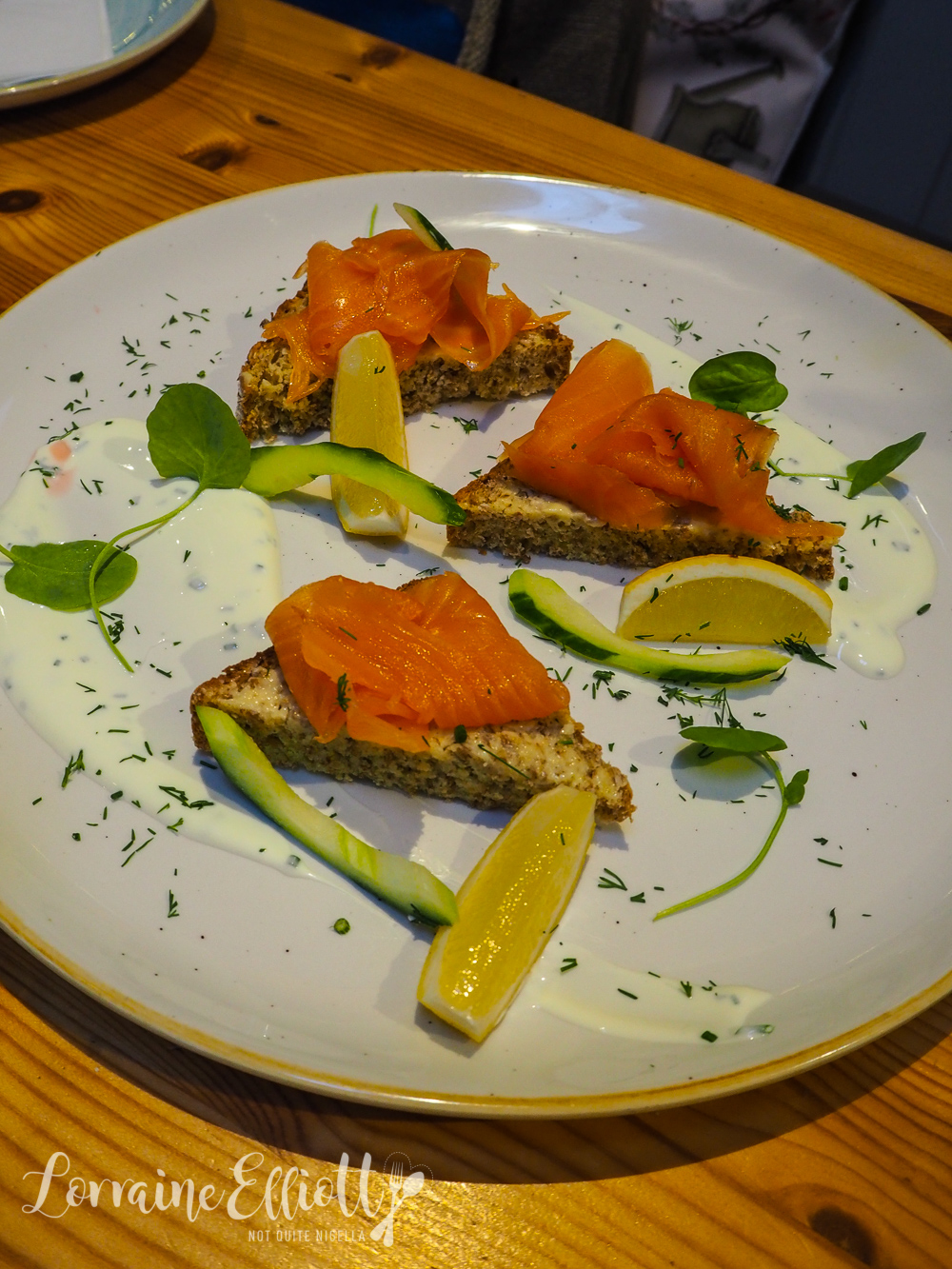 We also try some of Glenarm organic salmon. Originally the salmon were considered to be farmed under less than ideal conditions as they were swimming against a torrent. But it turns out that salmon swimming against a perpetual torrent are leaner and because they're in constant motion and as they don't butt against cages there are less bumps and nicks on them. 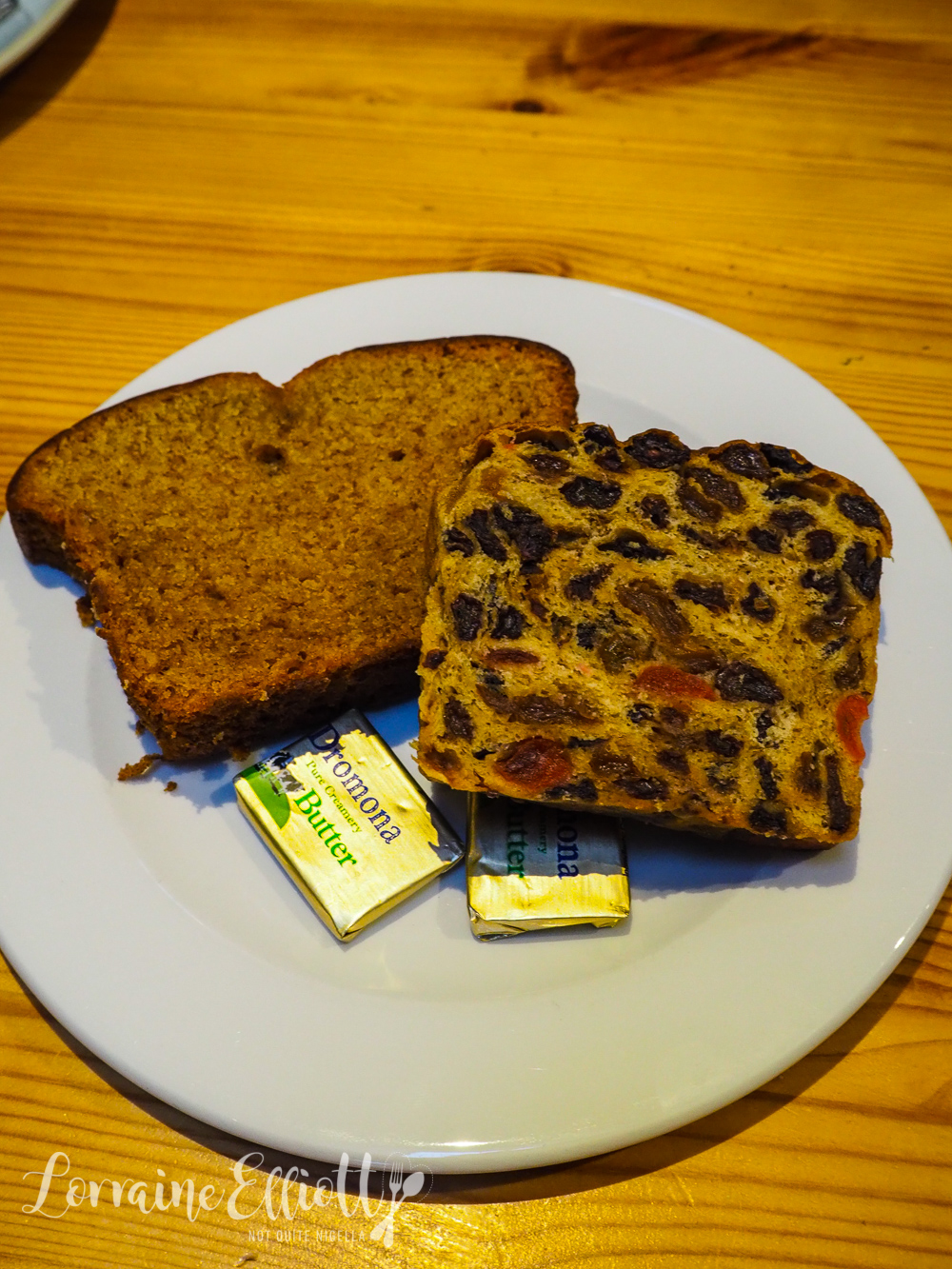 Portia also brings out some award winning fruit bread from Ann's Bakery, usually a stop on her tour. This bakery based in Larne is a bearer of 49 Good Taste awards and the key to the bakery's success is due to flour that they use and the fact that they still use the original recipes since they've opened. 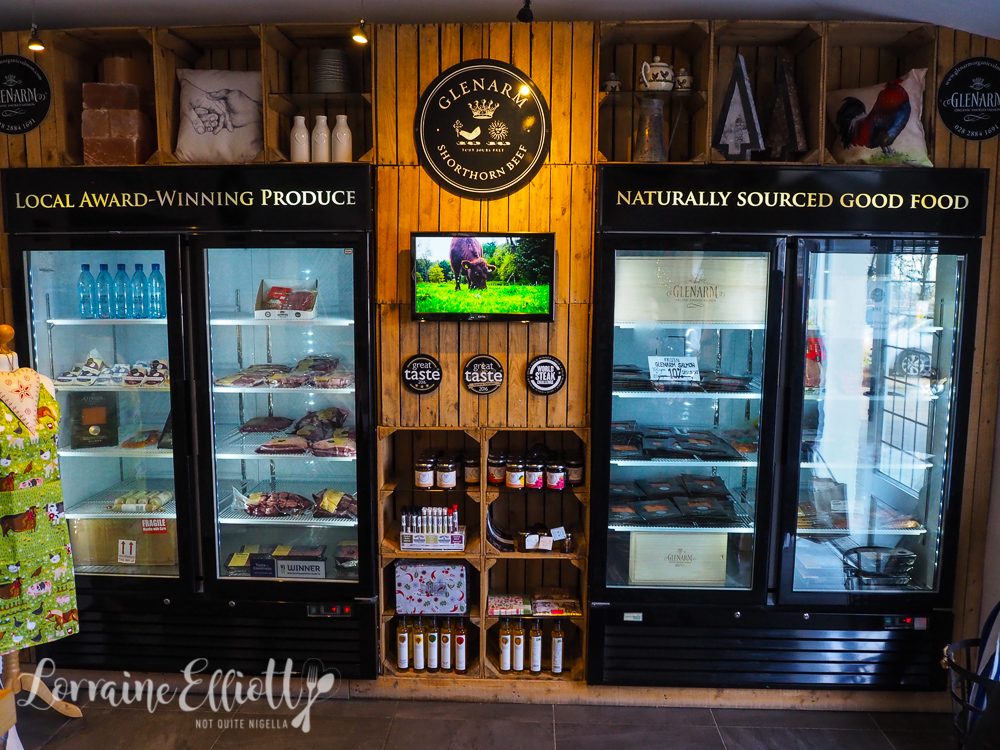 We hit the road again and stop at Glenariff, Garron Point and Carnlough Harbour and Cushendall Village and on the way we pull over. "A lot of people that live here wouldn't even know what went on in that building," she says pointing to a rock cave. 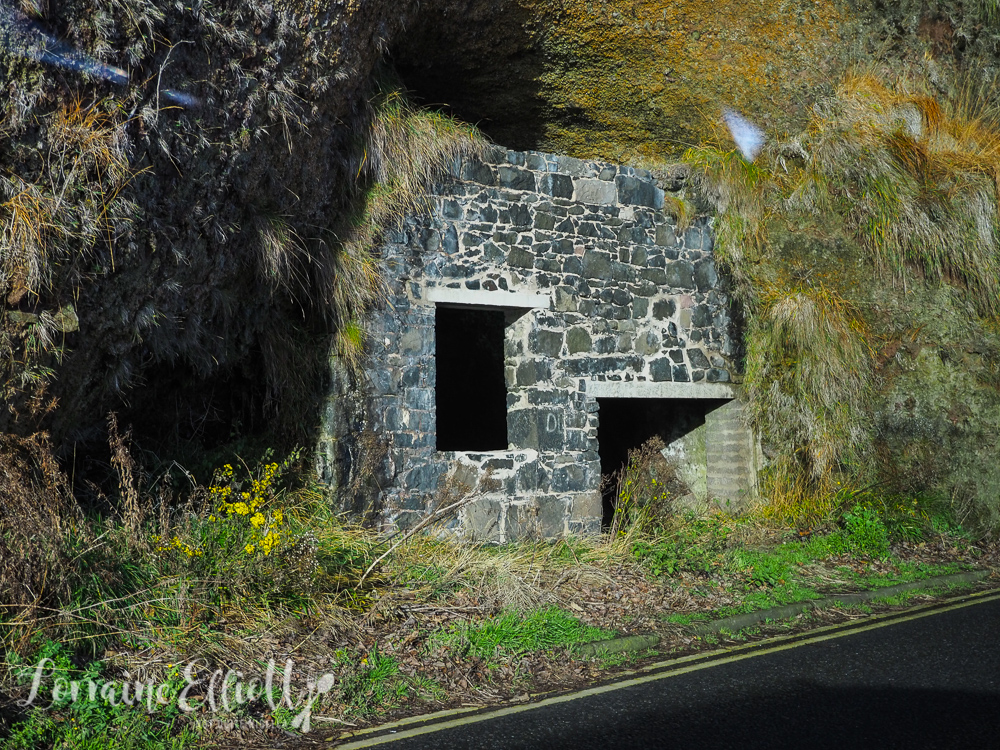 She points at it and says that a woman in Waterfoot once made and sold Potching (aka moonshine) to people from the cave. Portia then produces a little jar of potching and asks if we'd like to try it. I take a sniff - it smells sweet and yeasty like brioche with currants. And how do you tell if the potching is ok to drink? Colin tells us that you put it in a teaspoon and light it and if you get a blue flame it is ok. 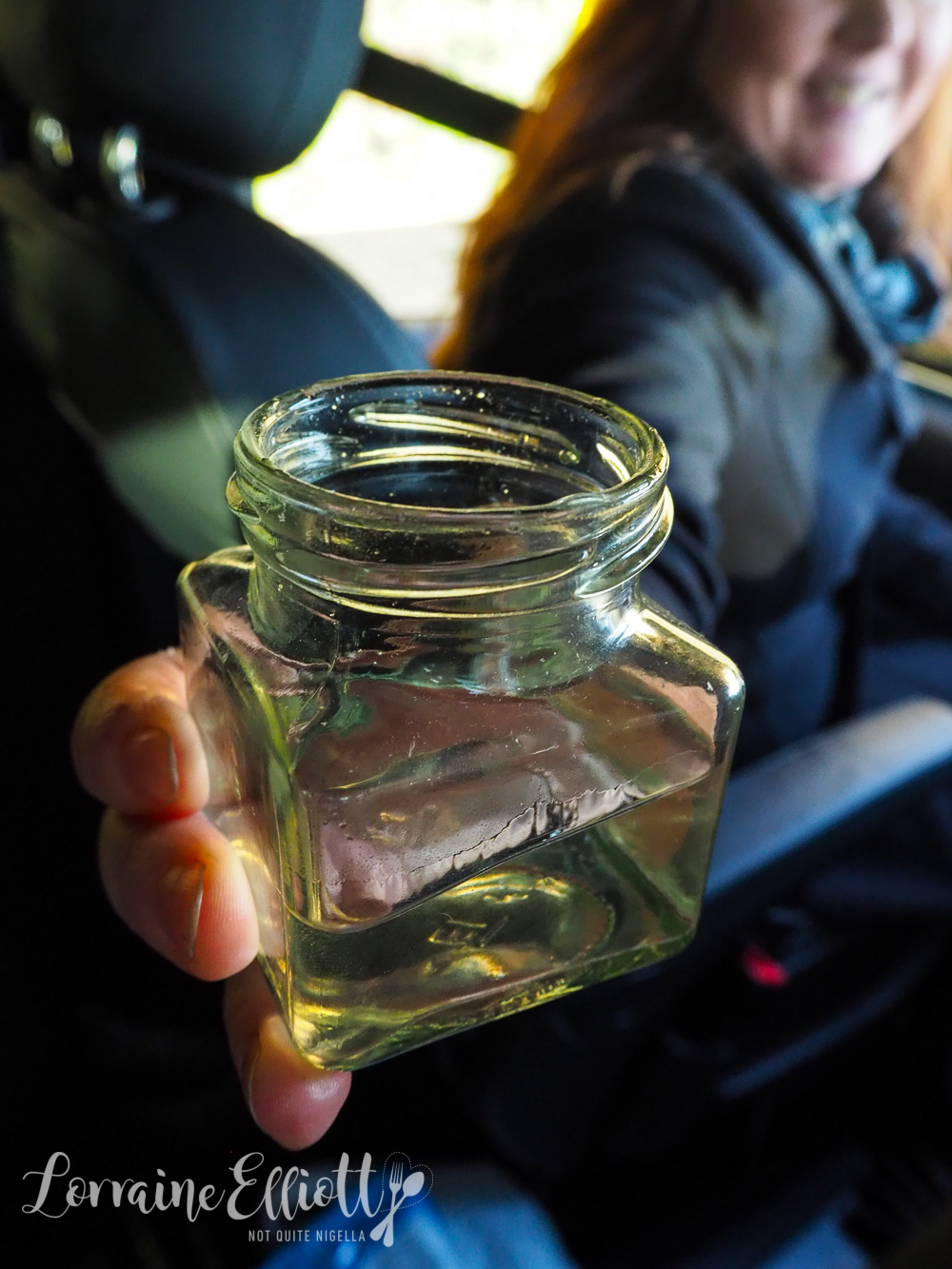 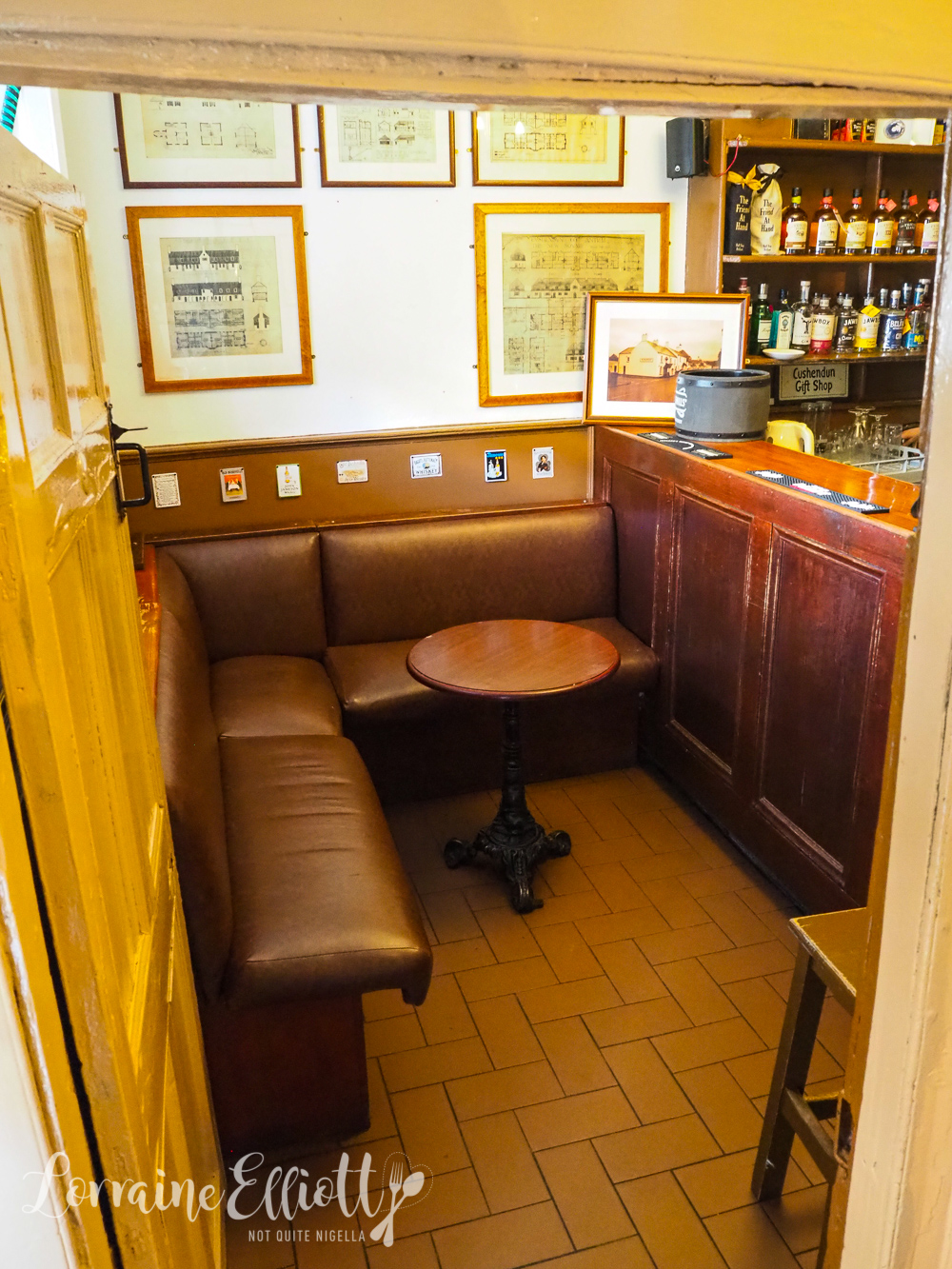 We arrive at the next food stop in Cushenden. Mary Mc Brides and the Little Black Door Bush is a cosy pub. The front room of the pub is especially cosy-the original pub was 5x9 feet and was one of the smallest in Ireland. Now it has expanded and has one of the famous Game of Thrones doors. 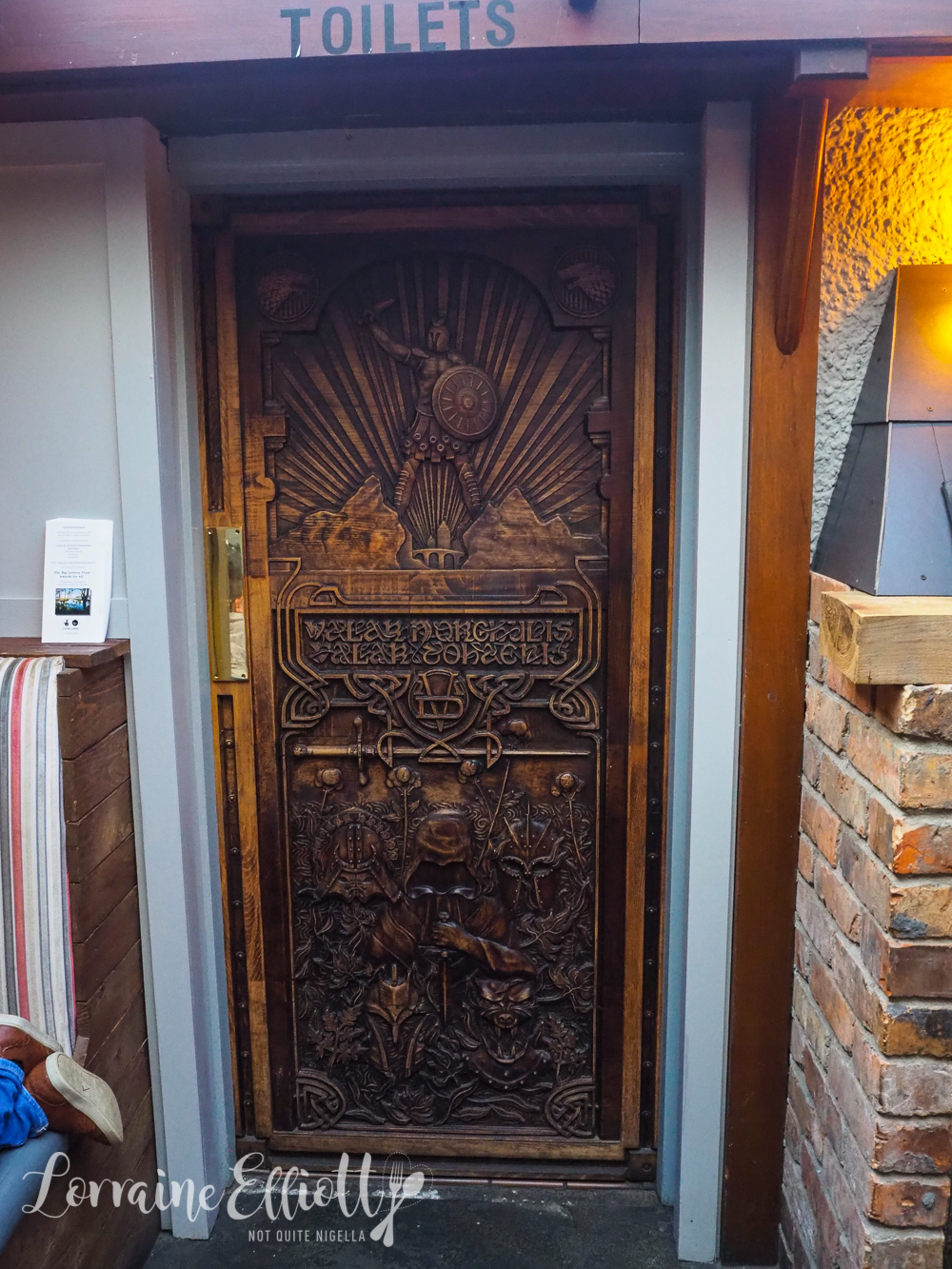 We are trying a range of dishes: an Irish Caesar salad which is really more chicken and bacon on a leaf (haha!), a serve of steak and kidney pie with champ and a seafood chowder with an Irish coffee. 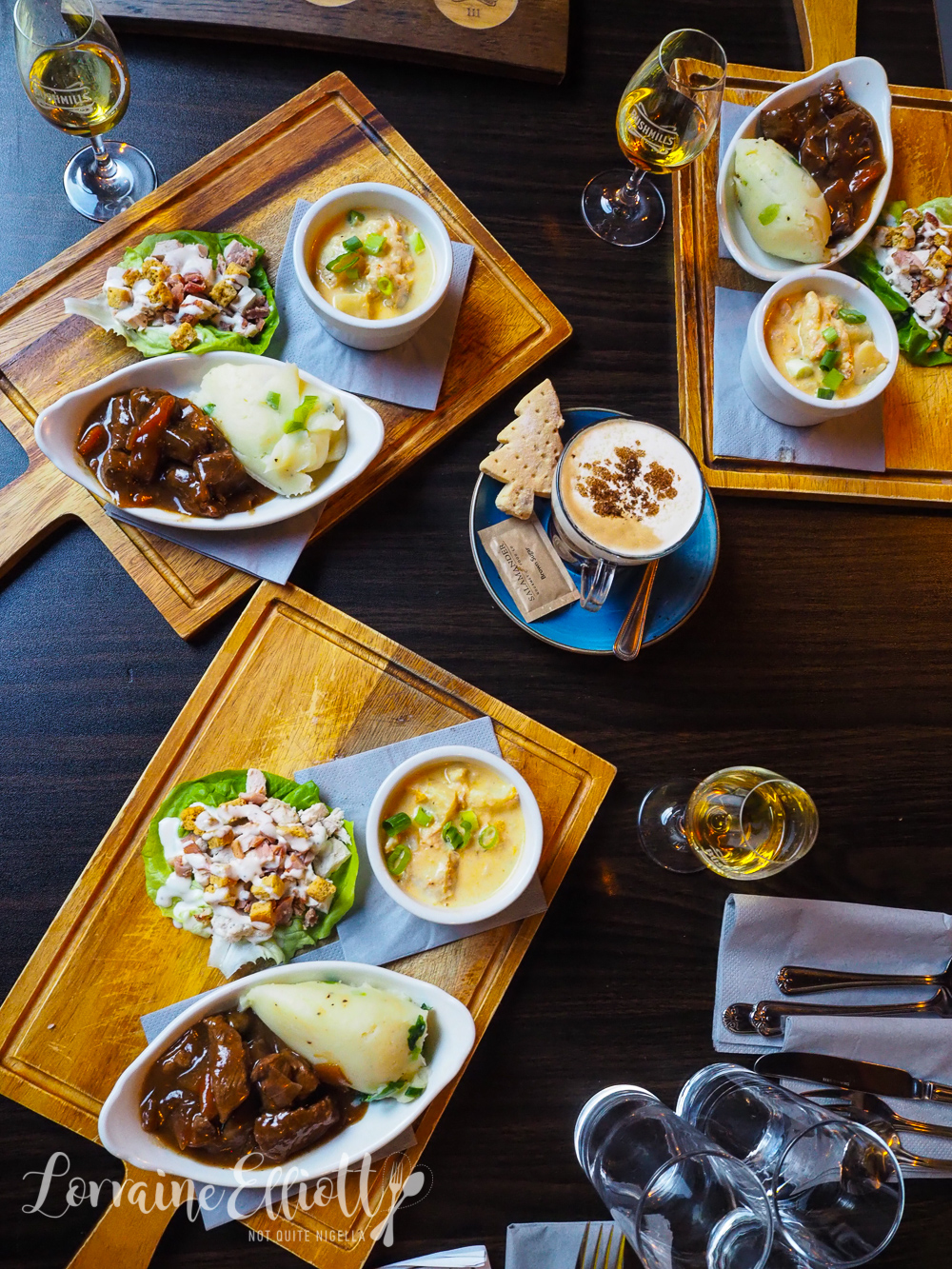 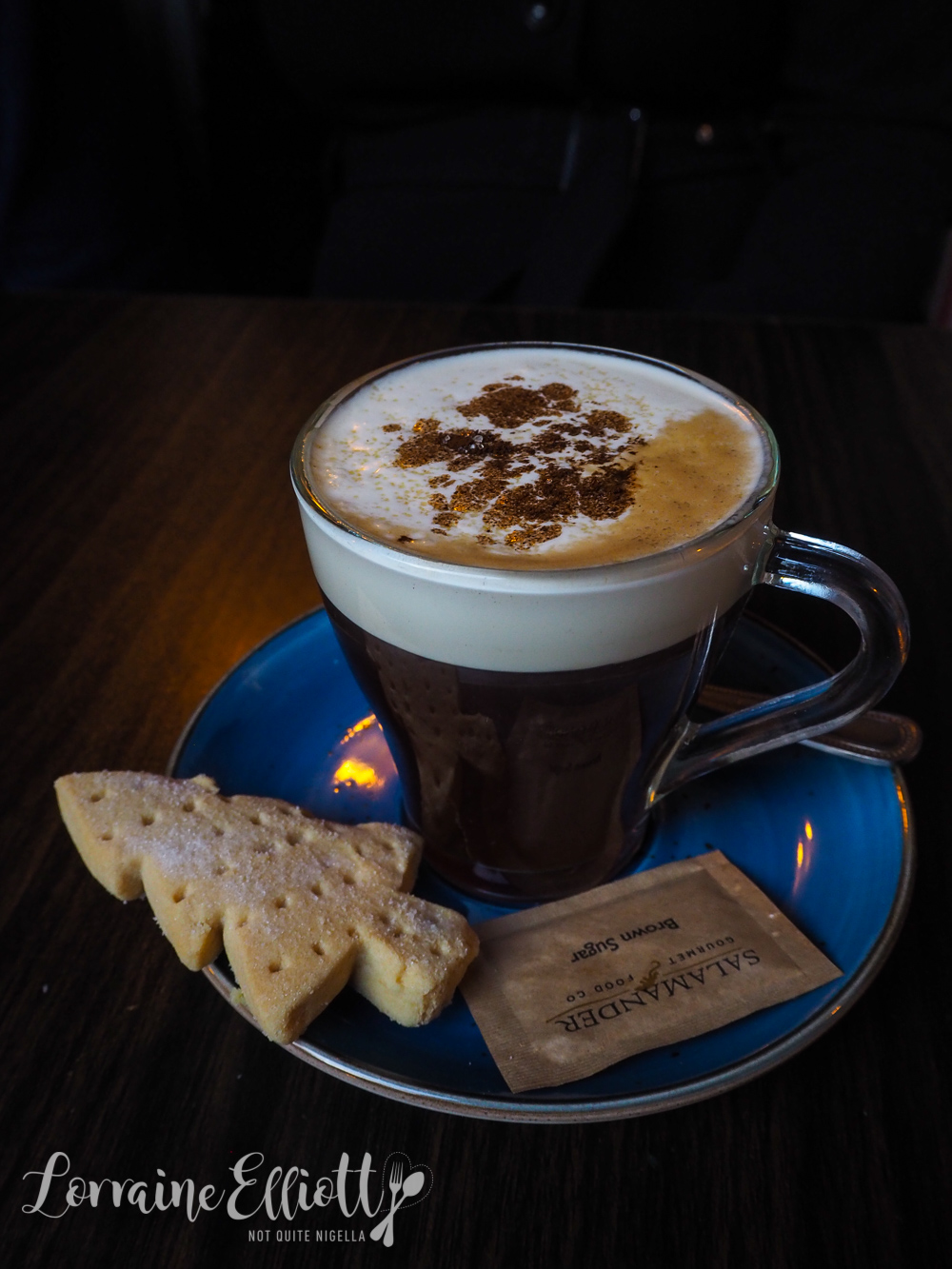 We have just enough time for one final view stop. The Glenariff Waterfall is a brisk 15 minute walk from the carpark but the wooden walkway makes it easy. 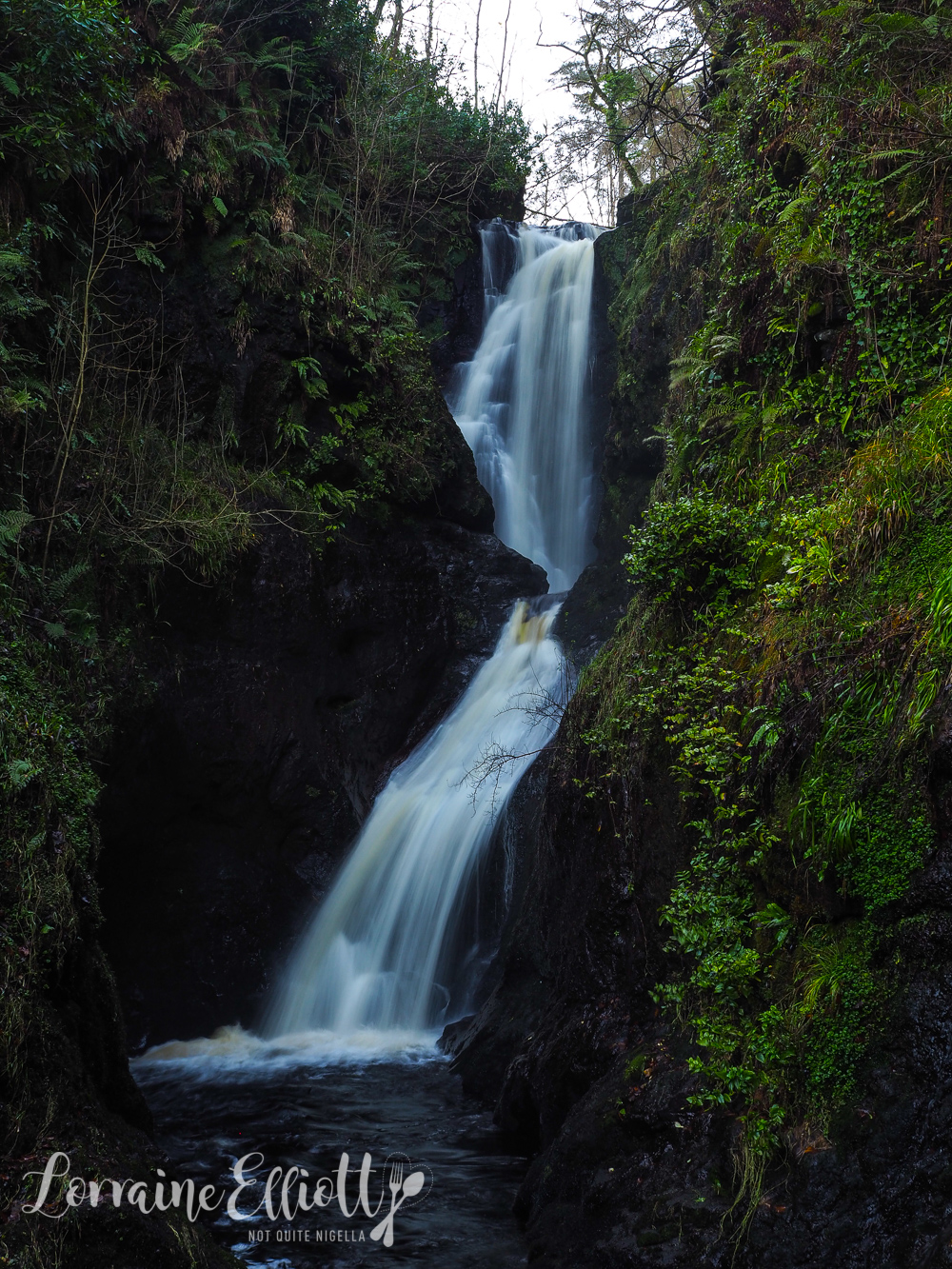 And at the end Portia shows us a good luck charm-lots of tiny little shamrocks clinging on the edge of the moss covered walls. The shamrock's three leaves mean faith, hope and love. Druids believed that carrying a shamrock would allow them to see evil spirits and escape from them.

So tell me Dear Reader, have you ever done the Causeway Coastal Route? Do you have any favourite scenic drives? 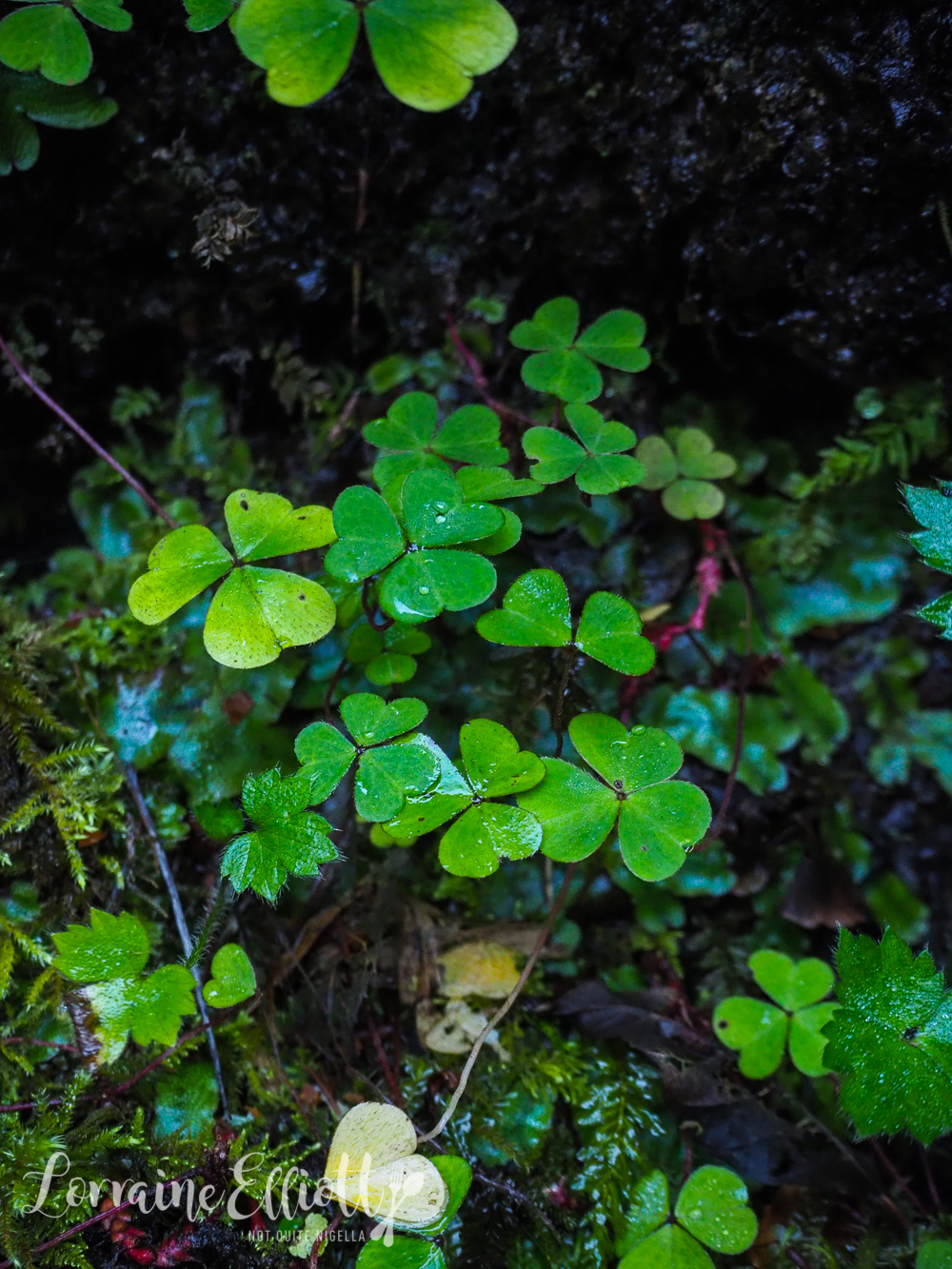