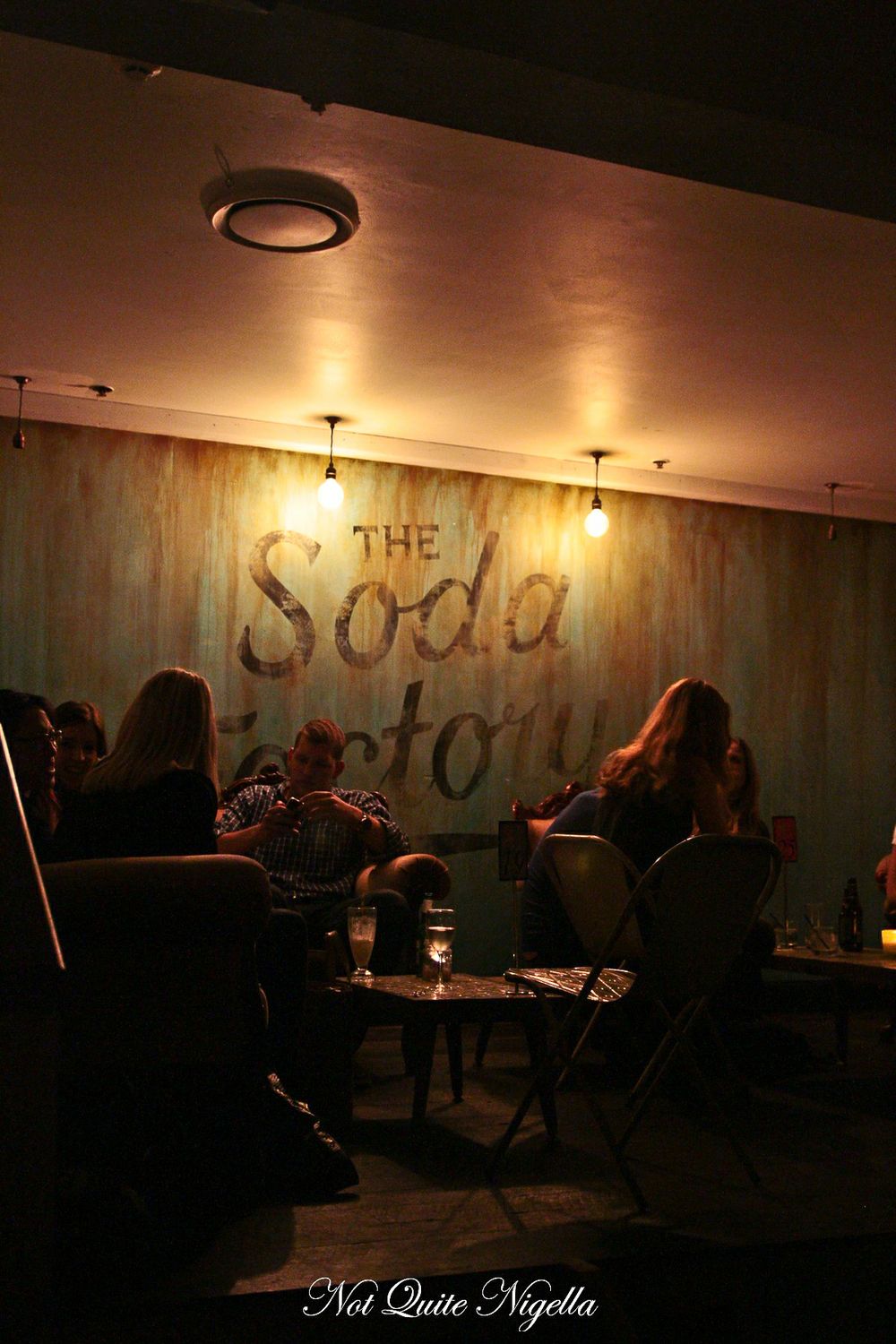 VINCENT: But you know what they put on French fries in Holland instead of ketchup?

VINCENT: I seen em do it. And I dont mean a little bit on the side of the plate, they f*in drown em in it. 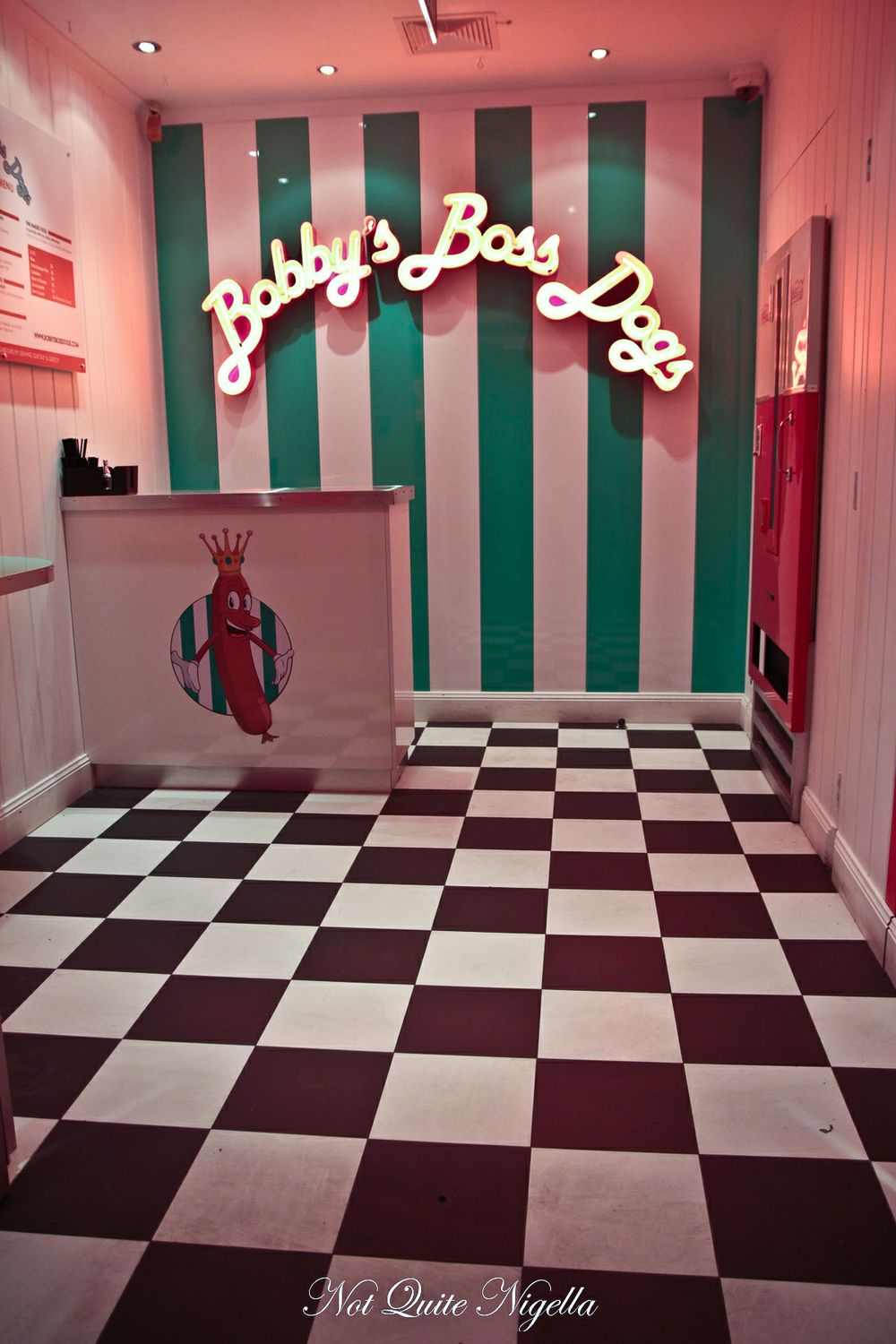 Firstly Dear Reader, Soda Factory is hipsterrific. It's also totally confusing when you reach the opening and there's a sign for Bobby's Boss Dogs hot dogs and a door which looks like a Coke machine. As non-hipsters and pro-nerds, Mr NQN and I stand there politely waiting for someone to come by and then a cardigan and black rimmed glasses wearing bearded young gentleman (okay that sentence made me sound about 80 years old) nonchalantly swings open the door. We follow him and we're in. Our eyes adjust to the brightness and friends Viggo and Louise greet us. 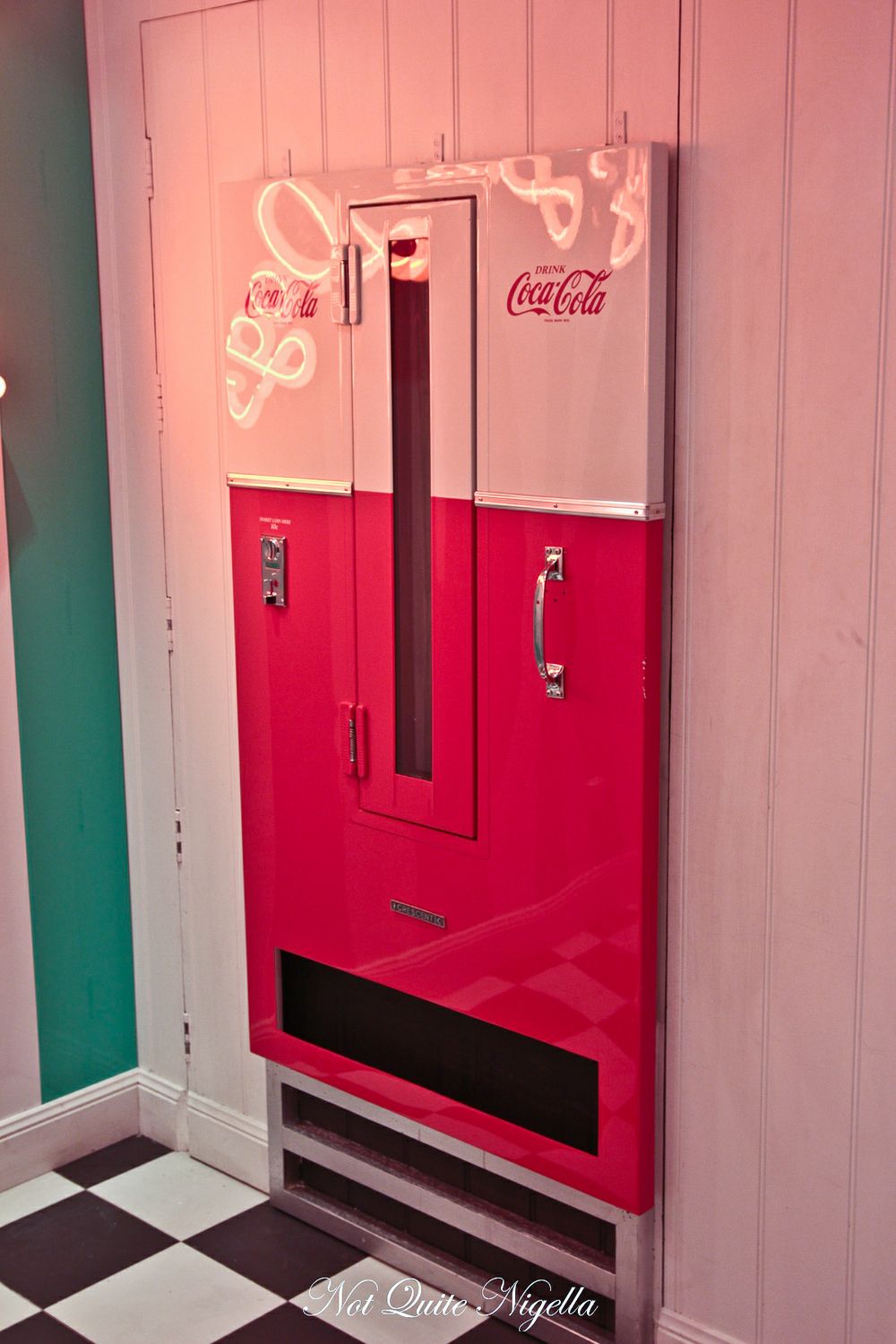 At least I think it's them because it really is dark and I can't see for the first minute or so. I take a seat on a metal chair, slide down it a bit in my long dress and they excitedly show me the menu for tonight. When I told my friend Gina about the Pulp Fiction night she quipped that it was more the Uma and John dance scene rather than the infamous basement scene ;) 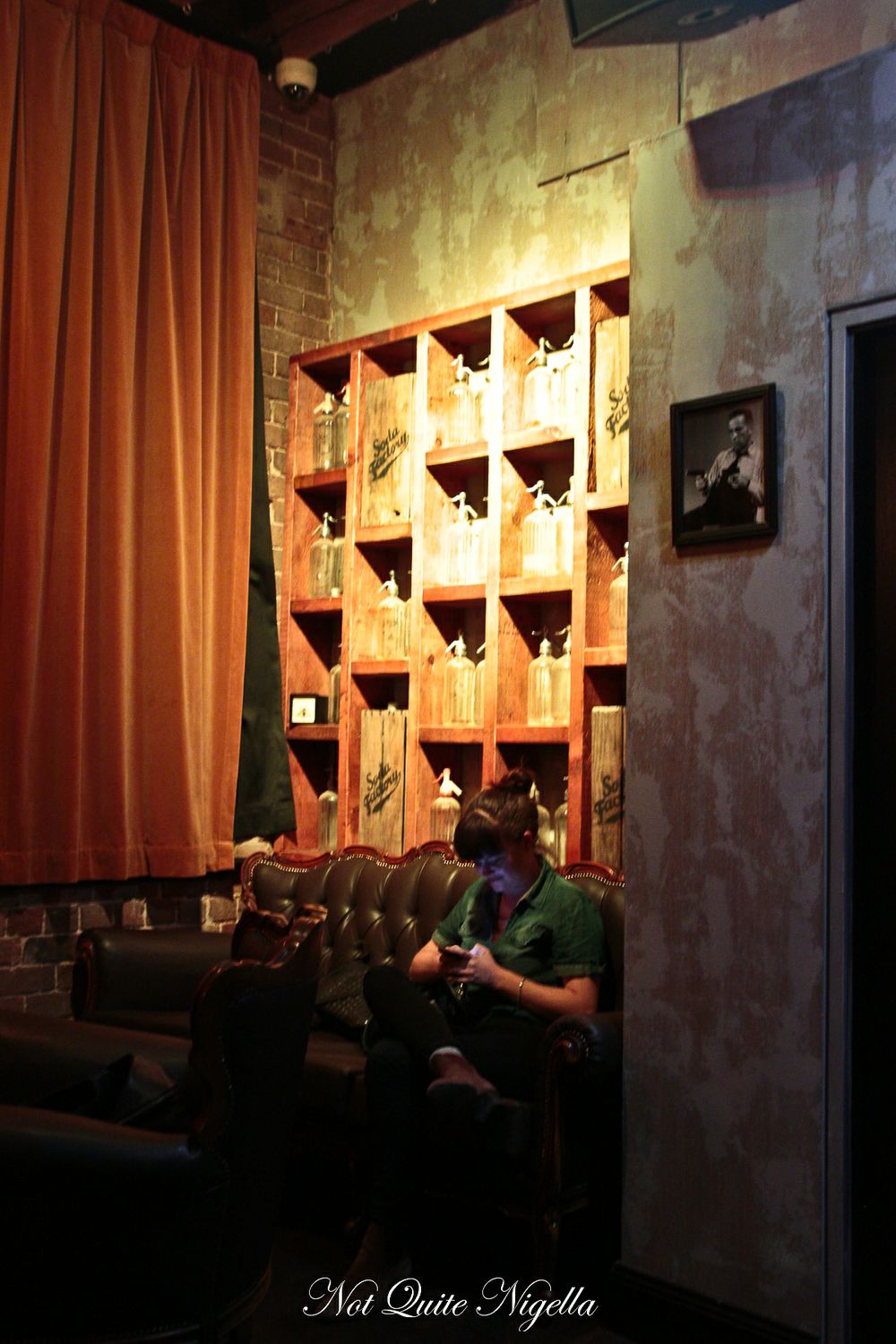 I recognise the songs straight away. Two things that I immediately adopted from the film were the soundtrack and the dark nail polish. Wednesday nights are Pulp Fiction nights and features a Tarantino playlist and $5 items including $5 bourbon and caramel milkshakes and $5 burgers, fried chicken and fries (with mayo of course) which is fantastic value (although Viggo's Tiger beer was $9 we guess to make up for it). 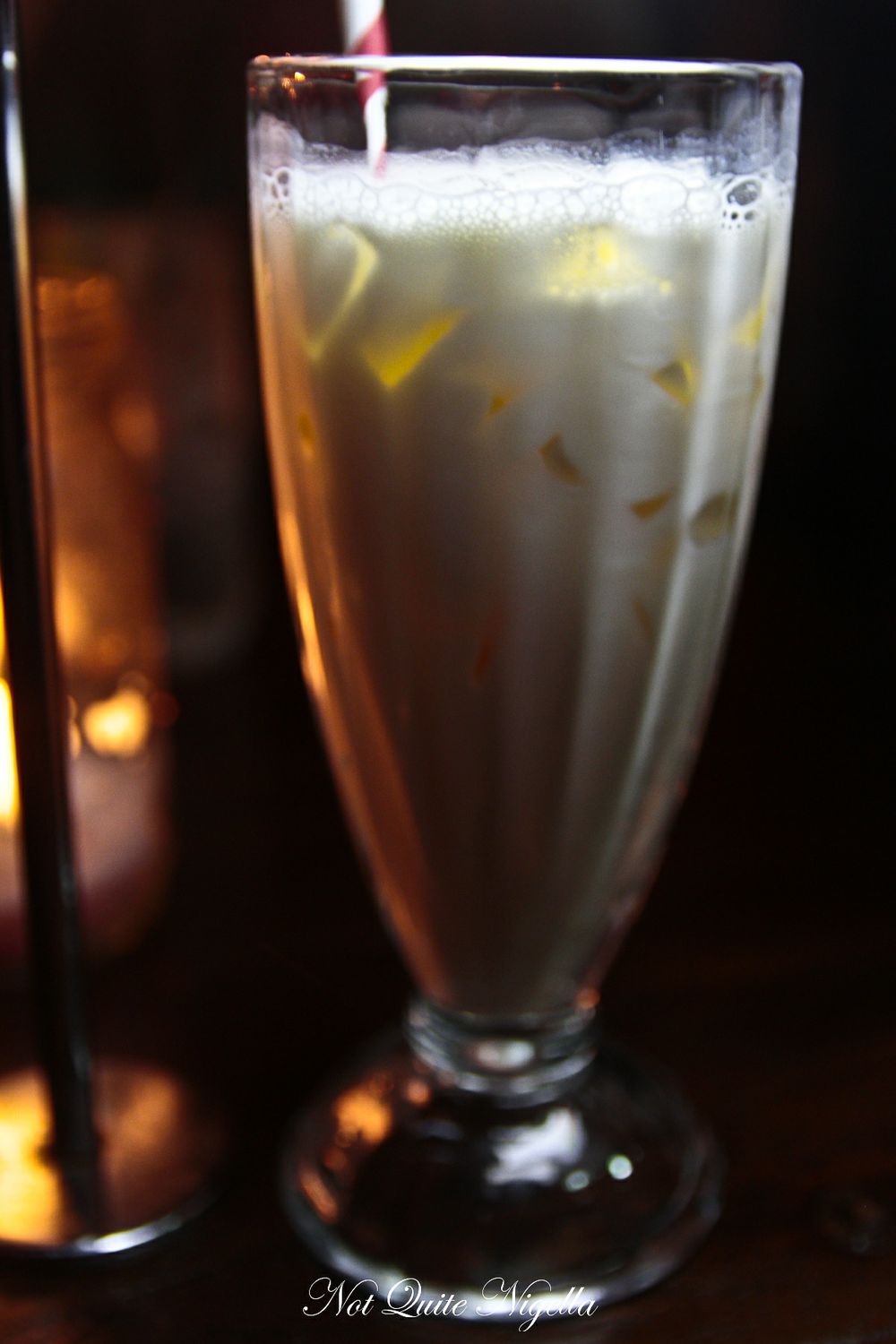 We order at the bar and take a pin up girl number. The milkshake arrives first and there's the candy swirl wax straw and plenty of ice in this caramel and bourbon milkshake. Louise's one is weaker, barely tasting the bourbon but ours is stronger with bourbon and gives a nice hit. The ice in it does dilute it and could really be done away with although I guess this means that they needn't pour as much. 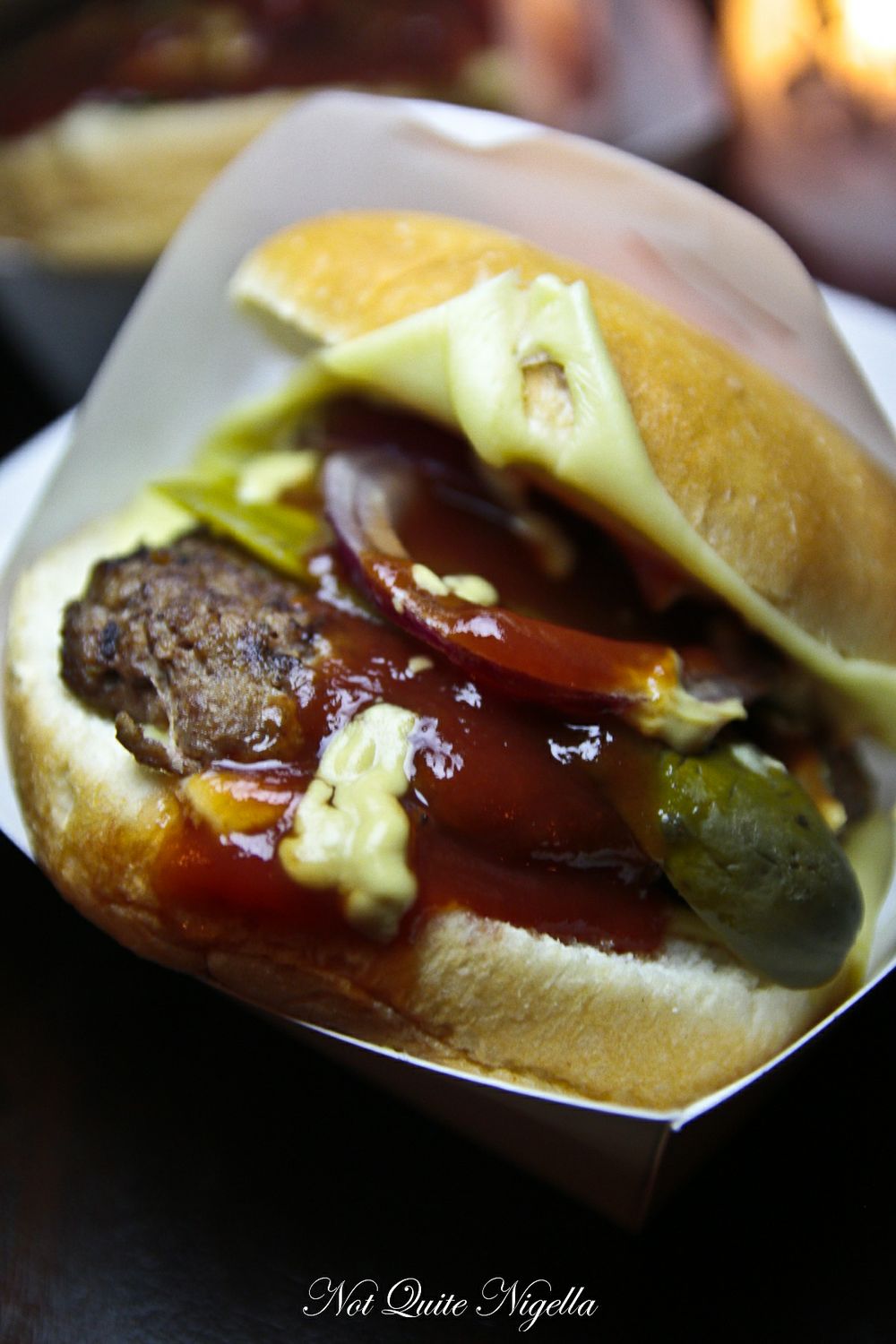 The Royale with cheese $5

The Royale with cheese actually looks just like the one in the movie (we googled it, not from memory) and is a herbed seasoned patty flavoured with a range of dried herbs with slice of cheese, plenty of pickles and lettuce. 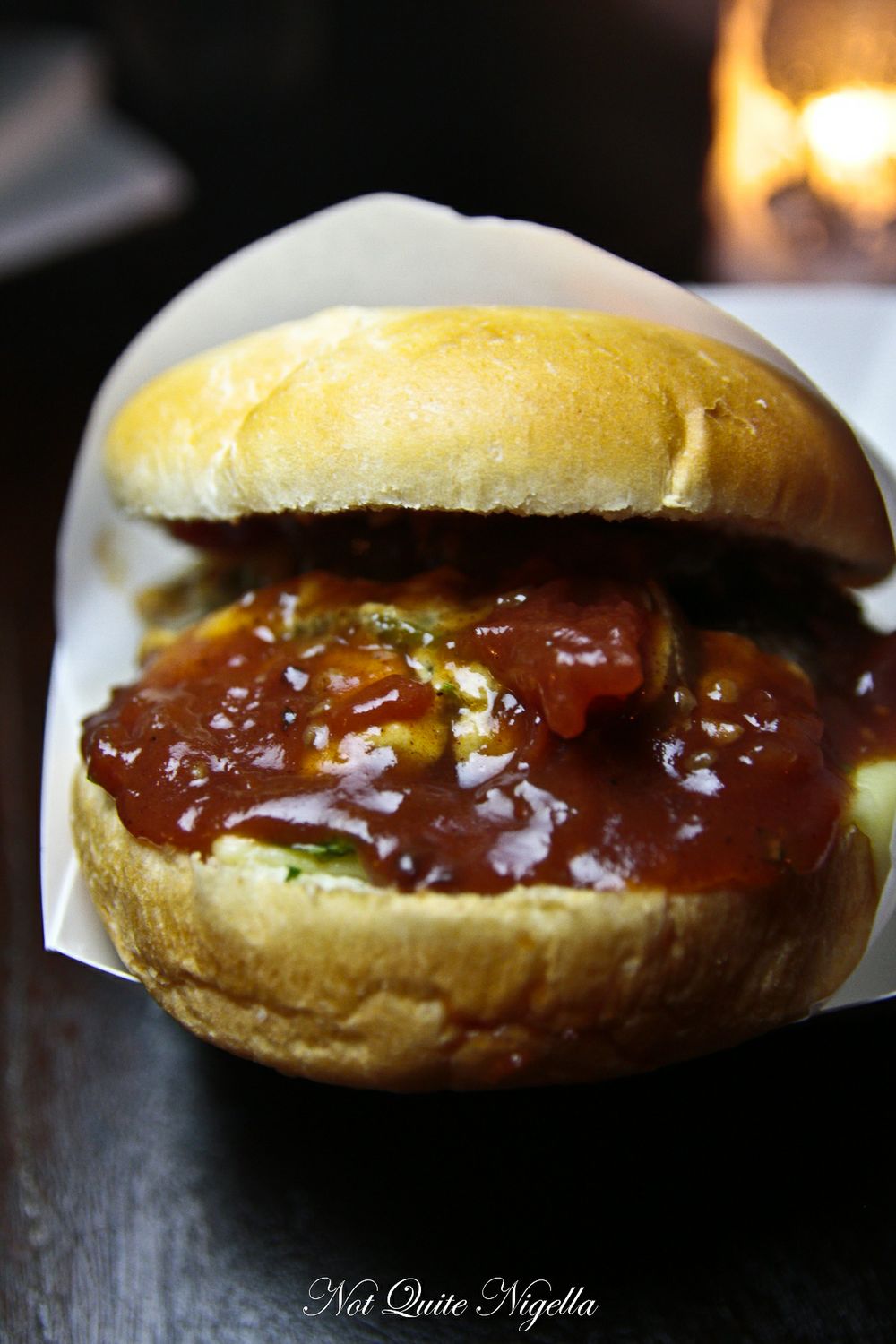 In the Big Kahuna burger, there were less herbs and plenty of sauce and pickles and this seemed more like a regular burger and I don't know if this is a selling point or not but it does taste like a bigger version of a hamburger from McDonalds. 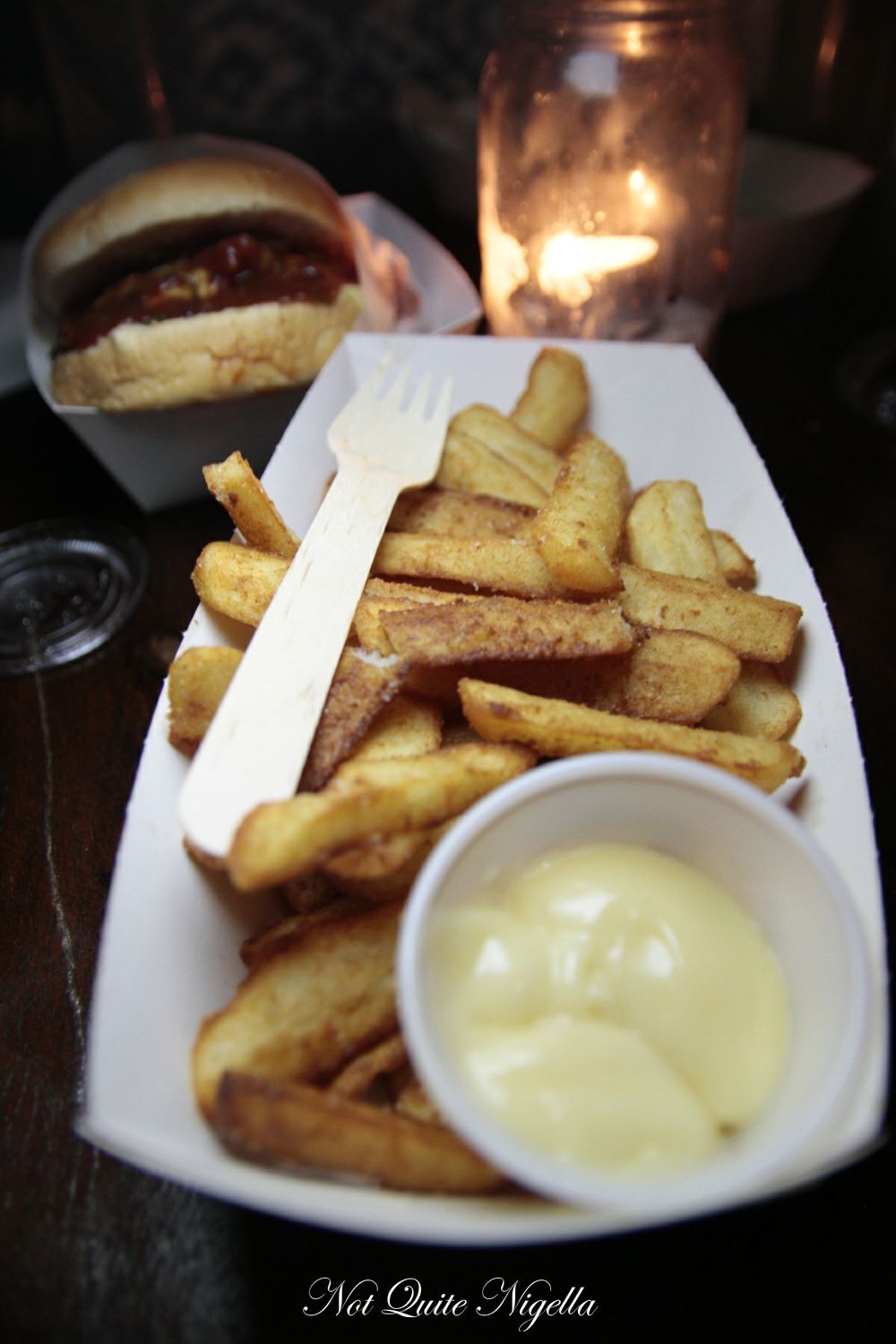 The fries with mayo were probably the biggest crowd pleaser. The seasoned fries were so light and crispy on the outside but soft inside and almost tasted puffed with air they were so light. The mayo that it comes with could be better-it reminds me of the type you get in squeezy packets at fish and chips shops. 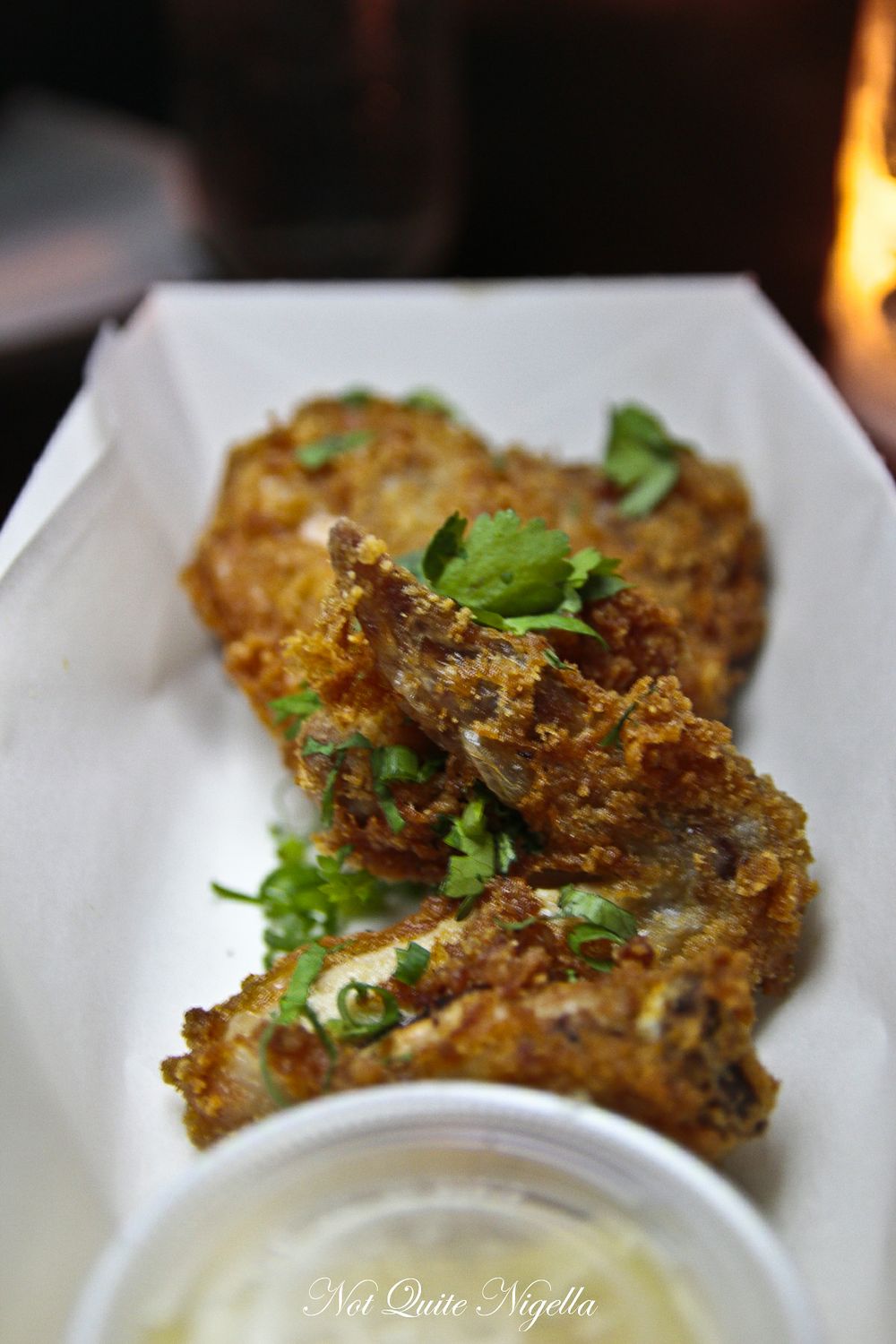 The fried chicken comes as a wing piece and a thigh piece. The golden coating is gloriously super crunchy and the chicken soft inside. It too comes with some mayonnaise although I'd love some Tabasco or lemon to spice or flavour it up. 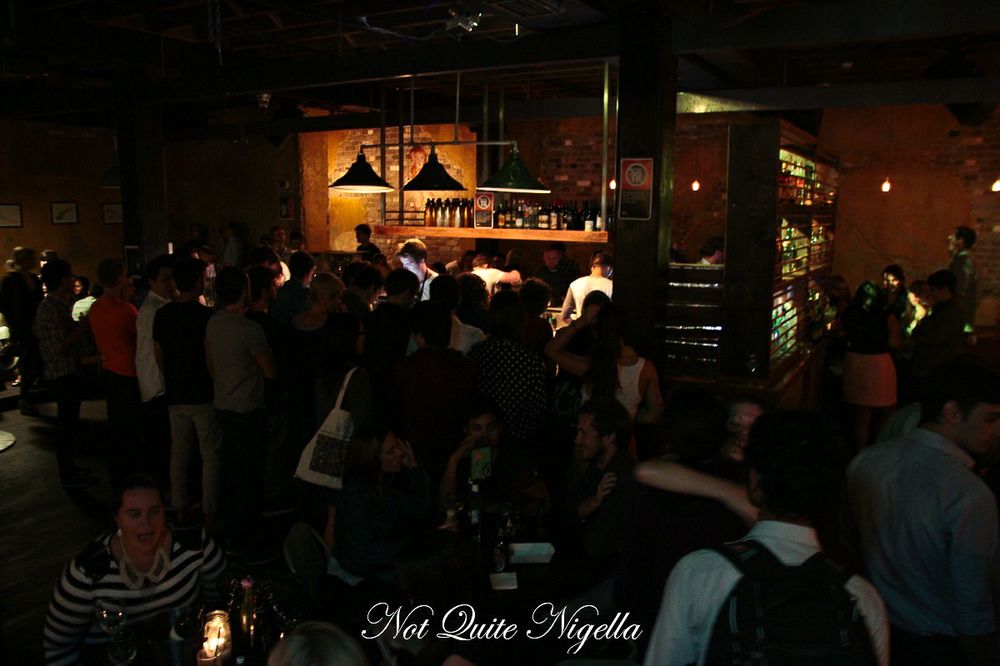 There's no dessert on the menu so we survey the crowd and the groups of people huddled around looking for a seat or table. Tables are at a premium, there's a group of girls standing near us in high heels that gratefully take our table. It's somewhat of an unexpected move that they do take reservations here and their website states that they're open until 5am on Fridays and Saturdays. On the side are old cinema chairs, crates for tables and bookshelves with soda factory spray painted on them. And apart from Wednesdays there are gourmet hot dogs for $10 each in an intriguing amount of iterations while Tuesday has $1 hot dogs.

We leave and stand outside chatting. Louise points out with relief that we aren't the only ones that are confused by the Coke machine door.

So tell me Dear Reader, what is your favourite movie soundtrack? And do you like places that take reservations or is that not an issue for you?

Thursday 5pm til 2am

Friday 5pm til 5am

Saturday 7pm til 5am